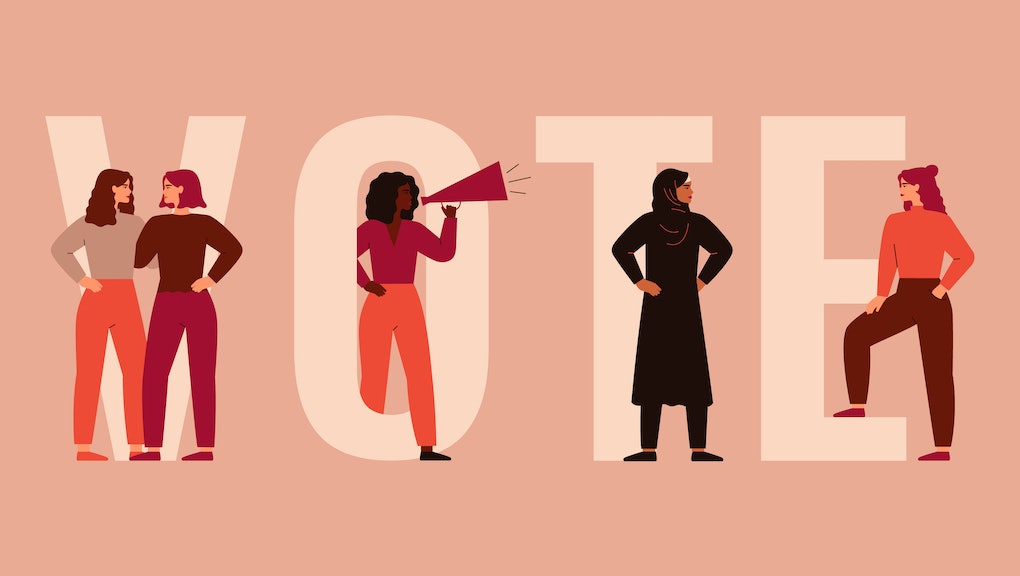 Mail-in voting must be funded before the fall election, experts urge Congress

Managing elections is tricky enough to start, but throw in a pandemic that requires people to avoid large gatherings and you have a whole new slew of problems. While mail-in voting could serve as the alternative to in-person elections, it can't happen without money. This week, over 800 public health experts urged Congress to fund mail-in voting to protect the public.

On Tuesday, a group of experts that included professors from dozens of academic institutions, such as John Hopkins, Harvard, Yale, and Stanford, as well as psychologists and doctors, sent a letter to the House and Senate. The letter requests that states be given $4 billion so they can appropriately fund mail-in voting.

"In order to ensure the integrity of the electoral process and protect the public health at the same time, it is incumbent on our leaders to prepare for a presidential election by mail, in which ballots are sent to all registered voters, to allow them to vote from home and ensure their health and safety in the event of a new outbreak of [coronavirus]," the letter says.

Many states are rushing to prepare for a surge of mail-in voting by the fall. However, the letter pointed out that there are a number of costs associated with this effort, including ballot printing, postage costs, improvements to absentee ballot processing, and more. Congress included $400 million for mail-in voting as part of its March stimulus package, but experts say that's not enough: The letter cites a study by the Brennan Center for Justice that found states need an estimated $4 billion to pull off widespread absentee voting. Without adequate funding for mail-in voting, the pandemic could prevent a free and fair election.

While Republicans have voiced their opposition to mail-in voting, with President Trump even claiming (misleadingly) that it would lead to voter fraud, Democratic leadership has made its support clear. Last month, House Speaker Nancy Pelosi tweeted, "Vote-by-mail is essential to protecting the future of our democracy as we confront this public health crisis. There is no legitimate argument against enacting it."

The public health experts pointed to the election in Wisconsin last month as a specific example for why mail-in voting needs to be funded. In early April, the Republican Party decided to move ahead with in-person voting. Many saw the move as an attempt to ensure conservatives held onto a state Supreme Court seat by utilizing voter suppression tactics. While the plan backfired, with Democratic candidate Jill Karofsky defeating conservative Daniel Kelly for the seat, over 50 people who worked or voted at the election contracted the coronavirus.

Election issues have also arisen outside of Wisconsin. In late April, New York cancelled its June presidential primary after removing Bernie Sanders's name from the ballot, leaving Joe Biden as an uncontested candidate. Douglas Kellner, the co-chair of the New York State Board of Elections, told CNN, "At a time when the goal is to avoid unnecessary social contact, our conclusion was that there was no purpose in holding a beauty contest primary that would marginally increase the risk to both voters and poll workers."

The decision was criticized by Sanders supporters, including New York Rep. Alexandria Ocasio-Cortez (D), because New York still planned to move ahead with its other primary races, which would still require people to show up in person to vote. Ocasio-Cortez tweeted, "This decision does not change the fact that people will still be going outside to vote. If [New York] doesn’t want to risk possibly millions of ppl voting in-person, we need to mail everyone a ballot. Not an application for one."

A federal judge has since ordered that the New York presidential primary go on. This, along with Wisconsin's election, points to the need for Congress to better fund mail-in voting. Like it or not, the coronavirus pandemic means elections cannot safely function as usual, and politicians need to acknowledge the alternatives.

Otherwise, the impact of the coronavirus pandemic will extend far beyond rapidly climbing death counts. It could become yet another tactic for voter suppression that disproportionately impacts communities of color, who are already feeling the harshest effects of the pandemic.

More like this
Texas Democrats are literally leaving the state to protest a GOP-backed voter suppression bill
By Rafi Schwartz
So weird how Sean Hannity is super into the vaccine now
By Vanessa Taylor
Nancy Pelosi took a stand on the Jan. 6 committee, and it left Republicans whiny as hell
By Rafi Schwartz
Stay up to date