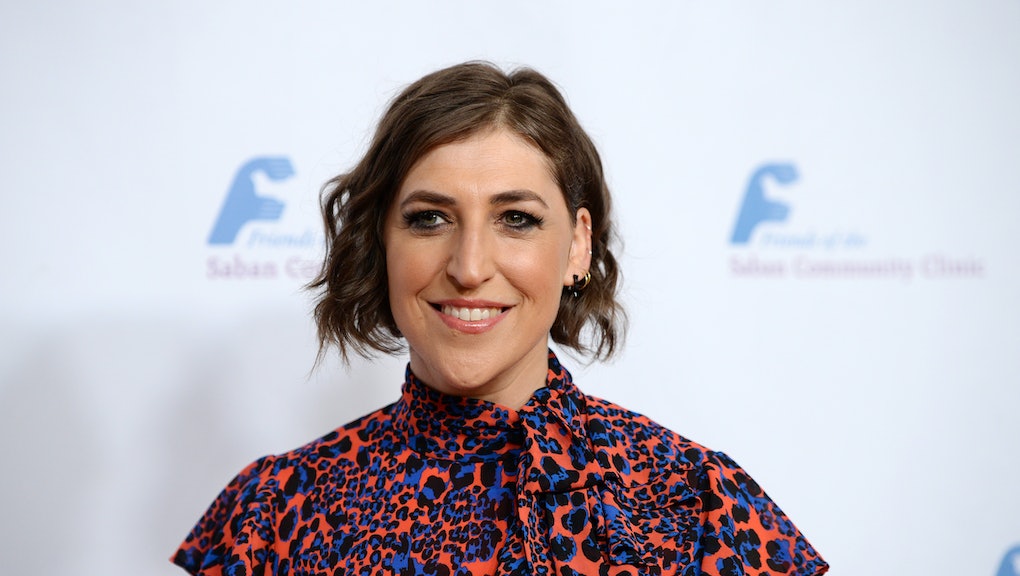 Mayim Bialik's history of science skepticism makes her a bizarre choice for 'Jeopardy!'

The bigwigs at Sony clearly didn't Google the people they picked to replace Alex Trebek. Nine days after he nabbed the nightly hosting gig, Jeopardy! executive producer Mike Richards resigned, since he'd recorded himself saying disparaging things about women, Jewish people, those with mental disabilities and little people on an old podcast series. The other new host, Mayim Bialik, confessed she was skeptical of vaccines in her 2012 parenting book, Beyond The Sling.

"We made an informed decision not to vaccinate our children," she wrote, "but this is a very personal decision that should be made only after sufficient research, which today is within reach of every parent who seeks to learn about their child’s health regardless of their medical knowledge or educational status."

Criticism of Bialik's vaccine hesitancy resurfaced when she was announced as the host of Jeopardy!'s primetime specials, and she played down her previous comments. "She has been fully vaccinated for the COVID-19 virus and is not at all an anti-vaxxer," her spokesperson told TheWrap the day the news about the new hosts dropped.

Bialik also addressed her stance on vaccines with a video titled "Anti-Vaxxers and Covid" in October 2020. "You might be saying, 'Hey, wait a second, you don’t believe in vaccines! You’re one of those anti-vaxxers,'" she said in the video. "Let’s finally talk about it. I wrote a book about 10 years ago about my experience parenting and at the time my children had not received the typical schedule of vaccines. But I have never, not once, said that vaccines are not valuable, not useful, or not necessary because they are."

Another one of Bialik's questionable views on medicine and parenting resurfaced on Tuesday, however, when journalist Eoin Higgins tweeted a screenshot of a quote she gave Self magazine in 2010. You see, she's a vocal proponent of home birth and generally opposed to medical intervention. Writer Taffy Brodesser-Akner pointed out that some women aren't physically able to push out a baby the old-fashioned way, making C-sections a life-saving alternative, and Bialik said the following: "There are those among us who believe that if the baby can't survive a home labor, it is OK for it to pass peacefully," she writes. "I do not subscribe to this, but I know that some feel that…if a baby cannot make it through birth, it is not favored evolutionarily."

To be clear, Bialik said she does not personally believe this, but it's still a shocking thing to hear from an actor who's best known for playing a brilliant scientist on The Big Bang Theory and who has a PhD in neuroscience in real life. It's bizarre that she would even give such ideas credence by bringing them up. It's well-documented that there's an epidemic of medically unnecessary C-sections around the globe and many troubling reports of doctors abusing women during labor, both psychologically and physically. But even mentioning this notion to an expectant mother — that if her baby isn't born the natural way, some people think it shouldn't get a shot at life — feels a lot like telling a person with appendicitis that nature dictates they should die rather than get an appendectomy.

The controversies swirling around Bialik, centered on her fringe anti-science stance, pale in comparison to the things Richards said and did. In addition to his offensive podcast, he'd been sued circa 2010 for pregnancy discrimination by a model on The Price Is Right. He also reportedly mandated that the models' skirts be shorter and that they wear bikinis more often. By contrast, Bialik is entitled to make her own medical decisions for herself and her children. But Jeopardy! is a show dedicated to facts and knowledge. That the current steward of the show is such a skeptic of science and medicine is just weird.

We'll see how the whole Jeopardy! host selection round two pans out. Will Sony just hire Bialik as the full-time host, problematic medical beliefs be damned? Could they surprise and delight us by choosing LeVar Burton, the only candidate really worthy of the job? Time will tell. But one thing is certain about the Jeopardy! succession saga: it's a big old mess.

More like this
A new season of 'Tiger King' is the last thing the world needs right now
By Chloe Stillwell
Late night hosts tried to solve the climate crisis (spoiler: they didn't)
By Kara Weisenstein
LeVar Burton doesn't want to host 'Jeopardy!' anyway, thankyouverymuch
By Kara Weisenstein
Stay up to date