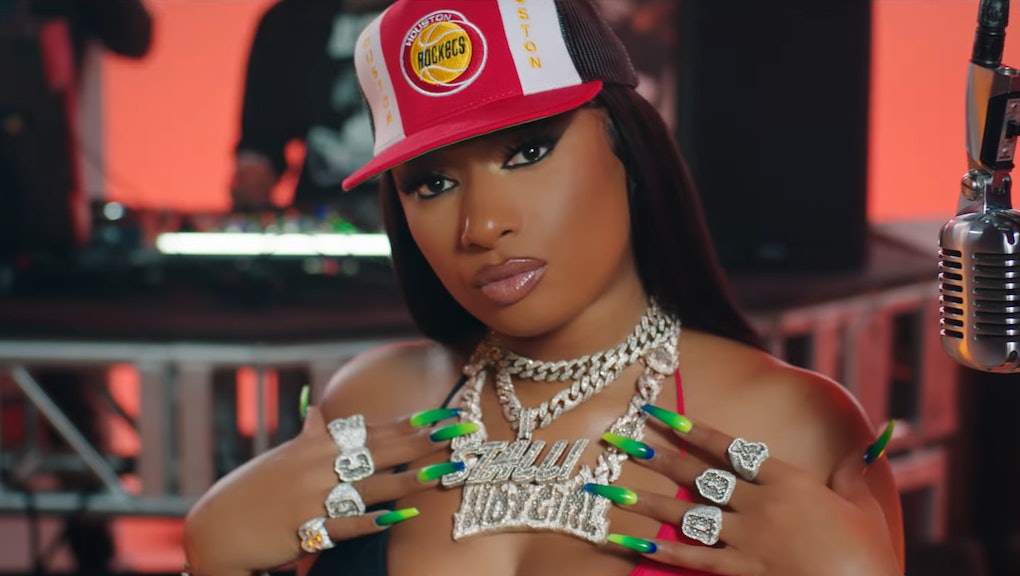 If you were busy during the combination Presidents’ Day-snownado on Monday, then there’s a chance you might have missed two things. Megan Thee Stallion turned 26 — happy birthday Meg! — and Megan Thee Stallion released a rip-roaring new track called “Southside Forever Freestyle.” After a phoned-in turn on the Coming 2 America soundtrack’s “I’m a King” earlier this month, she’s back and going hard as hell right here.

Sporting her Houston Rockets gear on an almost entirely red set, she’s certainly evoking some nostalgia for those scrappier early days. (To go right along with this, she changed her social media display name to Tina Snow, the alter ego from her 2018 EP of the same name. It gets a shout later on the track, perhaps pointing to a full revival.) LilJuMadeDaBeat and Juicy J made the beat, which she runs laps right around.

Whether it’s a one-off or finds a home on some future release, this is Meg in shit-talking scorcher mode — rapping about her domain over an entire season, keeping local rivals in check, rhyming “erect” with “eject.” Even when the stray bar thuds, she zips past with conviction. Paired with Cardi B’s “Up” from earlier this month, it’s another reminder of how cool it is that two of the most popular artists and rappers alive continue to go remarkably hard and force pop’s Overton window to follow suit.

Her output has kept at such a steady clip over the past two years, and she doesn’t show any signs of slowing down. Last year saw Suga and Good News and a pair of No. 1 singles, so while it’s hard to imagine Meg topping those peaks easily, “Southside Forever Freestyle” indicates that she certainly won’t coast on those glories.

More like this
The 8 best reality shows you're not watching, but should be
By Brandon Yu
Steve from 'Blue's Clues' gave us the closure we didn't know we needed
By Kara Weisenstein
The Fugees' first show in 15 years begs the question: Can you be disappointed by a miracle?
By Keith Nelson Jr.
Stay up to date