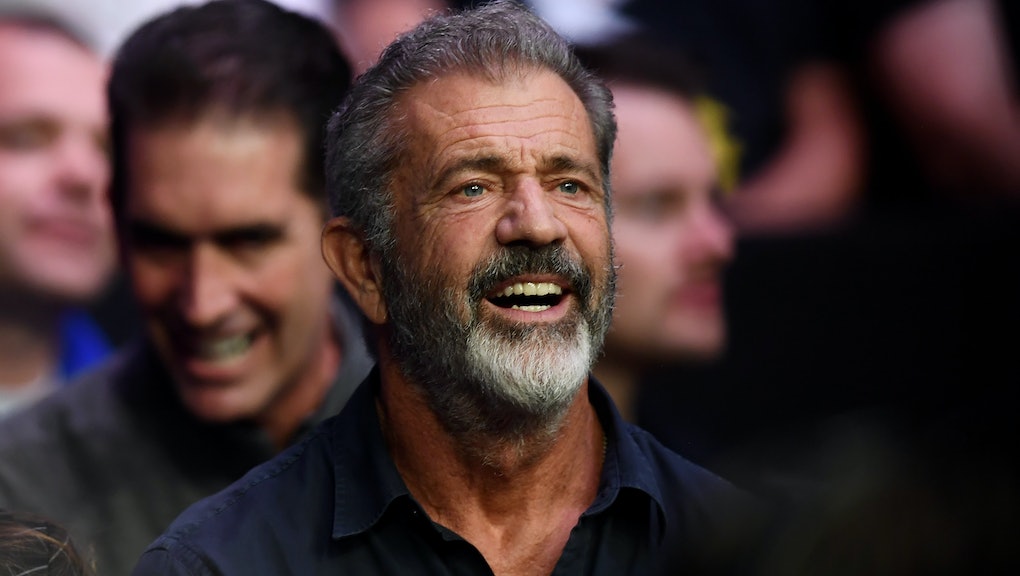 Last week brought us a new spin on a familiar story, or maybe just a familiar spin on an old story. In a new interview with British paper the Sunday Times, Winona Ryder alleged that Mel Gibson asked if she was an “oven dodger” at a party in the mid-90s, along with making a homophobic joke. It was also announced that same morning that Gibson, whose infamous anti-Semitic drunk driving rant in 2006 briefly drove him out of the industry, would not be returning for an upcoming sequel to the beloved stop-motion film Chicken Run.

Culture reporter Alex Pappademas noted that this wasn’t exactly a new story, but the same one Ryder’s told before emerging in new conditions. Pappademas interviewed her in 2010 for GQ, and she delivered the same Gibson anecdote nearly verbatim. Gibson’s team unequivocally denied it as “100 percent untrue,” claiming that Ryder’s been lying for the past decade about the incident. Ryder doubled down with the Hollywood Reporter, sticking to her version of the events: “Around 1996, my friend Kevyn Aucoin and I were on the receiving end of his hateful words. It is a painful and vivid memory for me,” she said.

Another recent Hollywood Reporter piece details all of Gibson’s upcoming projects, and the list is seemingly unending: besides the straight-to-home video bomb Force of Nature, he has at least three upcoming onscreen roles in the pipeline. There’s the Christmas action-comedy dubbed Fatman, the film Last Looks, which was shot last year, and Joe Carnahan’s forthcoming Leo From Toledo. Add to this his high-profile directing gigs — a long-in-the-works sequel to The Passion of the Christ and a Wild Bunch reboot at Warner Bros. — and the man isn’t going anywhere. THR notes that he’s no longer attached to a number of other projects, like a thriller with Tye Sheridan called Black Flies, but there’s no indication that these are related to his latest controversy.

There have been a number of high-profile removals over the past two weeks — old and not-so-old episodes of popular sitcoms featuring blackface, voice actors stepping away from roles portraying animated characters of a different race, and the whole Gone with the Wind snafu over at HBO Max. This exorcism of past racist content from streaming platforms has led to some unfounded optimism that someone who’s espoused anti-Semitic and homophobic vitriol might also be cast out of the industry. But much like how scrubbing old episodes is more of a conscience-cleanser or legacy preserver than actual reckoning with past racism, it’s hard to expect the same industry to cede the same ground when profits are on the line.

If people were able to excuse the anti-Semitism in 2006 after a brief hiatus, there’s little reason to believe that the same audience that turned out in 2016 would have reached a breaking point now.

And Gibson’s still enough of a money-maker for this kind of thing to not shake Hollywood’s adults in the room. If the popularity of his no-name thriller on Netflix, Blood Father, wasn’t indication enough, just look to what his last directorial effort grossed. Hacksaw Ridge — a frankly terrible and mawkish World War II film that netted Gibson a Best Director Oscar nomination — brought home $180 million at the international box office and $67 million domestically. If people were able to excuse the anti-Semitism in 2006 after a brief hiatus, there’s little reason to believe that the same audience that turned out in 2016 would have reached a breaking point now.

One studio executive speaks candidly with THR to this point. Here’s Phil Hunt of Head Gear Films, who said he was offered to help fund Gibson’s Hacksaw Ridge ahead of its release, but decided against it “because I thought there could be a Mel Gibson problem, and I was wrong. There wasn’t a problem. And people made good money.”

The profits will render someone like Mel Gibson uncancellable until his eventual retirement or death. Anyone who cares enough about his transgressions will just be forced to relive the same stories every five or ten years as studio executives memory-hole his bad behavior away before cashing the next check.

More like this
In 'Roadrunner,' Anthony Bourdain shows us the beauty of the mundane
By John Saward
Phoebe Bridgers and John Mulaney announced tour dates and the internet imploded
By Chloe Stillwell
Black Widow shows Hollywood can handle a dark female superhero (finally)
By Chloe Stillwell
Stay up to date