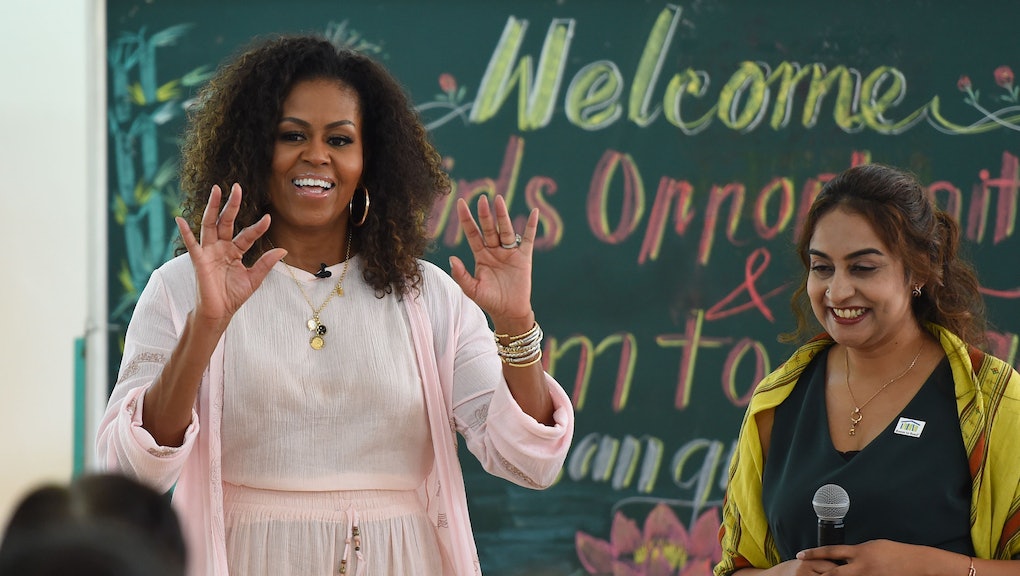 Former First Lady and permanently beloved Michelle Obama has pivoted from the White House to reality TV. On Instagram, she announced that she will be premiering a new reality show on the platform’s IGTV called A Year of Firsts. IGTV is Instagram's long form video platform, which launched in 2018. It was poised as Instagram's push to enter the original content gold rush.

“As a first-generation college student myself, I know how intimidating it can be to take that leap and pursue your educational dreams,” Obama wrote on Instagram. “That’s why I’m so proud of these students. By sharing their stories, they’re helping others see that the ups and downs of the first year of college are something everyone goes through — and they’re creating a supportive community for others facing similar challenges.”

As the issues of poverty, hunger, and mental health on college campuses become more discussed, a show that follows the lives of first-generation college students is a valuable opportunity to have the stories of real people attached to relatively anonymous statistics. The show will be produced by digital-news outlet ATTN in partnership with Obama’s organization Reach Higher. The organization is focused on getting high schoolers into college, and then successfully through their college education.

The four students featured in A Year of Firsts, Robert, Linette, Regan, and Haseeb are attending their first year of college at campuses across the country, and vlog their experiences. “Can't wait for you all to meet them and learn more about what taking that leap really feels like, day in and day out,” Obama continued on Instagram.

“As Mrs. Obama highlights in each episode, there are many hidden challenges to making it through college,” ATTN: co-founder Matthew Segal said in a statement to The New York Daily News. “This series will meet many students where they live — on Instagram — and share candid perspectives about how to overcome barriers.”

The show will premiere on IGTV later in January and run through this June.

More like this
The reason Simone Biles quit was more heartbreaking than we could've ever imagined
By Brandon Yu
R. Kelly was found guilty on all counts, and could serve decades in prison
By Brandon Yu
Uma Thurman recounted her abortion as a teen in a powerful rebuke of the Texas law
By Kara Weisenstein
Stay up to date