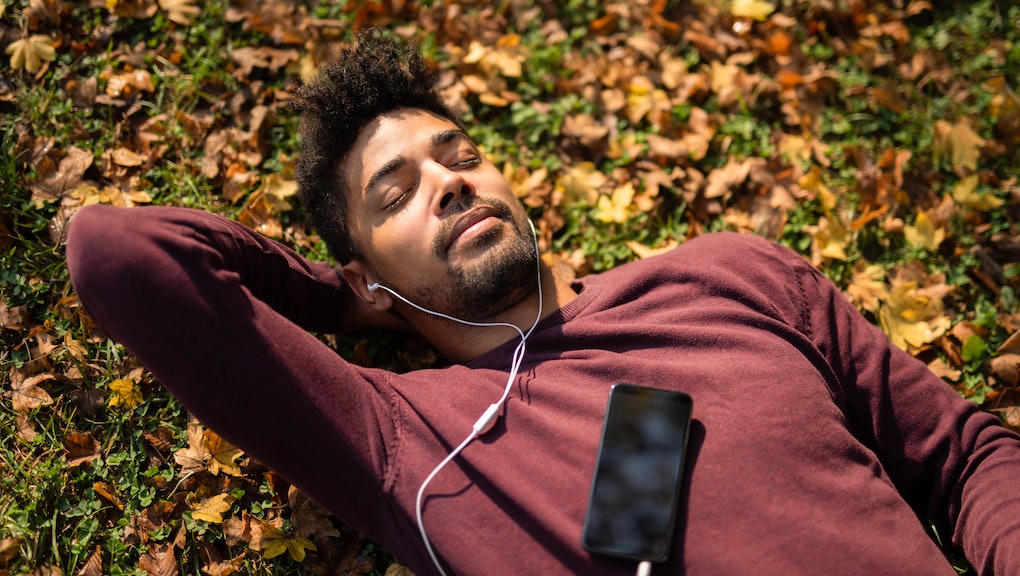 Mindfulness has been white-washed, but this app actually gets it right

Stress is a part of every human life, but as a Black man in America, it’s a sizable part of my identity. From the moment I was born, I was unknowingly thrust into a world that fetishizes, misconstrues, and fears Black men like me. And lately, as an adult, any step I’ve taken to relax is undone by another headline of injustice or video of racial violence against my community. And that’s in addition to all the other life-related crap I have to deal with as a gay millennial — it’s a recipe for an absurd amount of shoulder tension. Like everyone else downloading mindfulness apps, I could use some tech-assisted inner peace.

My experiences with meditation have been so-so, at best. Admittedly, the world’s brutalities have made a cynical man out of me. The optimist in me, however, crops up through my art and my writing, when I try to look toward the light in those quiet moments. I’ve tried meditation before, but all that seems to happen after a few minutes of looking into my inner being or holding a yoga pose is what I want for dinner later. While anticipating food is its own kind of inner peace, it’s not kind I’m looking for when I meditate.

And, as someone with anxiety, I should be able to benefit from meditation, right? It’s not only my own doubt that gets in the way of mindfulness, either: It’s the image of meditation as luxury and solitude — something for rich white folk. And that’s ironic since the meditation we know comes from East Asian traditions. How is a Black man like me supposed to relax when all I can think of when I om is Gwenyth Paltrow?

Luckily, my community came through for me. While scrolling thought Twitter, a woman I deeply respect suggested Liberate, an app “a subscription-based meditation app that includes practices and talks designed for the BIPOC community.” That might not sound like much, but for a fault-finding gentleman such as myself, I was surprised at how different an experience with meditation I had.

A disclaimer: This isn’t sponsored content or even my attempt at promoting this app — it’s just that there aren’t many out there like it, ones that include Black and brown guides in leadership positions. The sessions range from five minutes to a little over half an hour each, and the session types range from anxiety, restfulness, and love — more common meditations in wellness apps like Headspace and Calm — to the subjects of ancestry, microaggressions, pride, and masculinity. Hey, if you’re going to meditate on something, make it count.

I’ve tried sessions at both ends of the spectrum: a popular calming exercise on the app called ‘The Full Body Breath” with Sean Felt Oakes, a Liberate teacher who is studied in several Buddhist lineages — and, not for nothing, one of the most calming voices I’ve heard in months.

On the other side of the spectrum of racial mediation, a session I did one morning called “Contemplating and Celebrating Blackness” helped me see my racial identity as a benefit right from the beginning of the day. It’s sad to admit it, but that’s really not something I’m used to. Internalizing negative or stressful news related to my community on a daily basis linked my identity, in a way, to trauma.

Ruth King, author and international teacher on the app, has another powerful practice: She had me examine my lineage and identify everyone that had to meet in order for me to exist. Kind of existential. Even days later, my cynical self admits that is a truly beautiful thought to carry.

Another thing I really appreciated about this app is the fact that there are comments beneath each talk. One such talk, “The Joy of Gratitude,” also by King, has more than 300 comments underneath, with people lauding the finer points of the meditation. It might seem mundane, but for me, fostering a feeling of community amongst Black people is crucial. It made me feel less alone, even when I’m by myself with an exfoliating face mask on in my bedroom.

The wellness industry, as a whole, needs to include more voices — ones that can speak to my existence on this blue marble in a more nuanced way. I mean, one look at the staff of the most popular wellness app, Calm, is enough to make you wonder if there's even space for leaders of color in the mindfulness industry. This and many other companies have been assuring us, latel,y that Black Lives Matter — but I’d prefer everyone put their money (*cough* new hire salaries) where their mouth is, all while making the wellness industrial complex a more welcoming space for me, my meditation practice, and my money.

More like this
We learned collective grief from 9/11. We could really use those coping skills right now
By Melissa Pandika
Brain scans revealed how racism weighs on Black women's health
By Sierra Carter
'Nine Perfect Strangers' is a deranged portrait of psychedelic wellness retreats
By Erin Qualey
Stay up to date