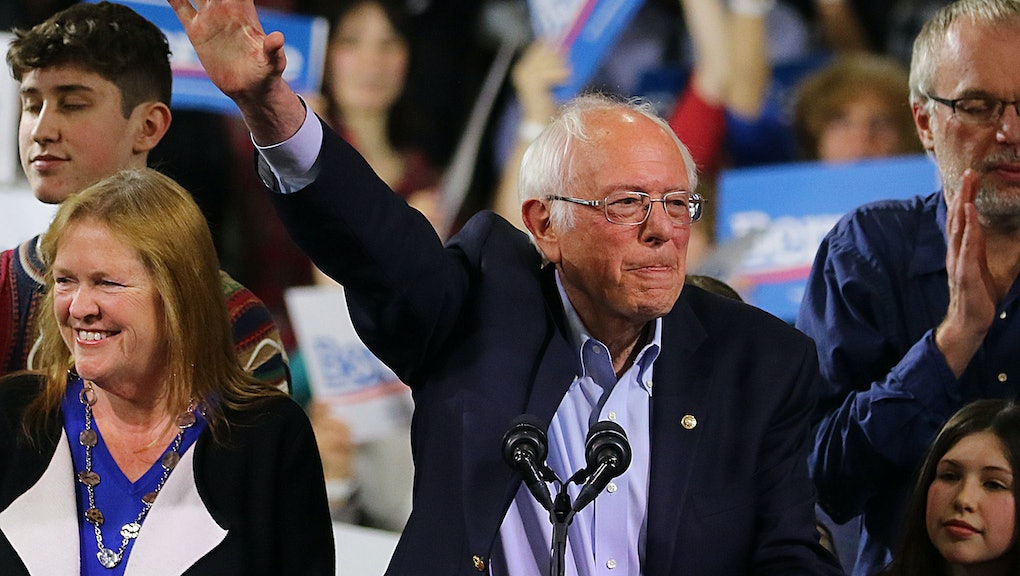 By a more than 2 to 1 margin, Muslim Americans who voted in this week's Super Tuesday Democratic primary races cast their ballots for Vermont Sen. Bernie Sanders when compared to his next nearest rival, former Vice President Joe Biden. Sanders's dominance with Muslim American voters is one of the key findings of a just-released study and exit polling data from the Council on American Islamic Relations, which sampled nearly 600 households across all 13 Super Tuesday states.

According to CAIR's analysis, the vast majority of Muslim Americans who participated in the primary voted for Sanders, at 58.2%, followed by Biden at 26.8%. Both Mike Bloomberg and Elizabeth Warren — each of whom has since dropped from the Democratic presidential primary race — polled within the 5% range.

Indeed, Sanders in particular has counted on several high-profile Muslim supporters to serve as top surrogates for his campaign, including Minnesota Rep. Ilhan Omar, who frequently joins Sanders at rallies, and Michigan Rep. Rashida Tlaib, who has been vocal in her criticisms of both Biden and Sanders's 2016 opponent Hillary Clinton.

Biden, meanwhile, has drawn criticism for his hiring of Amit Jani as his campaign's Asian American Pacific Islander national vote director, after it was reported that Jani was a vocal supporter of Indian Prime Minister Narendra Modi, whose time in office has seen India become increasingly hostile — and recently violent — toward Muslims.

"As an Indian-American, who’s seeing the humanitarian crisis imposed on Kashmir by the Modi government — it is truly troubling to see Biden elevating someone who is in support of this now bordering on fascist regime in a leadership position," Imraan Siddiqi, CAIR's Arizona chapter director, told The Intercept in September.