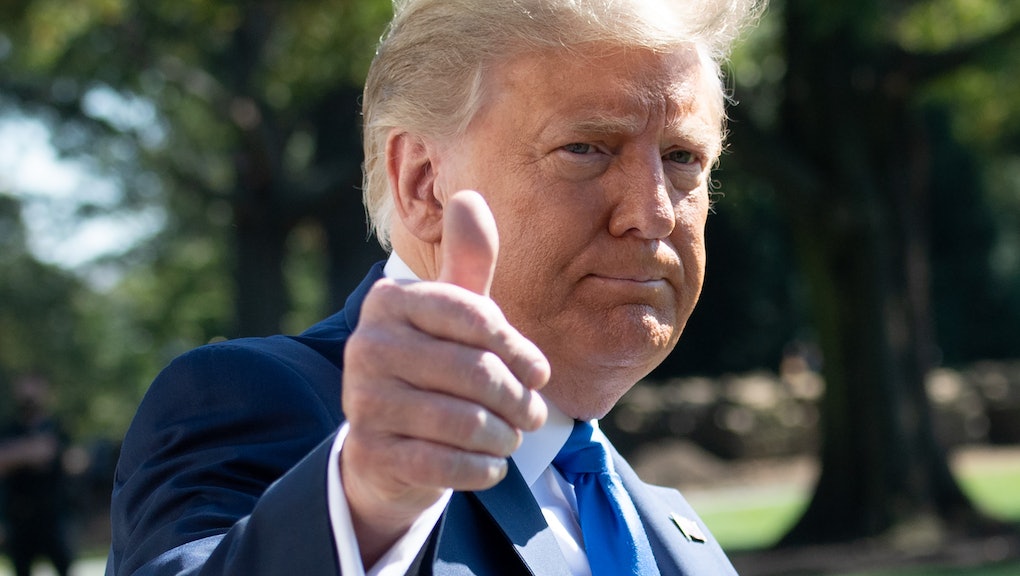 NBC gave Trump a televised town hall, so of course he turned around and trashed them

When NBC News hastily announced plans to host Donald Trump for a Thursday night town hall opposite a previously scheduled Joe Biden event set to be broadcast on ABC News, it was clear that, despite the networks' insistences about "fairness" and "commitment" to both campaigns, the move was as much an issue of ratings and clout as it was some idealized aspiration toward political equanimity.

The president, of course, doesn't care about any of that; after all, the whole charade is happening at all because Trump ignominiously bowed out of the second presidential debate after the organizing commission decided to take it virtual because of his coronavirus diagnosis. No, his is a politics motivated almost exclusively by a toxic combination of self-absorption and vindictiveness — so much so that he can't simply accept that NBC News handed him an hour of prime-time television for him to bloviate and spout falsehoods and maybe even blow some dog whistles, all on a silver platter and tied with a bow. Because, if he really understood that, he'd probably do the one thing we all know is impossible for him: Shut the hell up.

But no, this is Donald Trump we're talking about here. President Tough Guy. A big strong man who absolutely looks gift horses in the mouth, and then turns around and talks miles of shit about gifts, and in fact horses in general.

And so, during a rally in North Carolina on Thursday, just hours before he was scheduled to take the stage NBC's news division had so kindly crafted for him, Trump used the opportunity to drop a massive steaming turd on his upcoming host network (which, incidentally, is probably as responsible as anyone or anything else on Earth for putting him in the White House in the first place).

Uninspired wordplay aside, Trump's bite of the hand that feeds him is perfectly in character for someone who reportedly privately mocks his religious supporters and absolutely loves reciting a fable about how some people will inevitably betray you.

This is, of course, exactly what NBC deserves for its decision to award Trump's cowardly retreat from an actual debate with prime-time televised slot during which he can pontificate without interruption. But Trump's broadside contained within it the opportunity for the network to redeem itself, and earn back the credibility it is bleeding thanks to the blowback from appalled employees both past and present.

Because if Trump truly believes NBC is "the worst," as he insisted in North Carolina, then why should the network move ahead with hosting him? By insulting them, Trump has given NBC the perfect justification to cancel their ill-planned town hall and save face without appearing as if they've crumbling in front of angry employees. Sure the president will rant and rage for a bit; he'll call them "fake news" and "enemy of the people" and whatever other insults he can squeeze in.

But he's doing that already. NBC literally has nothing to lose here, except ratings — ratings which, until about 30ish hours ago, they weren't going to have anyway! So what's stopping them now?

If hosting Trump was truly "motivated only by fairness, not business considerations," as NBC News Group chairman Cesar Conde said Thursday, then it's only fair to drop this nonsense and hang the president out to dry.

Unless, of course, there are business considerations at play after all?

More like this
Nancy Pelosi took a stand on the Jan. 6 committee, and it left Republicans whiny as hell
By Rafi Schwartz
As Biden nears an elusive infrastructure deal, Trump is saltier than ever
By Rafi Schwartz
Biden's idea of filibuster reform is to bring back painfully long and boring floor speeches
By Vanessa Taylor
Stay up to date