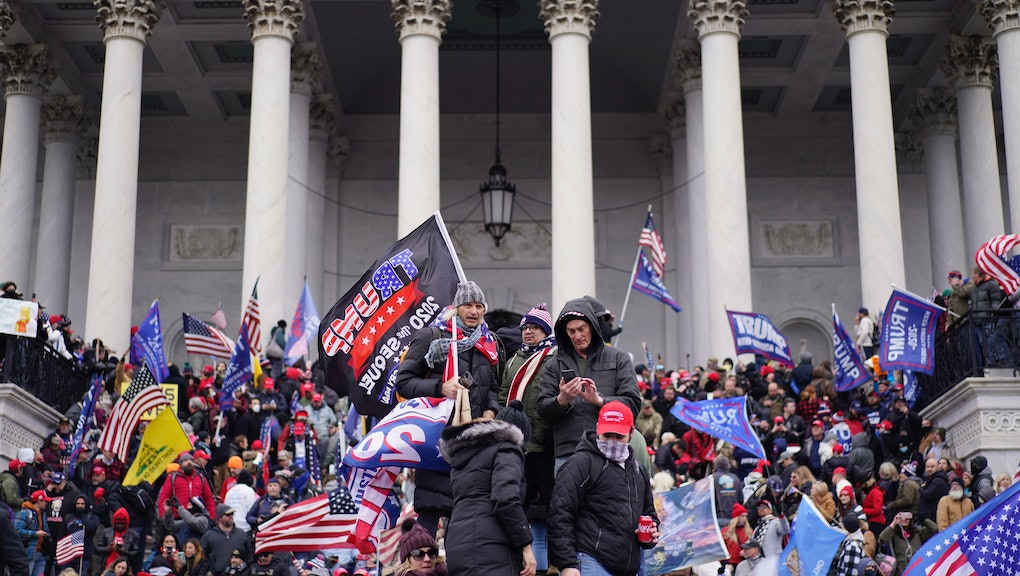 In basic terms, the phenomenon commonly known as the "Mandela Effect" is best understood as a mass mis-remembering of some collectively experienced event. Ordinarily, examples of the Mandela Effect are fairly harmless: people swearing that classic children's book titles were spelled this way instead of that way; quoting classic movie lines that simply don't exist; stuff like that.

In the case of the modern Republican Party, however, a mass mis-remembering of former President Donald Trump's Jan. 6 attempted coup is less a quirky glitch of fickle human neurology, and more a sign of the deep, reality-adverse rot at the heart of the MAGA-addled conservative movement.

According to a just-released Reuters/Ipsos poll on Monday, nearly half of the self-identified Republican respondents believe the Jan. 6 insurrection was the either a largely non-violent protest (five people died) or was the work of leftists "trying to make Trump look bad." And only 30% of Republicans believe Trump bears some responsibility for the attempted coup. (One person who has recently admitted the insurrection was Trump's fault? His last secretary of defense.)

Geer's warning echoes a similar finding from an earlier Ipsos poll, showing the widespread acceptance of — or at the very least, openness to — the absolutely deranged QAnon conspiracy theory that satanic child murderers exist in the uppermost echelons of power.

"What this poll really illustrates to me is how willing people are to believe things that are ludicrous because it fits in with a worldview that they want to believe," Ipsos pollster Chris Jackson told NPR following the publication of that study, just days before the Jan. 6 insurrection took place.

As horrifying as it is to see nearly half of a major political party reject the reality of a Trump-inspired coup that played out unambiguously in front of everyone's eyes for hours, the implications of Monday's Reuters/Ipsos poll are even more worrying when you consider the future.

"There was a chance after Jan. 6 for Republican leaders to really put their foot down and say, 'We can't be the insurrectionist party,'" former Jeb Bush spokesman Tim Miller told Reuters. "Now that opportunity is totally gone."

In other words, not only does almost half the GOP refuse to believe what was in front of their very eyes, but the damage of their refusal is likely to stick around for a long, long time.