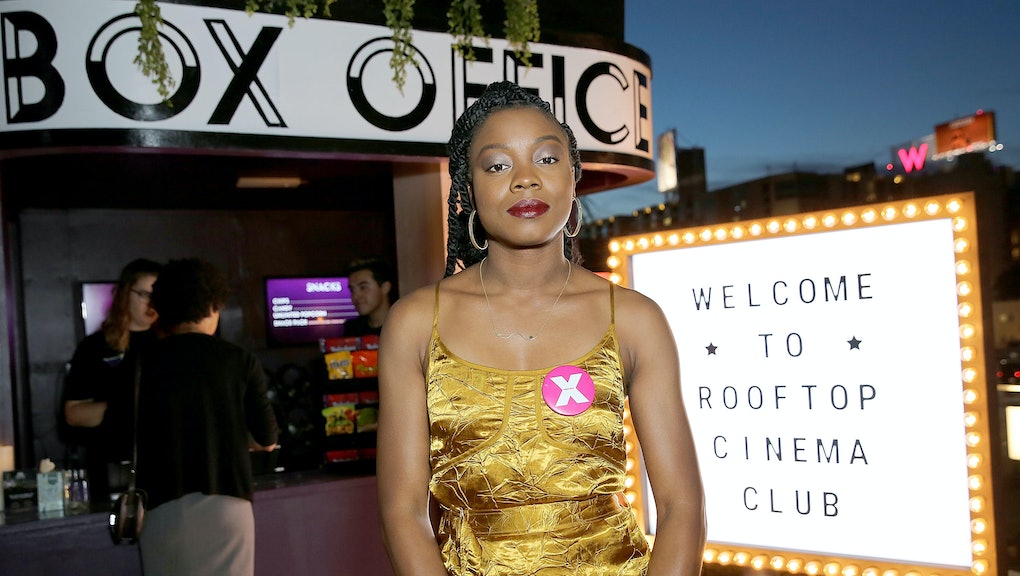 Student loans are one of the scourges of society. It feels Sisyphean really, the fact that loans are inevitable for most people in order to get a college education, and we live in a society built on the college industrial complex that tells us that a college education is the only way to a decent career, and the more prestigious (read: expensive) the college, the better. Add the constant background noise of politicians bickering every election cycle on if they should cancel student loan debt, dangling tasty relief for so many, followed by the cacophonous debate on what that means for people who paid off their loans without relief, and it all amounts to a quiet, constant and very American hell. To top it off filmmaker Nia DaCosta revealed this week that you can even land a Marvel movie and still not be able to pay back your exorbitant debt.

DaCosta — who recently became the first black female director to have a film debut at number one at the box office with Candyman — was quoted in the New York Times column, "The Balancing Act," by accidentally running into reporter Julia Rothman when she was interviewing people on the street. In 2020, DaCosta is quoted saying, "If I direct a huge movie, then I'll pay it [$100,000 in student loans] all off in one fell swoop. Like if I get an Avengers movie, my first big purchase will be to pay it all off."

Well, now DaCosta is directing a Marvel movie, with the upcoming production of The Marvels, the Captain Marvel sequel. But that doesn't mean that "smooth, casual $100,000" goes away immediately. DaCosta revealed on the podcast Blank Check, “I was like, I will only pay them off if I get a Marvel movie, and now that I have one, I’m like ‘Jesus, I’m still not going to [be able to] pay them all off. Everyone thinks I literally paid them off like when I got the job, which is not how you get paid through the [Directors Guild of America]."

She'll likely eventually be able to pay it off, DGA payment structure notwithstanding. But the quip comes at a time where we're having a post-pandemic reckoning across industries economically. People have had time to existentially re-think what kind of work they really want to be doing, and what pay they're willing to do it for. In the same way that the service industry is having to rethink how it courts employees, Hollywood is being asked to re-think how it pays its talent (though I'm pretty sure the former would rather have the latter's kind of problems). Scarlett Johansson most recently stirred the pot, suing Disney over royalty losses due to the streaming release of Black Widow, an issue that speaks to most filmmakers and stars' pay being tied to box office success on the backend. Perhaps when The Marvels finally premiers in November of 2022, DaCosta will finally be able to pay back her loans. Until then, enjoy this bizarre case of: celebrities, they're just like us!

More like this
Alanis Morissette is really not happy with the 'Jagged' documentary
By Kara Weisenstein
The unmatched power of Michael K. Williams
By Bonsu Thompson
Even in death, Michael K Williams was, and still is, Brooklyn for life
By Keith Nelson Jr.
Stay up to date