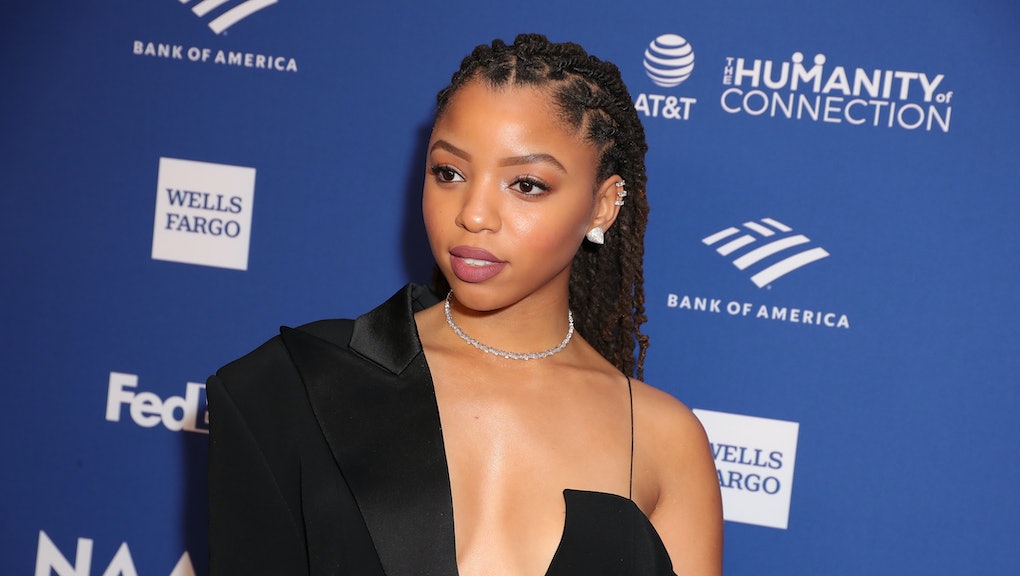 Haven't we had this discourse already? Over the weekend, fussy types took issue with Chloe Bailey's sultry cover of Nina Simone's "Feeling Good," her contribution to the EP Liberated / Music For The Movement Vol. 3, which she performed as part of an ABC concert special celebrating Juneteenth. The singer, one half of the sister act Chloe x Halle, showed off her stunning range while putting her spin on the classic, hitting impossibly low notes and whistle tones with apparent ease. But instead of her vocal gymnastics, people fixated on her dance moves, arguing (wrongly) that such a sexy display was antithetical to Simone's legacy.

The legendary artist's granddaughter put a stop to that fairly quickly on Saturday. "What y’all don’t understand is that grandma was a free spirited woman herself," RéAnna Simone Kelly tweeted. "She would’ve loved that performance as much as I do! Relax. Chloe killed it."

Kelly encouraged people to watch the documentary What Happened, Miss Simone? for context on her grandmother's life and legacy. "Grandma was unapologetically herself. She was a muhhhfuckin badass woman who did what she wanted when she wanted. She was a sexual woman and she expressed that. Educate yourselves !! If grandma could she probably would’ve done that performance herself," she wrote.

Chloe got the chance to address her critics during an appearance on Good Morning America on Monday. "I have always loved Miss Nina Simone forever," she said. "The performance was inspired by her spirit and her confidence and her honesty. I worked incredibly hard to put it all together. I still have scrapes and bruises from all the rehearsals."

She told GMA that she and her sister used to sing Simone's classic together in Atlanta when they were young. "Now being 23 in like 10 days," Chloe said, she wanted to explore it from a more mature perspective. "Being able to reinterpret the song and make it feel more of me — and it was already difficult because I've always been in love with Nina Simone's rendition of 'Feeling Good' and just feeling her joy in the pain and everything in her voice within that song — I wanted to make it my own," she said.

Bailey's performance of "Feeling Good" on GMA was more subdued than Saturday's. She looked like a resplendent sunrise, sparkling in red, pink and gold-toned sequins against a magenta ombre background. Aesthetically, it was a gorgeous evolution from the nighttime performance, which had Bailey dancing in front of a glowing full moon in a sheer, bejeweled catsuit. But due to the discourse the latter had generated over the weekend, it kind of seemed like Chloe's critics had shamed her into dialing it back.

I don't think that's the case, but it also feels incredibly icky that the young star's fans have repeatedly policed her sexuality. When Chloe launched her own Instagram and showed off her curves, as people tend to do on social media, people freaked out enough that she felt compelled to defend herself in a tearful live video. Anyhow, "Feeling Good" is a celebration of pleasure, power and freedom. To shame a young Black woman for her sexual autonomy completely misses Miss Simone's point.

More like this
DaBaby isn't done being wrong — and it's costing him his career
By Keith Nelson Jr.
What happens when The Weeknd is too much for Abel Tesfaye to handle?
By Keith Nelson Jr.
Billie Eilish hates that her body distracts from her music
By Kara Weisenstein
Stay up to date