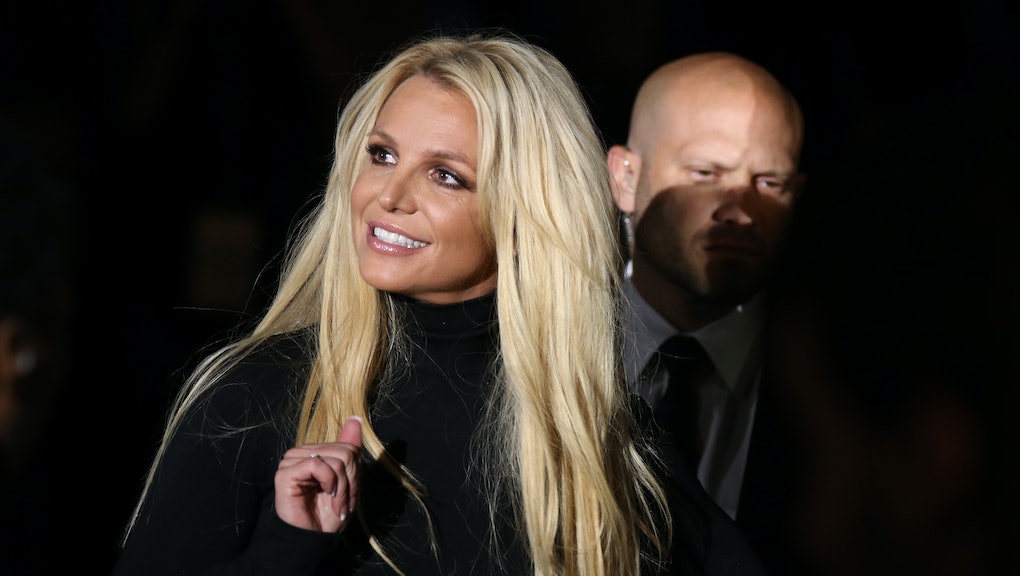 Nobody has ever deserved retirement more than Britney Spears

The day before America celebrated its independence, The New Yorker published an exhaustive piece detailing Britney Spears' conservatorship nightmare. Co-written by celebrity journalists Ronan Farrow and Jia Tolentino, it's a harrowing behind-the-scenes investigation into how the pop superstar's father, Jamie Spears, and a cadre of lawyers worked together to strip her of her freedom and make it nearly impossible for the 39-year-old multi-millionaire to reassert control over her life.

The article feels like a one-two punch coupled with Spears' explosive testimony in court on June 23. The details that've emerged make those who claimed to be working in her best interest seem complicit, incompetent, or much worse. Testimonials paint Jamie as a cruel patriarch with a history of alcoholism who relished controlling his daughter. Others in Spears' employ, including her court-appointed lawyer Sam Ingham, come off badly, too. For example, the pop star covers his annual salary of $520,000, yet Ingham has spent shockingly little time with his client. According to The New York Times, the probate lawyer described a 90-minute meeting as “at least three times longer” than any time he'd previously had with Spears.

The swell of support for Spears has prompted a few big shifts, namely that people previously responsible for managing her affairs are quitting en masse. Larry Rudolph, the singer's longtime manager who brokered a six-album deal with Jive Records when Spears was 16, officially resigned on Monday, writing: "It has been over 2 1/2 years since Britney and I last communicated, at which time she informed me she wanted to take an indefinite work hiatus. Earlier today, I became aware that Britney had been voicing her intention to officially retire."

According to TMZ, Ingham is filing paperwork to resign as Spears' lawyer this week, too. The tabloid reported he was "extremely upset" by her statements in court — but mostly about the allegation that he didn't inform Spears she could petition to end the conservatorship. Several sources told The New Yorker they thought Ingham was loyal to the conservatorship and reported on Spears' activities to Jamie. Estate-and-probate lawyer Lisa MacCarley, who described herself as a "mascot" for the #FreeBritney movement, claimed that LA's probate court system is full of cronies. She said that Ingham "has made a lot of money bullshitting people."

Just last Friday, Bessemer Trust, the financial firm appointed to co-manage Spears' finances with her father, asked to "immediately" resign from a job it evidently never began "due to changed circumstances." TMZ said to expect more resignations connected to the conservatorship this week.

The next hearing on Spears' situation is scheduled for July 14. TMZ's intel indicates that Jamie and his team plan to dispute many of the claims the singer made in court, including that she's not allowed to get married or have a baby, is kept away from her kids, and didn't know she could end the conservatorship. One puzzling detail is why Ingham hasn't yet filed a formal petition to do so, considering his client's clear and impassioned intent to break free. With him asking to step aside, it's unclear whether she'll be able to hire a lawyer of her choosing.

Truly regaining her independence could be an uphill battle, however. Conservatorship law is written so the court is supposed to verify that a guardianship is — and remains — necessary. But ACLU disability rights attorney Zoë Brennan-Krohn told The New Yorker that: "In practice, this is absolutely not the case. What should be happening is that a judge at a reëvaluation hearing would ask, 'What else have you tried? Why isn’t anything else working?' And, if the conservator hasn’t shown that they’ve tried less restrictive options, the conservatorship should be suspended. But I’ve never heard of a judge asking that in any situation."

The longterm fix to protect conservatees like Spears — and the thousands who aren't as wealthy and visible as she is — is lobbying for laws that actually ensure them due process. For example, Spears repeatedly tried to hire outside counsel, since Ingham was so hands-off and allegedly in her father's pocket, but the court repeatedly denied her the right to hire a lawyer of her choice. Once considered a fringe conspiracy theory, these days the #FreeBritney movement is concerned with getting legislation passed in California that'd strengthen the right to legal representation for people under guardianships. A best-case outcome would be Spears herself joining the crusade.