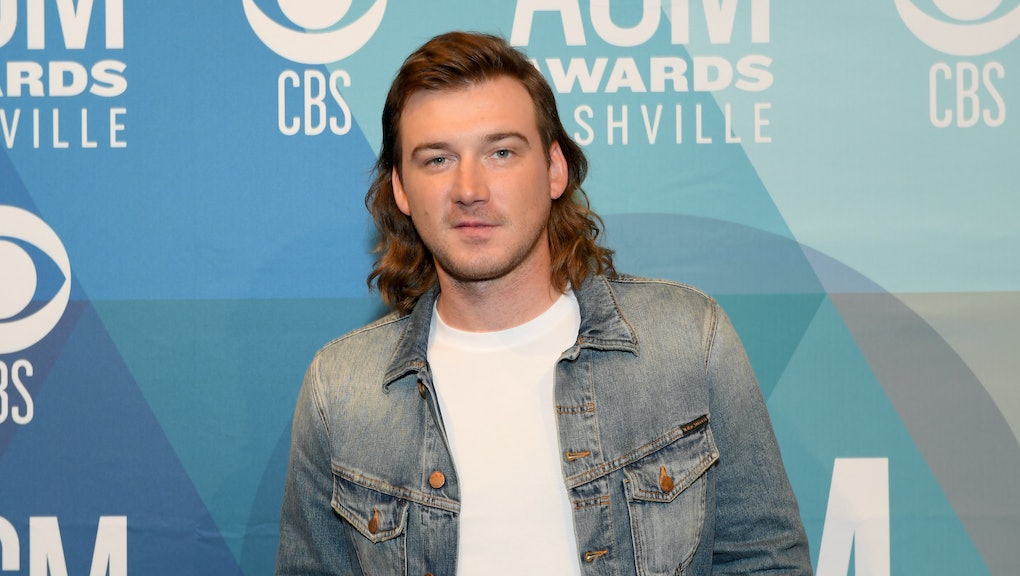 After Morgan Wallen was caught on camera shouting the N-word outside his Nashville home, you’d be forgiven for thinking he might face some degree of consequence for the public display of bigotry. At first, he did: Wallen was removed from playlists on Spotify, Apple Music, and numerous country radio stations. Somewhat ambiguously, his label Big Loud Records suspended his contract “indefinitely.” Meanwhile, his music continued to rake in the sales.

His latest record, Dangerous: The Double Album, spent its fifth straight week at No. 1 on the Billboard 200, moving 150,000 album-equivalent units. Although his streams have fluctuated a tiny bit since the incident, while still generating huge numbers, the traditional sales — that is downloads and physical copies — are only growing. Last week, the sales accounted for 37,000 units, or a 49-percent increase from the week prior. Wallen’s 2018 album, If I Know Me, also entered the top 10 for the first time.

Tricky situation, isn’t it? The sales increase at this stage in the game certainly imply a reactionary boost — either a tacit endorsement of his behavior, or an exasperated attempt to make sure that saying a slur on camera isn’t a career-ending offense. Although Wallen seemed well-positioned as a cancel-culture martyr, in the way that Gina Carano has giddily angled after her dismissal from The Mandalorian, he’s publicly steered in the other direction. Wallen made clear to fans in an Instagram video last week that he didn’t want them to defend his actions or excuse them away. “I appreciate those who still see something in me and have defended me. But for today, please don’t. I was wrong. It’s on me to take ownership of this and I fully accept any penalties I’m facing,” he said.

Wallen is certainly talking a good game of contrition up to this point, or at least a better one than the right-wing outrage machine tends to reward. (Jason Isbell, all-around good guy and co-writer on Wallen’s “Cover Me Up,” has gone a step further in donating all of his proceeds from the album to the Nashville NAACP chapter.) With incredible velocity, Wallen ascended to a place in the music industry where he was simply too big to fail — or delivered a racist transgression that a significant enough portion of America didn’t consider a dealbreaker.

Hardly the first major pop artist to be in this situation — you may recall 6ix9ine and the late XXXTentacion becoming more popular after horrific allegations of abuse — Wallen certainly is not going anywhere in the long term. The same major label PR machine that’s nudged him to “go off the grid for a little while and get used to making good decisions” will work mightily to ensure all these new fans don’t go unsatiated for too long.

More like this
I never want Tucker Carlson to stop talking about Nicki Minaj's cousin's friend's enormous balls
By Rafi Schwartz
Lil Nas X’s ‘Montero’ is a vulnerable guidebook on self-acceptance
By Brandon Yu
Lil Nas X delivered his baby, 'Montero,' along with an ill-fated love story
By Kara Weisenstein
Stay up to date