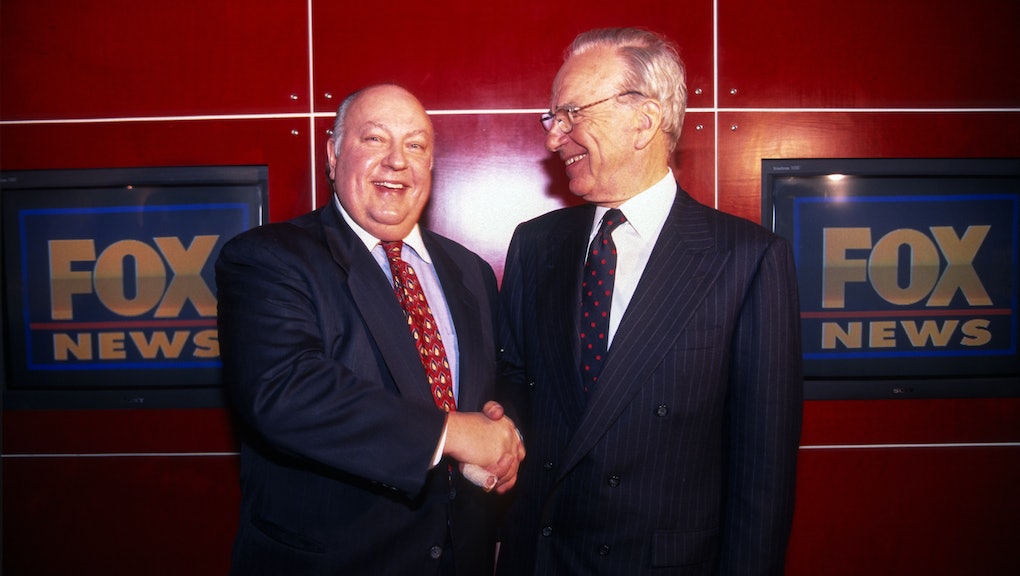 The Fox News bubble is expanding. According to a report from The New York Times, Rupert Murdoch, the billionaire media mogul and lizard person wearing the least convincing human suit, is getting ready to launch Fox Weather. The new streaming service will provide around the clock weather programming that will be sure to have all of the typical charm of other Fox programming — which is to say, it will almost certainly turn the weather into a constant source of controversy and conspiracy at the very moment in history that we can least afford it.

It appears the network will launch with at least the facade of being a legitimate weather network, as the Times reported that Murdoch has been poaching meteorologists from across the country, including trying to steal talent from its main competitor, the Weather Channel. At least one Weather Channel alum has already defected to Fox Weather: Shane Brown, a meteorologist, senior weather product architect, and believer in the scientific consensus that climate change is real and caused by human activity. In a tweet last year, Brown said, "You may choose to not 'believe' in climate change. Belief, however, has no stops along the scientific method. Science is rooted in tested and established facts, like the fact that we are warming at an unprecedented rate, and the fact that anthropogenic forcing is the main driver."

It's damn near impossible to square Brown's view, and presumably the view of many of Fox Weather's other legitimate-scientist hires, with the position that has been taken by Fox News and other Rupert Murdoch products. For decades now, Fox News has been one of the biggest drivers of the partisan divide on climate change. In the early 1990s, climate change was not a controversial issue — it was widely understood that human activity including the use of fossil fuels was affecting the environment and would continue to warm the planet if left unchecked.

And then Fox News came along.

For years, Fox News hosts have taken aim at climate change, questioning the science and dismissing reality. Sean Hannity has been leading the charge for decades, calling climate change "phony science from the left." Plenty of others have picked up the mantle and run with absurd conspiracy theories and scare tactics custom-tailored to speak to the network's conservative audience. Earlier this year, host Laura Ingraham spent an entire segment warning of future climate lockdowns, which don't exist and which no one is calling for. Tucker Carlson, the host of the most-watched show on the network, claimed that Google was funding research to make humans smaller and allergic to meat in the name of addressing climate change. Maybe next time he can throw to a Fox Weather meteorologist by saying, "Now we go to Fox Weather for the latest weather report, which is fake and you shouldn't believe."

Even when Fox News takes weather seriously, the network's inability to drop its shock-jock attitude and pathological need to fearmonger has gotten in the way of delivering useful information. Last month, Fox News took lots of heat from meteorologists for its coverage of Tropical Storm Bill, a storm that quickly dissipated and produced no watches or warnings suggesting danger across the East Coast. Despite that, Fox News ran with the headline, "Tropical storm off Carolinas poses threat to eastern U.S."

This is what Fox News does. When it isn't being actively political, it is being actively alarmist, armed with the knowledge that fear drives interest and ratings. It's still hard to imagine that Fox Weather won't eventually adopt a partisan viewpoint, as that's just what happens with Murdoch-run properties. Australia's news publications, which are largely owned by Murdoch, have pushed climate denial views for decades. Things got so bad that according to a 2013 report by the Australian Centre for Independent Journalism, nearly one-third of all climate coverage in Australia either outright rejected the scientific consensus or sought to cast doubt on it.

Whether or not Fox Weather goes all-in on climate denial on its new channel, the reason Fox is getting into weather is simple: Interest in the topic is on the rise as the country and the planet continues to be plagued by extreme weather events. New polling even suggests that more Republicans are coming around to the reality that climate change exists. There is money to be made in telling people the weather and keeping them glued to their screens. If anyone can find a way to squeeze money out of a crisis, likely while undermining any attempts to address it along the way, it's Fox.