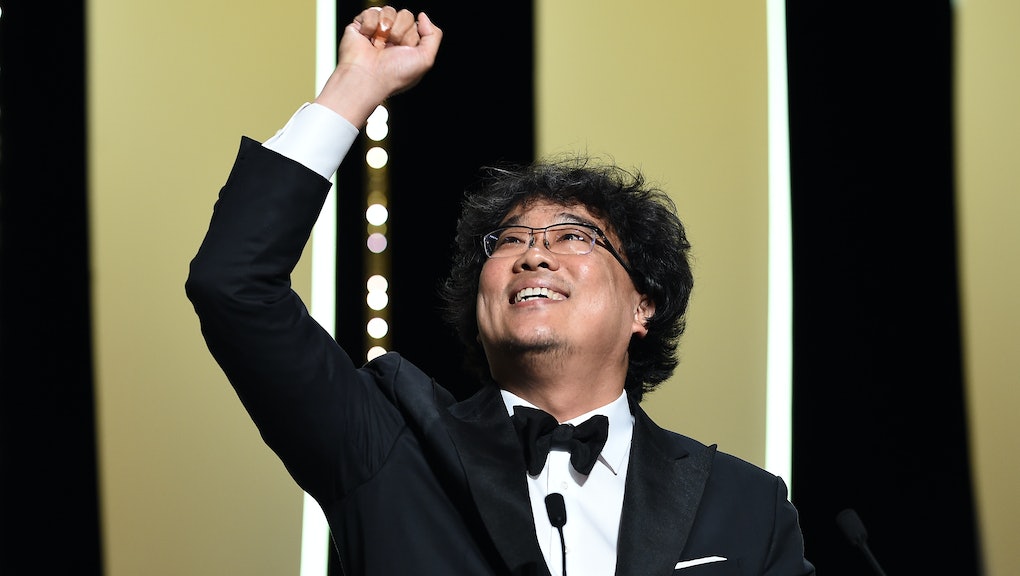 Our 2020 Oscars predictions, since everyone's doing it

A whole lot of big votes are happening this week. The Democratic caucus in Iowa came away without a winner on Monday, due to difficulty tallying votes IRL and across a new app. Also happening right now: Academy Awards voters are casting their final ballots for the Oscars, which take place this Sunday night. And yes, they’re earlier than usual this year.

Bizarrely, on Monday night the Academy’s official Twitter account posted its “predictions” for who’d take home little gold men on Sunday, prompting a deluge of confusion and annoyance. What were the Oscars doing, releasing a maybe-real-maybe-bogus list of who they might anoint, as though the Academy didn’t have total control and final say over its winners?

Turns out the gaffe had a simple explanation: the Academy said the misleading tweet was the result of a glitch with its prediction generator, a Twitter bot that lets fans guess who will win by direct messaging the Academy. The official Oscar account was meant to be sharing other people’s predictions, but the post made someone’s random guesses look like the Academy’s own prognostications. Oscar quickly deleted the tweet.

Still, a lot of folks pointed out that the predictions the Academy Awards shared adhered pretty closely to what’s expected to unfold on Sunday — with a few exciting exceptions that gave fans of Parasite, for example, hope that the Oscars might defy an otherwise bland awards season. In that spirit, here’s our list of the moviemakers and projects we think will take home honors on Oscar night — as well as who ought to be thanking the Academy.

With all the hubbub and disappointment lobbed the Academy’s way this winter, it seems possible Oscar voters could take public sentiment into account and choose Parasite as Best Picture, making it the first foreign language film to win the award. The stunning South Korean flick will have to defeat 1917, a critic- and crowd-pleasing historical drama, for the top prize. But Parasite is hands-down the best-reviewed film of the year, with a 99 percent rating on Rotten Tomatoes, and it raked in more money at the box office than Jojo Rabbit, Judy and Bombshell. Oscar voting closes Tuesday, which we think is plenty of time for Parasite to surge ahead.

Our prediction: Sam Mendes for 1917

As Issa Rae said, congratulations to these men. Depending on what goes down with Best Picture, this category is a bit of a toss-up. If 1917 wins top honors, it’d be easy to see Best Director going to Bong Joon-ho for Parasite as a way to spread the wealth a little. But Mendes has drawn accolades already for his action film, which appears like it was shot in one long continuous take, and he seems like the front-runner in this category.

Our prediction: Joaquin Phoenix for Joker

We’re not exactly stoked at the lineup of nominees for Best Actor… where are Adam Sandler, Eddie Murphy and Taron Egerton, for example? Phoenix has collected every major acting award thus far this season for his role in Joker and given some rousing speeches, meaning there’s no reason to doubt he’ll dominate the Oscars, too. Notably, another actor won this category in the past for playing the same character — Heath Ledger for playing The Joker in The Dark Knight.

Our prediction: Renee Zellwegger for Judy

The trophy ought to go to Cynthia Erivo for embodying American hero Harriet Tubman. Or possibly Saoirse Ronan for completely reinvigorating the belovedly plucky Jo March. But Oscar historically loves a grande dame playing a deceased icon, and Zellwegger has been shortlisted for the trophy since Judy came out in the fall. Add Zellwegger’s comeback story after six years out of the limelight, and we’re talking Academy Award catnip.

Our prediction: Brad Pitt for Once Upon a Time… in Hollywood

Those abs alone deserve an Oscar. But seriously, Pitt’s performance as a rough-around-the-edges stuntman in Hollywood in the late 1960s was the standout element of Quentin Tarantino’s glossy reimagining of the Manson murders.

When the Academy snubbed Jennifer Lopez, this category became a bit of a vacuum: who could supercede her star-turn as Ramona, the ringleader in Hustlers? Laura Dern quickly filled the void, for her high-energy turn as Scarlett Johansson’s divorce attorney in Marriage Story, and is considered the frontrunner. But we think Pugh could take home the statue: the Academy loves a young starlet on the rise, and she reminds me of Silver Linings Playbook-era Jennifer Lawrence.

Bong Joon-ho famously said it at the Golden Globes: “Once you overcome the one-inch-tall barrier of subtitles, you will be introduced to so many more amazing films.” Parasite is a marvelous story, full of subtlety as well as shocking action, and it frankly transcends language.

Our prediction: Jojo Rabbit — Taika Waititi based on the novel Caging Skies by Christine Leunens

Taika Waititi’s wild anti-hate satire teeters on the edge of what’s tolerable to watch, but we think the complete one-eighty of his adaptation will be enough to push it to victory. The novel on which it’s based, Caging Skies, is a the somber coming of age tale of a boy in the Hitler Youth. Waititi transformed the story into a slapstick farce, wherein he actually plays the murderous dictator himself, and he’s already taken home trophies at the BAFTAs and Writer’s Guild Awards.