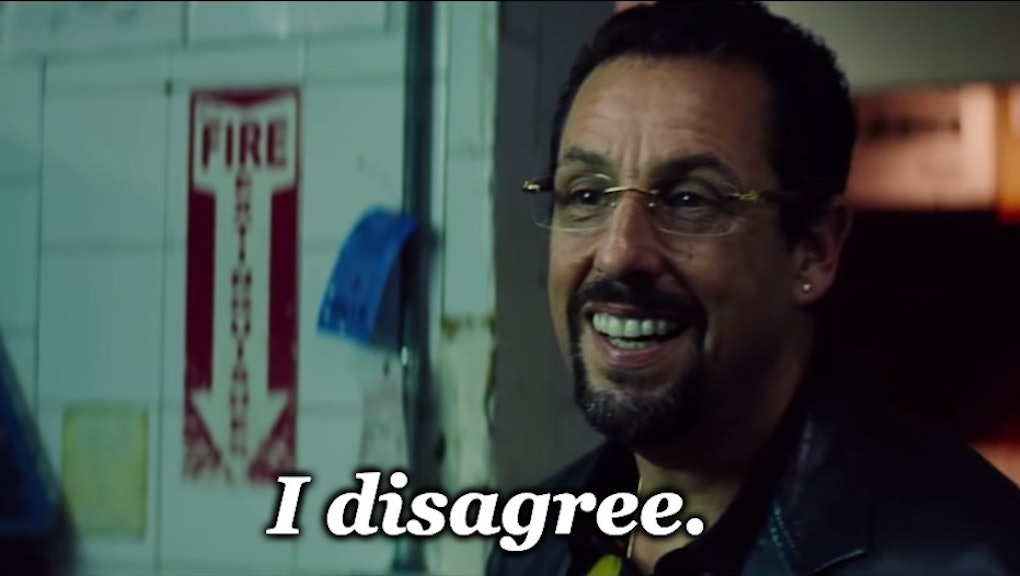 Alrighty folks, the Academy Awards announced its 2020 nominees this morning. If you haven’t perused the full list, here it is. Take a moment, read it fully, and let the snubs really sink in. Maybe spend some time raging about the fact that Joker got 11 nods, more than any other movie released last year. Perhaps scroll through Twitter and retweet some salient points about the lack of diversity in Hollywood. Then meet me back here and let’s discuss.

The SparkNotes version of events is that the Oscars will, once again, be extremely white and male this year. It’s so predictable and frankly tiresome. It’s been four whole years since the Academy of Motion Picture Arts and Sciences launched an effort to double its female and minority membership, but Oscar voters are still 68 percent male and 84 percent white.

The Academy’s white male bias clearly bled into this year’s nominations, which really sucks for women and minority filmmakers — as well as the audiences (and there were big audiences!) who loved their movies. The lone person of color nominated for an acting award was British-Nigerian actress Cynthia Erivo for Harriet. All the nominees for best director are dudes again. Greta Gerwig was snubbed for Little Women, which wasn’t surprising since she’d already been pushed aside by the Golden Globes and the Directors Guild, but the exclusion still stung.

My biggest takeaway from the Oscars lineup, however, was a feeling of antipathy. Only a handful of my favorite films from last year made it onto the list at all. Parasite is one notable, worthy example of a masterful film that earned big accolades. It was nominated for best picture, making it the first ever South Korean film to be considered. Bong Joon Ho was recognized for his direction, and Parasite picked up nods in the original screenplay and international film categories, too. (Another positive change: the Oscars changed the name of “best foreign-language film” to “best international feature” after last year’s awards.)

Otherwise, the noms were dominated by four very white, very male films: Joker led the pack with 11, including best picture, director (Todd Phillips), actor (Joaquin Phoenix) and score (Hildur Guðnadóttir). The Irishman, Once Upon a Time… in Hollywood, and 1917 all tied for second place with 10 nominations apiece. The academy nominated nine films total for best picture this year; in addition to those four movies, Marriage Story, Ford v. Ferrari, Jojo Rabbit, Little Women, and Parasite rounded out the slate of films vying for the top honor.

But where was The Farewell and Uncut Gems? How about Queen & Slim, Waves or Honey Boy? Who forgot to include Portrait of a Lady on Fire in the international category? Why did the academy overlook Booksmart and Dolemite Is My Name? And for Pete’s sake, did not one Oscar voter stan Hustlers? Jennifer Lopez pole danced to Fiona Apple’s “Criminal” in a Swarovski studded getup for you people. This level of disrespect for JLo should be… illegal.

The obvious and tiresome answer is that the academy loves to recognize films that affirm the limited worldview of its elite, mostly white, mostly male members. Remember a few years back, when the Oscars straight-up tried to give La La Land the award Moonlight actually won, by sending a befuddled Faye Dunaway and Warren Beatty onstage with the wrong envelope? It was a terrible, chaotic Freudian slip on a massive scale, if I’ve ever seen one.

A lot of the great films that got snubbed explore the lives and perspectives of marginalized people and challenge the status quo. Think about it: Hustlers is about strippers stealing from Wall Street. The Farewell centers on the grand-maternal relationship between two Asian women. Booksmart mostly traffics in vagina jokes — not exactly the entertainment you’d expect aging white men to enjoy. (Though as a counterpoint, my 58-year-old dad’s two favorite films last year were Queen & Slim and Dolemite Is My Name, which I think is very cool.)

I think it’s time to cancel the Oscars, as well as every other superfluous, tedious award show. They’re insular and self-congratulatory. Watching celebrities bumble through the Golden Globes, making half-assed comments about climate change and American politics, a week ago was embarrassing. Who cares about Hollywood when Australia is on fire and the Trump administration is spouting lies?

It’s not even like awards affect a film’s bottom line that much anymore. Oscar winners often get a small bump at the box office, but the streaming age has shifted the focus from ticket sales to the number of eyeballs on your work. And there’s enough angry chatter on the internet to indicate fans of cult-favorites like Uncut Gems, Hustlers, and The Farewell won’t fade into obscurity anytime soon.