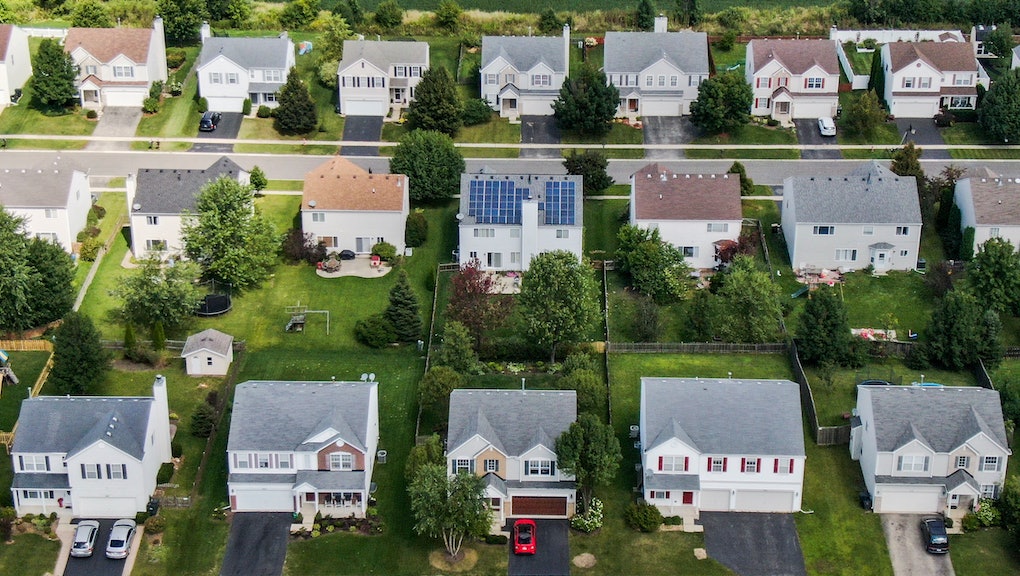 Personal sustainability goals can have a larger impact that you think

True facts: None of us are Captain Planet. We don't have the power to fly around, sweep up air pollutants into a whirlwind, and then turn them into clean oxygen. As regular folks, we can only take the time to set personal sustainability goals, sort our recyclables, avoid single-use plastics, and adjust our purchasing behavior. It's not as glamorous as superhero powers, but it's what we have to work with.

Yet, our endeavors still leave a major question hanging in the air. Do our personal efforts really help slow down the accelerating effects of climate change? The question has come up many times on social media and from critics who believe policymakers are passing the responsibility off on average citizens. They say people with legislative power have a greater ability to make a big change in corporate behavior and can address the issue better. Instead of placing the burden on some concerned individuals, the pressure should be on industries and regulators.

"We need both," says Brent Bell, vice president of recycling at Waste Management, one of the leading providers of waste collection, transportation, monitoring, disposal, and recycling in North America. It takes two to tango, as the saying goes, and it's true with sustainability as well — both personal efforts and policies are necessary.

"Individual behavior plays a critical role in driving change, but policies are important to facilitate those behaviors," he says. It's not possible to only have one or the other. Policies and behavior are inherently linked.

"As an example," Bell explains, "recycling is an individual behavior, but it also relies on policies that encourage action. The most successful recycling programs in the world all have policies that help support these behaviors."

But even these policies can fail if people aren't willing to go along with them. "Recycling isn’t like programming lights to go off — it requires behavior change since we all must ultimately take action to put the right material into the recycling containers." Encouraging people to adjust their behavior requires both the community and policies "that support investments in education, convenience, and economic incentives" to promote recycling and other sustainable lifestyle changes.

"Broader sustainability efforts are the same," he continues. "Policies can help lay the foundation for sustainability through facilitating economic incentives and education, but individual behaviors are necessary to drive success."

There's another added bonus that comes with being a concerned individual. With enough individuals, you get a good-sized group. With enough groups, you can have a population. And businesses undoubtedly take note of populations and trends.

Think of it in terms of voting: One person's vote doesn't seem to make much of a difference. But a group of voters can sway an entire election.

It's the same concept with sustainability. The collective efforts of eco-conscious consumers can send a message to brands that sustainable production, "recyclability, and using recycled content are important" to people making purchases, states Bell. For example, "supporting brands that use recycled material is a great way to ensure the success of local recycling programs." It provides feedback to companies and lawmakers, letting them know that sustainable choices are well-received and can work.

A more direct method can work just as effectively as well. Reach out to your local representatives or policymakers to let them know what's important to you.

"Let your elected officials know that you value sustainability programs — whether it’s clean energy and fossil fuel alternatives, support for recycling programs or water reduction programs," Bell suggests. Remember, individual actions and government regulations go hand-in-hand. "It takes all of us taking action every day, supported by policies that encourage these actions."

You might be fine going at it alone, but some programs can help take part of the burden off your shoulders by offering clean energy rebates or tax relief. It makes it easier to make sustainable choices, rather than turning it into a challenge, and gradually normalize eco-friendly habits in others.

At home, in your personal life, you can encourage sustainable living by setting good examples. Your actions might speak louder than your words, in this case.

"There is evidence to show that your peers will be more likely to model the behaviors that they see their friends/neighbors engaging in," Bell points out. "Success breeds success." And don't feel like you have to be alone in your efforts. "Support local community programs that help educate your neighbors about doing the right thing."

Although you may not be the next Captain Planet, it doesn't mean your personal efforts amount to nothing. There are others who are with you, turning a single person's choices into the power of many. Without individuals expressing their concerns about the environment, lawmakers wouldn't even bother creating policies on their own.

"Personal sustainability efforts are the only way that we will ultimately make an impact on a national or international level," says Bell. Don't discount the impact you're making on a larger scale.