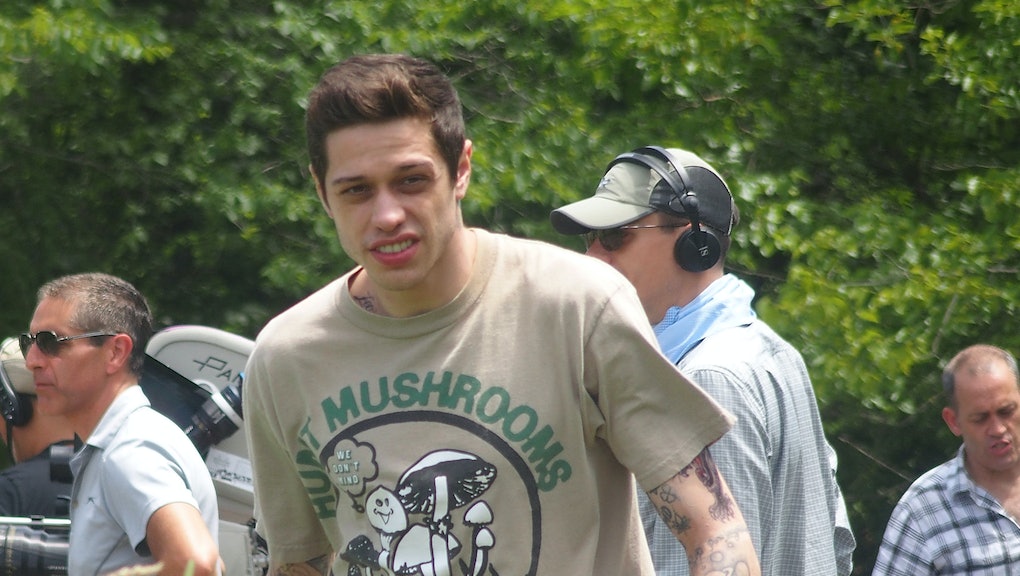 Pete Davidson, whose label as a hottie remains perplexing, is going beyond his gig as occasionally appearing in Saturday Night Live sketches. His Netflix comedy special, a nearly hour-long stand up set will be released on February 25. Pete Davidson: Alive From New York was filmed at the Gramercy Theatre in New York City.

Davidson was on tour with John Mulaney throughout 2019. At solo shows that followed, the comedian made the news for asking audience members to sign non-disclosure agreements before they were allowed to attend his shows.

The first trailer from for the special revolves around just one joke: whether or not some Davidson’s gay friends are actually gay.

“It’s that gay dude that’ll like run up on your girlfriend, and like squeeze her boobs, and like slap her ass, and be like, ‘Damn girl, you look great!' I don’t find that fucking funny like at all, I’m sorry. Like, I’m all for gayness, you know. It doesn’t mean I’m against gayness,” Davidson said.

“It’s just: You just get to slap ass on a technicality?” Davidson continues.

Between his increasingly frequent appearances on SNL, his stand-up tour, his upcoming ‘semi-autobiographical’ Judd Apatow movie The King of Staten Island, his continued streak of high profile relationships, and his appearance in the Suicide Squad sequel, Davidson’s star is only going to continue to rise.

Davidson is someone who has already occupied a somewhat mysterious space of the public’s fascination. His relationships have been incredibly pubic and his recurring Weekend Update bit where he gives immensely personal updates about his life has led to the perception that Davidson is a well-known and understood famous person. But with a stand-up special where he can’t force the audience to sign NDAs, we are about to have access to a new side of the comedian.