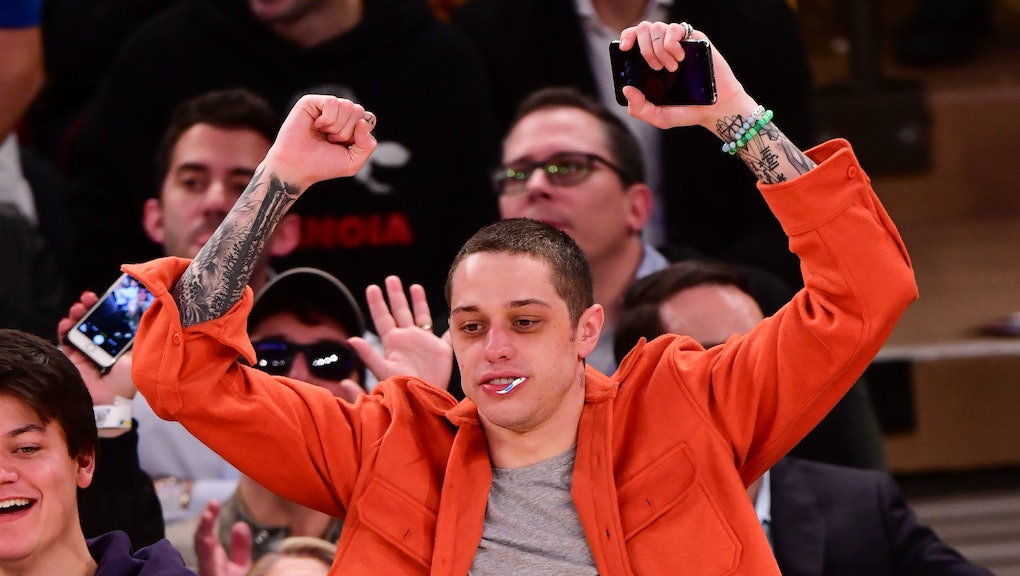 The perplexing power of Pete Davidson

There are over 200,000 posts on Instagram with the hashtag #PeteDavidson. The most recent are about the breakup of the 26-year-old SNL star and model Kaia Gerber, 18, who split this week. It was the latest in a string of high profile relationships that the comedian and actor has been in. Davidson, who recently finished a stand-up tour with John Mulaney, has also dated actress Margaret Qualley, actress Kate Beckinsale, and singer Ariana Grande.

The famous women he's dated have certainly bolstered his profile, which is ironic considering how uncomfortable Davidson seems to be in the spotlight. He deleted social media in 2019, following repeated attacks on his appearance and after he posted alarming messages intimating that he was thinking of harming himself. All of this has been discussed during his recurring segment on SNL’s Weekend Update.

Davidson addressed his increasingly high profile with cutting jokes about his borderline personality disorder diagnosis and his continued challenges with substance abuse. He never shied away from his Crohn's disease diagnosis or the sensational headlines about his relationships in his Weekend Update segments.

Davidson has adopted the kind of “I hate my fame and this industry” attitude that so many other beloved Hollywood icons are known for. One of Robert Pattinson’s most charming assets is that he spent much of the Twilight press run, and many years after, making extensive fun of the series. Harrison Ford’s devil-may-care attitude, bluntness with the press, and commitment to not following the traditional rules of Hollywood fame gave him a similar public persona. And while Davidson doesn’t have Pattinson’s jawline or Harrison Ford’s hair, he’s certainly got the disdain. He has even started asking audiences to sign non-disclosure agreements before they attend his comedy show.

It doesn’t hurt that Davidson is well over six feet tall, covered in tattoos, sometimes funny, and projects the kind of “fix me” energy that women, particularly, have been conditioned to find appealing from years of romantic films where the tortured soul can be fixed by the right woman and a kiss. That’s not the reality at all — even Davidson himself has repeatedly pointed out that he is seeking the proper and professional care for the issues he deals with.

During the height of the Davidson lust, when the phrase “Big Dick Energy” (BDE) was slung around endlessly about nearly everything, part of the attraction seemed to be that Davidson’s self-deprecating humor and apparent confidence with himself gave him all the BDE one could need. And it was during this craze that Grande told a fan that his penis was above average sized, further fueling a sensational craze around the comedian.

With the death of BDE (thank goodness) and the end of another high profile relationship, there’d be potential for Davidson to fade back as just another member of the cast of SNL. But that’s not likely — his star continues to rise. He landed a modeling contract with Alexander Wang in January, after walking their catwalk in May 2019, and is rumored to have a part in the upcoming Suicide Squad sequel. He will also take on his first major leading role in Judd Apatow’s upcoming film The King of Staten Island, which Davidson co-wrote. The film will premiere at SXSW in March and will be widely released in theaters on June 19.

So while this wave the first wave of Davidson lust has passed, it is likely we will see a resurgence of thirst, as the comedian extends beyond the realm of NDA comedy shows, two-minute appearances on Saturday Night Live, and dating his way through Hollywood’s most famous brunettes. Prepare for that reality whatever way you see best.