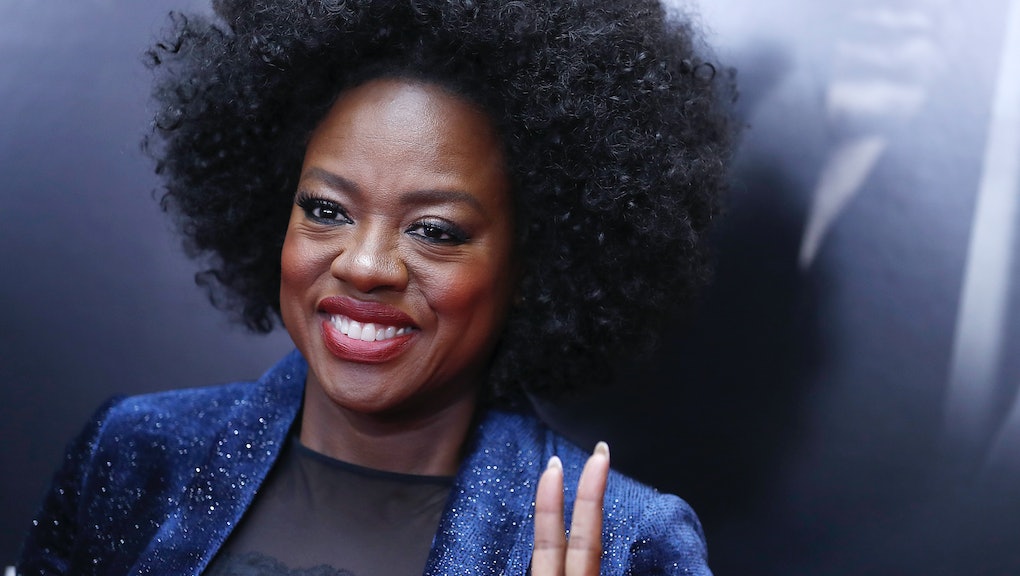 People may call Viola Davis “the Black Meryl Streep,” but when they shared a screen, Davis arguably stole the show. In 2008’s Doubt, she played a mother in denial that a priest is abusing her son. Streep, Phillip Seymour Hoffman, and Amy Adams all got top billing in Doubt; Davis is in the film for 15 minutes, tops. But her brief performance earned Davis an Academy Award nomination that year — alongside her white cast members, who all got Oscar nods, too.

Relatedly, a video clip of Davis talking about how she doesn’t get the same opportunities as white actors went viral Wednesday. Now, her fans are demanding Hollywood pay the Oscar-, Emmy-, and Tony-winning actress what she’s worth — which is at least as much as what Streep and other white celebrities earn.

The clip in question is from a 2018 interview with journalist Tina Brown at a Women of the World event in 2018. Davis explained that filmmakers often refer to her as “the Black Meryl Streep,” but don’t compensate her nearly as much or hire her as often as her white counterparts:

"I got the Oscar. I got the Emmy. I’ve got two Tonys. I've done Broadway. I've done off-Broadway. I've done TV. I've done film. I've done all of it," Davis said. "I have a career that's probably comparable to Meryl Streep, Julianne Moore, Sigourney Weaver. They all came out of Yale. They came out of Juilliard. They came out of NYU. They had the same path as me, and yet, I am nowhere near them. Not as far as money, not as far as job opportunities — nowhere close to it. But I have to get on that phone and people say, 'You're a Black Meryl Streep. There is no one like you.' Okay, then if there's no one like me, you think I'm that, you pay me what I'm worth. You give me what I'm worth."

The video had nearly 6 million views on Twitter as of mid-day Wednesday, with celebrities like Gabrielle Union amplifying and underscoring Davis’s words on social media.

Davis has been an outspoken advocate for racial justice throughout her career. Most recently, she joined more than 300 Black artists and executives in Hollywood in signing an open letter demanding the industry commit to producing anti-racist content and invest in the careers of Black creatives.