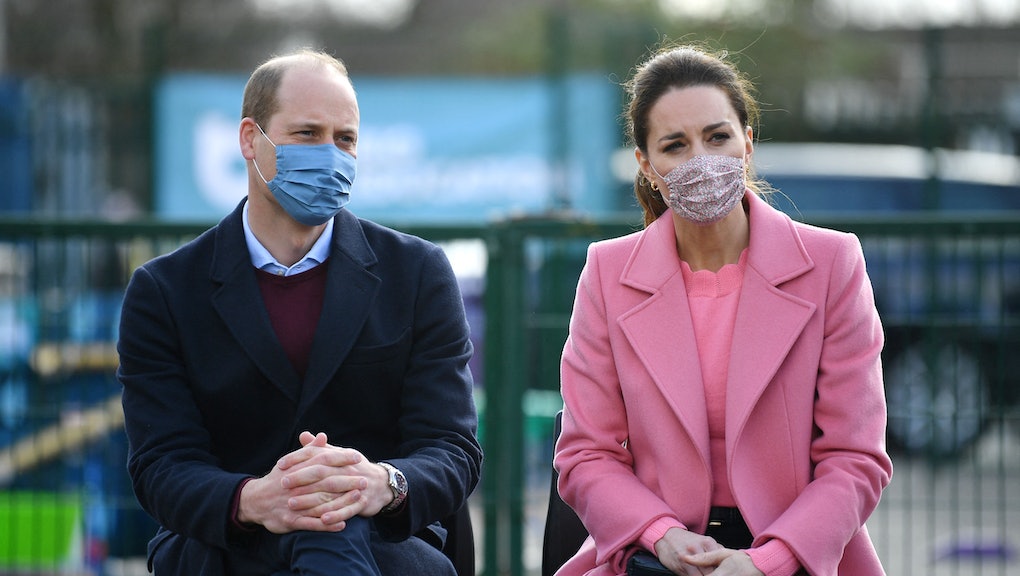 Prince William says the royals are "very much not a racist family," no matter what you might think

Coming into Meghan Markle and Prince Harry’s interview with Oprah Winfrey on Sunday night, it was hard to imagine the blast radius extending so far. In just a few short days, Buckingham Palace is still sweeping up the shrapnel, Piers Morgan is without a job on ITV, and the biggest twerps on the planet swooped in to the royals’ defense. The Royal Family wasn’t just going to ignore these allegations of racism, which, even without naming names, were incredibly damning. But they’ve gradually emerged to defend their name.

The latest rebuttal comes from Prince William, who told a Sky News reporter on Thursday, “We are very much not a racist family.” In his first public appearance since the new revelations, William added that he hasn’t spoken to Harry after the interview aired.

During a two-hour interview with Oprah, Markle leveled some serious accusations — that the royals rescinded security for her family after they moved to North America, disregarded her dire mental health concerns, and fanned the flames of gossip-mag inaccuracies. But perhaps most incriminating, she revealed that a member of the royals expressed concerns about how dark her baby’s skin would be.

William, a candidate for some of the ugliness Meghan alluded to by pure process of elimination, follows suit from an official Buckingham Palace statement earlier this week. The statement, released on behalf of Queen Elizabeth, was brief, and attempted to dispute the charges of racism. “The issues raised, particularly that of race, are concerning. While some recollections may vary, they are taken very seriously and will be addressed by the family privately,” the statement reads.

Well, what else were they going to say? William’s “very much not racist” has been dragged across Twitter for much of the morning, with countless reminders of how they’ve very much been racist. Abolishing the royals has never seemed more appealing, to the extent an actress from Suits can make that sort of thing possible.

More like this
You can feel for Khloé Kardashian and also recognize she's part of the problem
By Kara Weisenstein
Oh god, this Matthew McConaughey thing could actually happen
By Rafi Schwartz
Nobody is more qualified to host 'Jeopardy!' than LeVar Burton
By Kara Weisenstein
Stay up to date