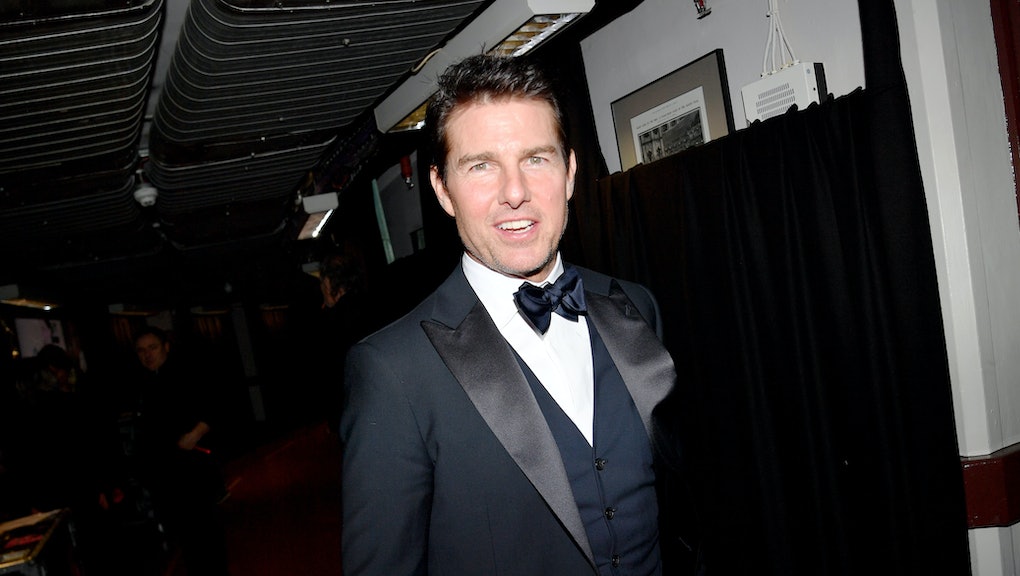 It’s been a rough few months for one of Hollywood’s most influential and shadowy organizations. I’m talking about the Golden Globes, of course, and the random assortment of international “journalists” who vote on how to dole out statuettes recognizing the year’s “best” entertainment.

The Hollywood Foreign Press Association (HFPA) came under fire in late February when the Los Angeles Times exposed that there were no Black members in its ranks. The HFPA vowed to make sweeping changes addressing its lack of diversity (and other charges of corruption), but two months down the line, hoards of Hollywood heavyweights are saying it’s too little, too late.

The leaders of organizations such as Netflix, Amazon Studios, GLAAD and Time’s Up criticized the HFPA’s reform plan for not going far enough. Scarlett Johansson urged her peers to “step back” from the Globes, adding that she’d refused to participate in its press junkets for many years after facing sexist questions and remarks from HFPA members that “bordered on sexual harassment.”

On May 10, NBC announced it wouldn’t air the 2022 awards — a solid ethical and business decision, since the network was paying roughly $60 million a year to do so. It’s certainly not worth the dough when a show is both problematic and nobody is watching. The same day, a box containing Tom Cruise’s three Globes (Best Actor prizes for Jerry Maguire and Born on the Fourth of July and Best Supporting Actor for Magnolia) was delivered to the HFPA’s reception desk.

That last bit — where Cruise, of all people, decides to do battle with a secretive, wealthy, problematic Hollywood institution — is a little bit suspect, don’t you think? He got an avalanche of positive press for his stunt. Ava DuVernay praised Cruise and the other activists, artists, publicists and executives who took a stand against the Globes. Yahoo Entertainment crowed that NBC and the actor delivered a "blistering one-two punch" and argued that Cruise's protest would prove more impactful. Film critic Robert Daniels opined that the famous actor giving up the most "prestigious" awards he'd won meant the Globes were "cooked."

Cruise is still one of the most famous and influential actors in the world. The man took home a $75 million paycheck for Mission Impossible: Ghost Protocol, making him one of the highest-paid actors in history. There’s a real chance he’ll headline a billion-dollar flick this year, between the dual releases of Top Gun: Maverick and Mission Impossible 7. Cruise could inspire a brigade of lesser-famouses to follow suit, and the HFPA might soon find its lobby overflowing with returned trophies.

Here’s the thing: Cruise is also the most famous spokesperson for Scientology, one of the most controversial religions in the world. Founded in 1953 by science-fiction writer L. Ron Hubbard and variously defined as a cult, a belief and a business, the Church of Scientology certainly wields more power than the HFPA. Most literally, the Church has a net worth of nearly $2 billion and owns many multi-million dollar properties across the globe. By contrast, the HFPA had $50 million in cash on hand at the end of 2020.

Since its inception, Scientology has strategically recruited celebrities to push its teachings using famous faces. But legions of journalists, government officials, lawsuits, and former members have accused the Church of Scientology of violations like human trafficking, physical and emotional abuse, forced abortions, harassing its critics, and brutally exploiting adherents. Actor Leah Remini, a former Scientologist, produced an A&E docuseries detailing the organization’s alleged transgressions. The Church waged a scathing smear campaign against her in retaliation. When HBO decided to air the documentary Going Clear: Scientology and the Prison of Belief, the network hired 160 lawyers to bolster itself against the famously litigious organization.

My point is that Scientology, as an organization, has been accused of heinous things for decades, but Cruise has always propped up the problematic institution. Yet with one package delivery, he’s being celebrated as some sort of social justice warrior. Scientology critics agree and say Cruise is just trying to earn "brownie points" for the religion with his social justice crusading.

The Globes deserve to be held accountable for their offenses, but so does a powerful entity that, according to Vanity Fair’s sources, once used its vast resources to find Cruise a mate, then told the chosen woman she had to dump her boyfriend, ditch her braces and dye her hair dark brown to emphasize her Iranian ethnicity. Sorry Tom, your pick-and-choose ethics don’t square.