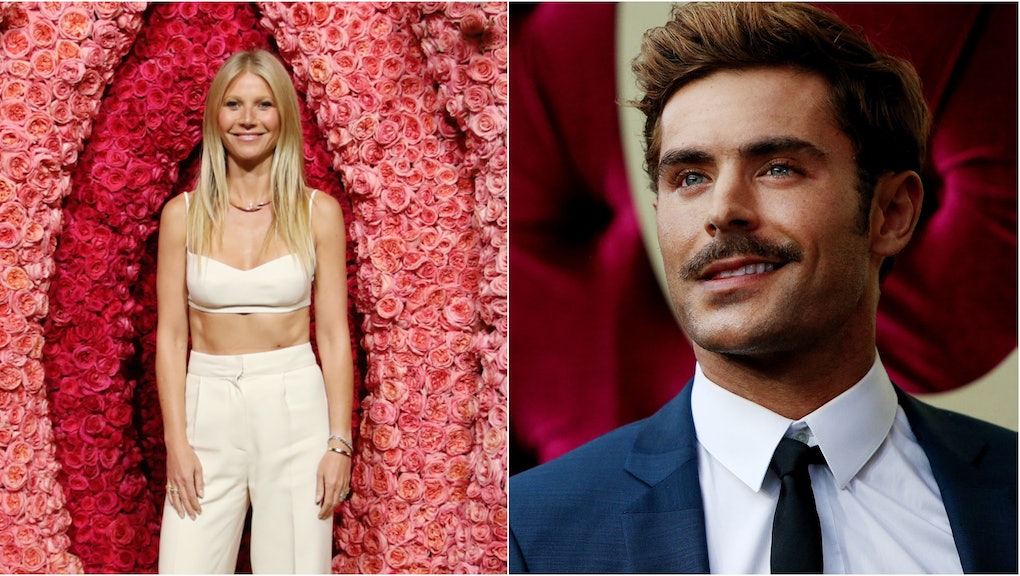 Zac Efron doesn’t say much except “Dude” and “Wow” in his Netflix docu-series Down to Earth. It’s a mostly innocuous show. If you’re the type of person who’s into the actor’s buff, scruffy bro-dude schtick and you like glossy travel content with a sustainability ethos, Down to Earth is the perfect hangover binge, for example. With Americans banned from visiting other parts of the world for the foreseeable future, Efron’s show is also a decent way to scratch that travel itch.

But in pursuit of global wellness, Efron and his cohost Darin Olien, a wellness expert and self-described "superfood hunter," push some pretty flimsy pseudoscience. And while touting the healing effects of negative ions and telling people it’s safe to drink raw goat’s milk isn’t as egregious as, say, the president of the United States instructing the public to pop hydroxychloroquine to stave off coronavirus, pseudoscience in pop culture is extra dangerous during a pandemic, when faith in science has been severely eroded.

The questionable scientific claims in Down to Earth were meticulously unpacked by writer Lindsay Dodgson for Insider. At first she ignored the pseudoscience, in favor of enjoying Efron’s goofball antics and the show’s gorgeous cinematography. But there was something she couldn’t let slide: “When the chemical formula for water came on the screen (H2O) and Efron described it as ‘hydrogen,’ I realized neither the show's star nor the producers really had much scientific expertise,” Dodgson wrote. So she started cataloguing all the show’s gaffes.

In the episode set in Puerto Rico, a farmer tells Efron and Olien to drink goat’s milk directly from the teat because it comes out pasteurized. That’s not true; it comes out naturally homogenized, which means it doesn’t separate into a cream layer like cow’s milk and doesn’t need to be mixed. But consuming any unpasteurized dairy can expose you to dangerous pathogens like E. coli and Salmonella. Basically, it’s a really bad idea, especially for children, pregnant women, adults with underlying conditions, and the elderly.

Similarly, a beekeeper in New York tells Efron that genetically engineered crops are a “systemic poison” to the helpful bugs. (Not true. Some GM crops have actually reduced the need for harmful insecticides.) When they land in France, Olien tells Efron that putting his bare feet on the ground will reset his circadian rhythm. (There’s no evidence for that; the proven way to combat jetlag is through light exposure and eating at local meal times.)

A blogger in London tells Efron she cured herself of a rare disease called postural tachycardia syndrome by going vegan. (Plant-based diets are great for myriad reasons, but embracing veganism as a cure-all in lieu of medical treatment is not the move.) The flimsy claims touted in Down to Earth go on and on.

Efron’s show Down to Earth certainly isn’t the first pop culture entity to push pseudoscience. The other obvious offender is Gwyneth Paltrow’s lifestyle brand Goop, which expanded its wellness empire this winter with its own Netflix docu-series The Goop Lab. The show explores alternative self-care treatments while gleefully eschewing science.

Of particular concern to doctors and mental health professionals is The Goop Lab’s episode about energy healing, where Paltrow, Goop staffers, and dancer Julianne Hough undergo sessions with chiropractor and “body worker” John Amaral, who falsely claims his methods are backed up by quantum physics. The episode featured testimonials from Amaral’s patients: one woman claimed he’d cleared her of the childhood trauma she experienced growing up in an abusive household. Another man who’d been left numb from the chest down following lymphoma treatments was able to regain feeling and pursue his love of running again. These stories are literally unbelievable, and experts say they prime vulnerable people to be taken advantage of in pursuit of a quick fix to challenges that require lifestyle changes or medication.

“I have seen, in my own private practice, people who have pretty significant mental health conditions like schizophrenia and bipolar disorder who chose to go off their medicines when they met an energy healer, a psychic, and also someone who decided that kava tea was going to help manage their mood,” Florida-based psychotherapist Haley Neidich told Mic in February. “Every single one of those people ended up in the hospital within a matter of weeks.”

Goop’s offenses are extensive, but the brand did have to answer for its most high-profile endorsement of pseudoscience. In 2018, Paltrow’s lifestyle empire was fined $145,000 for selling the Yoni egg, a $66 rock you're supposed to stick up your nether regions, which could allegedly “balance hormones, regulate menstrual cycles, prevent uterine prolapse, and increase bladder control,” according to Vox. Gynecologists countered that the Yoni egg was actually extremely dangerous and warned it should absolutely not be inserted into the vagina. Eventually Goop ceased hawking it, but as Mic’s Opheli Garcia Lawler wrote in January, Paltrow never “stopped selling the promise of the Yoni egg.” The myth persists that if you’ve got enough money, anyone can eschew the pains and frustrations of inhabiting a human body.

The biggest reason pseudoscience, even when it’s wrapped in an entertaining package, is extra problematic right now is because America’s being plagued by coronavirus misinformation, often disseminated from the very top rungs of government and influence. Donald Trump is currently one of the the most powerful pushers of COVID-19 falsehoods. He’s been summarily chastised for his lack of interest in scientific research throughout the pandemic. Just last week he and his son, Donald Trump Jr., shared a video pushing coronavirus lies, including the assertion that masks aren’t an effective preventative measure, which is completely false. Madonna then shared the same video with her 15 million followers. Plus, Russian hackers are reportedly seeding fake covid-19 information on social media. The glut of misinformation on the internet is a dangerous minefield.

Back in 1980, American writer and biochemistry professor Isaac Asimov wrote, “There is a cult of ignorance in the United States, and there has always been. The strain of anti-intellectualism has been a constant thread winding its way through our political and cultural life, nurtured by the false notion that democracy means that 'my ignorance is just as good as your knowledge.’”

In these fraught times, when each week delivers new footage of agitated Americans angrily refusing to wear a mask as an act of misguided independence, Asimov’s words ring uncomfortably true. The internet and the myriad ways we disseminate entertainment and information these days has only heightened the likelihood that people are entrenched in ignorance, or at least exposed to a lot more unverified ideas. “Pseudoscience, fear mongering, poor risk assessment, and a general misunderstanding of science have always been present in the world, but technology and social media have allowed them to permeate our everyday lives,” write Allison B. Kaufman and James C. Kaufman in the introduction to their book Pseudoscience: The Conspiracy Against Science.

Listen, while Zac Efron flexing his ample pectoral muscles in an Icelandic hot spring is hardly comparable to Trump tweeting missives about not wearing masks, at this moment in time it’s hard to praise a show that health professionals take issue with for spreading flimsy wellness information. Series like Down to Earth and The Goop Lab were shot before the world was stalled by the coronavirus pandemic, of course. Going forward, let’s charge Efron and his beard with investigating how so many global nations managed to contain coronavirus while America floundered in a flood of misinformation and scattershot science. It’d be fascinating to see what he uncovers.