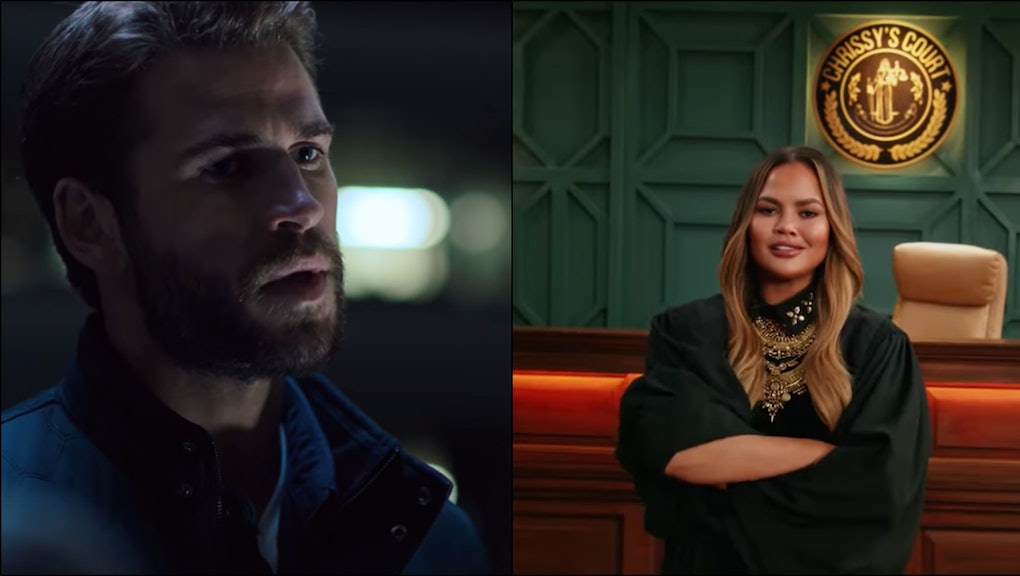 Quibi is finally here, and it's got all the quarantine content you want

Perhaps you’ve seen ads for Quibi. They’ve been everywhere, airing before YouTube videos and during primetime TV commercial breaks. Quibi’s ads are notably well-produced, with celebrities working the new streaming app’s moniker into their vernacular: “This’ll just take a Quibi,” or “Kids, please give daddy a Quibi of privacy. Or two.”

Quibi finally launched on Monday, April 6, touting a free 90-day subscription to its ad-based platform. In exchange, viewers get access to a whopping 50 different shows, but no installment (or chapter, episode, “Quibi” or whatever you want to call it) clocks in over ten minutes.

I downloaded Quibi this morning and gave it a whirl. Within minutes, I got sucked into the remake of Most Dangerous Game starring Liam Hemsworth, as a desperate man in debt, and Christoph Waltz, as the twisted businessman who offers him a loan with wicked terms. Every Quibi ends on a cliffhanger, and at seven minutes on the dot, Hemsworth was left with a nail-biting decision: should this haunted man become a hunted one?

Speaking of haunted, the next Quibi I queued up was Murder House Flip, which is exactly what it sounds like: a reality show that remodels houses where notorious crimes were committed. Nothing like watching a couple of hosts install a swing set where Dorothea Puente once buried a human torso. Neat!

After all that gore, I needed a palate cleanser. Enter Chrissy’s Court, Chrissy Teigen’s take on the reality show courtroom. It’s sweetly entertaining. Her hubby John Legend makes an appearance, because of course he does, and their daughter Luna hangs around the courtroom, too. Oh, and Chrissy’s mom serves as the bailiff. It’s a kooky family affair and worth a “Quibi” of your time. (See what I did there?)

One of the coolest and most notable aspects of Quibi is its design. If you’re watching a show and tilt your phone one way or the other, the app seamlessly shifts your perspective from landscape to portrait. The synergy required between developers and filmmakers to shoot and optimize 50-plus movies, reality shows and news programs for vertical or horizontal viewing on a phone is pretty staggering. Perhaps that’s partly why Quibi films cost up to $100,000 a minute to make.

Stunning production value is one thing Quibi co-founders Meg Whitman and Jeffrey Katzenberg hope will make the service stand out from its competitors. YouTube reigns as the current leader in short-form video with TikTok hot on its heels and entirely phone-based, minting Gen-Z stars with bewildering frequency. The veteran “C-suite” executives need to attract millions of subscribers if they hope to turn a profit on their nearly $1.8 billion gamble.

Still, another thing that’s supposed to make Quibi stand out might be its biggest drawback. You can only watch these glossy, immaculately produced shows on your phone, through an app. What happens if you don’t have a brand-spanking-new device in your household? Or reliable wifi? When the coronavirus pandemic is over and people presumably begin using Quibi as originally intended, out in the world passing time on their commutes or standing in line at the grocery store, will they need unlimited, high-speed data?

At the time of Quibi’s launch, 90% of Americans are observing some sort of stay-home order, when their phone likely isn’t the largest, best screen in the building. It seems ill-advised to block people from Airplaying your content to a superior device at this moment. It also makes me wonder what Quibi gains from confining viewers to its app. What sort of data is being mined about me while I distract myself with Tituss Burgess firing food into chefs’ faces and making them recreate the original dishes?

Quibi, as a business proposition, has the feel of something cooked up by Boomers who noticed their grandchildren hunched over their phones whenever they weren’t performing TikTok dances. In practice, it’s a pretty slick new platform. Will millions of people pay $5 or $8 a month for it, like they do Netflix? It seems to be anyone’s guess — and interested parties are speculating, wildly.

But only time will tell if Whitman and Katzenberg’s $1.8 billion gamble will turn out lucrative, especially in the age of pandemic. One thing that’s telling: though Disney stock is taking a beating (along with the rest of the global economy) its streaming service, Disney+, is still performing well. People are hungry for content to pass their time indoors, and with Quibi churning out buzzy titles at lightning speed (for now, at least) viewers might get desperate enough to be platform agnostic.