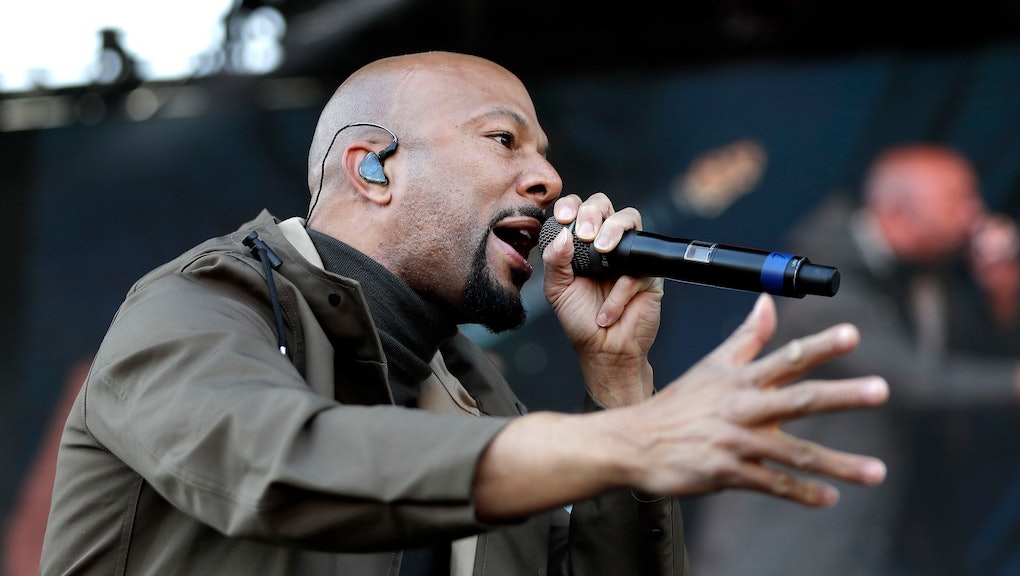 Grammy-award winning artist, author, and activist Common spoke out about Alabama’s strict new abortion law during a recent conversation with Mic about his new memoir, calling it an “unethical way of thinking” and part of a “dictatorship mentality” being perpetuated by President Trump.

“To be in a position of leadership and think that you should control other people’s choices and what they do with their bodies, it’s a way of those people who are in power feeling like they can show their power,” Common told Mic.

“It’s really an unethical way of thinking. You’re taking away people’s rights as human beings,” he continued. “That whole dictatorship mentality is being perpetuated by the president.”

Those comments came just one day after Alabama’s Republican governor Kay Ivey signed into law the most restrictive abortion measure in the country. The legislation, which has been criticized by Hollywood celebrities, Democratic activists and even by Republican House leadership, makes performing an abortion a felony carrying harsh prison sentences, with few exceptions.

Common, who has spoken out previously about his own personal experience with a romantic partner who had an abortion, pledged to fight to overturn the legislation and said he would redouble his efforts to help elect new leaders into office across the state.

“It’s up to us now to say this person should not be elected again,” he said. “We’ve got to galvanize. We are going to put candidates in that understand that choice is a human right.”

Common’s comments came as part of an interview with Mic about his new book, “Let Love Have the Last Word: A Memoir,” a candid new memoir published this month in which the rapper opens up about his personal experiences with topics such as love, mindfulness, and self-care.

The book covers a range of subjects, from spirituality, love, and intimacy, to family and community, and details Common’s personal journey which has led him to embrace love in his own life. One of the book’s core messages is a call to fellow activists to work on their own well-being and mental health as they seek to help others.

“For people who do have a desire to help others, a lot of times we put our energy towards that and forget about making sure that we take care of ourselves,” he said. “The way you can truly be the best activist is to make sure that you are taking care of yourself in the process.”

Throughout the book, Common discusses a range of difficult and taboo subjects, many of which he previously has not talked openly about, including his own sexual abuse and his experience working through trauma in therapy. Talking about these subjects openly, he hopes, will help to break stigmas which persist around mental health issues, particularly in the black community.

“I’ve had elders say we don’t need to do that,” he said. “But I felt how much better I was becoming by using therapy [and] I want other people to have that access. For people who think that’s weird or you feel embarrassed about it, some of the most successful people you know do this.”

In addition to an Emmy, Grammy and Oscar winning musician and actor, Common is also a leading social justice activist and commentator; last year, Mic profiled the rapper’s visit to several prisons across California as he advocated for criminal justice reform across the state.

Common says he sees the face of a new generation of activists who are working to change their communities in his own daughter, who recently graduated from Howard University.

“A lot of the movement that I grew up around was hip-hop based. It was about black culture, Latino culture, and us celebrating that and standing up against the system. The new generation is using their fight for even broader things. The movement now is a little more multicultural,” he said.

When asked about his advice to today’s graduating class of activists, Common said: “Continue using your creative ideas, your wisdom and knowledge that you gain to come up with fresh ways to educate people when it comes to the movement that you’re supporting.”

Learn more about Common’s book, “Let Love Have the Last Word: A Memoir,” released on May 7, here.