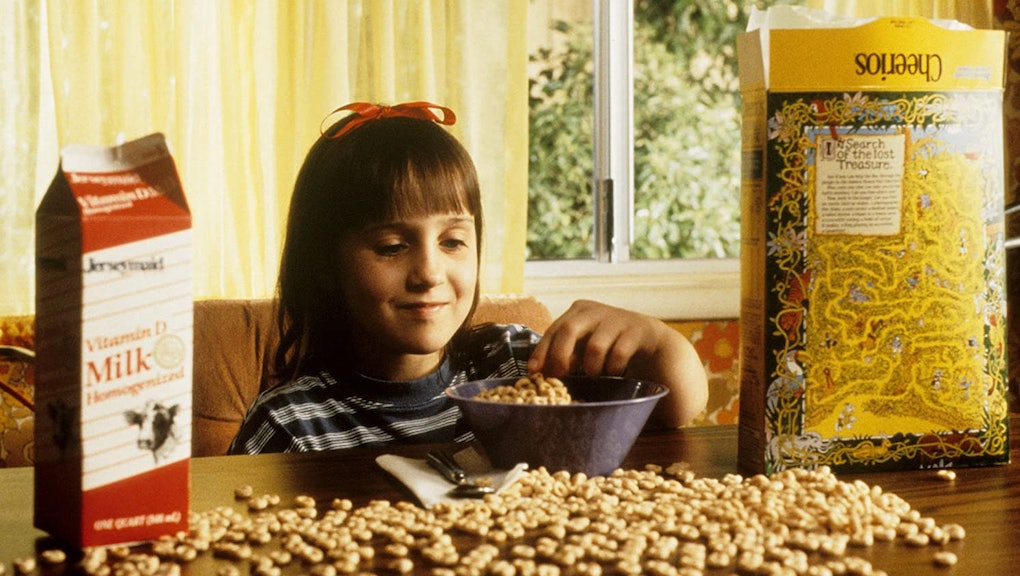 Things feel especially chaotic in the world right now. Most of America is six weeks into coronavirus lockdown. Experts are saying it could be years before life gets back to normal. Meanwhile, angry protesters have been swarming state capitols, demanding the country reopen regardless of how many lives could be lost.

Personally, I’ve felt myself regress a little amid the bedlam. One day this week, when the world felt overwhelming, I made myself Annie’s mac and cheese for lunch and was comforted by its carby goodness. I’ve been climbing a tree in my yard most afternoons, just for a kidlike change of perspective. Another childhood staple that’s ideal for self-soothing in these fraught times: rewatching the 1996 movie adaptation of Matilda, based on the 1988 book by Roald Dahl.

Odds are most millennials have seen Matilda. It’s a cult favorite, but it actually bombed at the box office, only grossing $33 million on a $36 million budget. It’s hard to say when people got wise to just how magical this movie is. I remember owning Matilda on VHS and rewatching it tirelessly. I’m pretty sure our copy is still in my parents’ basement somewhere.

Matilda (Mara Wilson) is a child genius who’s neglected and mistreated by her parents, Harry and Zinnia Wormwood (portrayed with comedic panache by real-life married couple Danny DeVito and Rhea Perlman). The Wormwoods refuse to send Matilda to school, until one day, when Harry sells a used car to the principal of Crunchem Hall Elementary School in exchange for her admitting his daughter as a pupil.

Matilda soon discovers Miss Agatha Trunchbull (Pam Ferris) is a tyrannical disciplinarian, with a penchant for locking kids in a putrid torture chamber called “the chokey” or else chucking them through the air like a shotput by their pigtails. Meanwhile, all the abuse from her parents unlocks Matilda’s telekinetic powers, which she hones and then leverages to liberate herself, the rest of the kids at Crunchem Hall, and her beloved teacher, Miss Jennifer Honey (Embeth Davidtz).

One of the things I love about Matilda is that it’s a story where intelligence and kindness triumphs over brutish tyranny. DeVito, as Harry Wormwood, tries to cut down his daughter with this iconic line: “Listen, you little wiseacre: I'm smart, you're dumb; I'm big, you're little; I'm right, you're wrong, and there's nothing you can do about it.” It’s crazy how much he sounds like Trump berating a journalist at a news briefing for asking a question he doesn’t want to answer.

Matilda is a kids’ movie, so her trials and tribulations are wrapped up fairly simply. One newt in a water pitcher and some flying erasers later, and Miss Trunchbull is history. But it’s also a fairly dark story, as so many Roald Dahl tales are. Imagine a kid so neglected that she learned to take care of herself by age two, one so desperate to be loved, she copied adoption papers from the local library “as soon as she was old enough to Xerox.” Envision a disciplinarian who locks kids in cages and gets away with it.

Matilda is especially magical, because it’s about a protagonist who stands up to evil and changes things against the odds. It’s a nostalgia bomb that doubles as a balm for these fraught times. Plus it’s a really well-made film. (In addition to starring as Matilda’s dad, DeVito also directed.) So next time you’re feeling hopeless and bummed out by a world run by a bunch of boisterous, inane adults, queue up Matilda. I promise it’ll put your faith back in the underdog.

More like this
The 8 best reality shows you're not watching, but should be
By Brandon Yu
Mariah Carey's 'Glitter' era deserved better
By Treye Green
Steve from 'Blue's Clues' gave us the closure we didn't know we needed
By Kara Weisenstein
Stay up to date