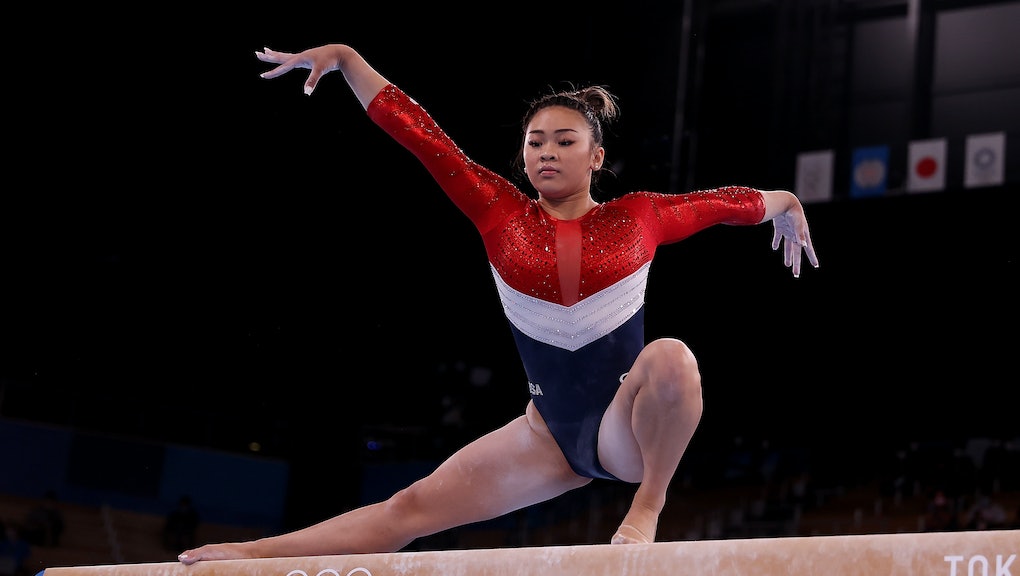 It's been an eventful week in women's gymnastics. On Tuesday, Americans awoke to the stunning news that Simone Biles had withdrawn from team competition at the Olympics to prioritize her mental and physical health — a courageous, difficult decision that reasonable people applauded and certain trolls disparaged.

For a while, it wasn't clear whether Biles would compete in individual events. Team doctors said she'd be "assessed daily" for clearance, but on Wednesday, the greatest gymnast of all time removed herself from the individual all-around final. "We wholeheartedly support Simone's decision and applaud her bravery in prioritizing her well-being," U.S.A. Gymnastics said in a statement. "Her courage shows, yet again, why she is a role model for so many."

On Wednesday night, Biles thanked her supporters for their compassion and understanding. "The outpouring [of] love & support I’ve received has made me realize I’m more than my accomplishments and gymnastics which I never truly believed before," she tweeted.

It's a sobering admission from the most decorated American gymnast in history, because of course she's more than the G.O.A.T. — she's human. In an inspiring moment of cross-generational wisdom sharing, 2008 Olympic all-around champion Nastia Liukin wrote Biles a heartfelt letter and probably put it best: "You came here as a gymnast, and you're leaving as a hero."

Then, on Thursday, a different young American gymnast soared to Olympic gold in the all-around. The youngest member of the U.S. women's team, 18-year-old Sunisa Lee, became its newest champion. "It didn’t even think I’d ever get here," she told the New York Times. "It doesn’t even feel like I’m in real life."

The teenage athlete has weathered turbulent times in recent years, and twice called her win "surreal," according to CNN. "This medal definitely means a lot to me because there was a point in time when I wanted to quit and I just didn't think I would ever be here, including injuries and stuff," Lee said. She trained through a broken bone in her foot and an Achilles tendon injury last year.

Lee also lost two relatives to COVID-19 during the pandemic. In 2019, her father suffered a spinal injury that left him paralyzed, just before the U.S. Championships, where she won gold in uneven bars. "So there are a lot of emotions, but I'm definitely super proud of myself for sticking with it and believing in myself," Lee said of her Olympic triumph.

The Minnesota teenager came into the Olympics aiming to win big for her father, who's her biggest fan, and for the Hmong American community, which she feels is unseen in the U.S. Her drive to maintain a grueling training regimen is fueled by all the first-generation immigrants who strove for success when their parents came to America with nothing.

On Thursday, when Lee captured the gold, her community back home was dialed in to witness the historic moment. The gymnast tweeted a video of a large crowd of her family and fans going nuts when she won, captioned with "the people I do it all for" and a crying-face emoji.

Biles cheered her teammate to victory from the stands. During the post-competition press conference, Lee opened up about the pressure she felt in the five-time medalist's absence — but said that Biles encouraged her to tune out those expectations. "I was starting to put a little bit too much pressure on myself. Knowing that Simone was gone, I feel like people kind of put that pressure on me that I had to come back with a medal," Lee said. But she channeled her teammate's advice and decided to "just focus on myself and do what I normally do because that's when I compete the best." It worked, obviously.

It's thrilling to witness what feels like a changing of the guard in U.S. women's gymnastics — but also celebrate that Biles is clearly nowhere near the end of her inspiring journey. She's more than backflips, and the same goes for Liukin and Lee. What's more, it's amazing to see these athletes be more transparent about psychology in sports and publicly support and encourage one another through their individual challenges. The future of gymnastics looks bright.

More like this
Colin Kaepernick's new Netflix documentary highlights the man behind the icon
By Keith Nelson Jr.
How many times must victims relive their trauma in the Larry Nassar case?
By Chloe Stillwell
This anxiety study is a really passive-aggressive reminder that wealth equals happiness
By Ian Kumamoto
Stay up to date