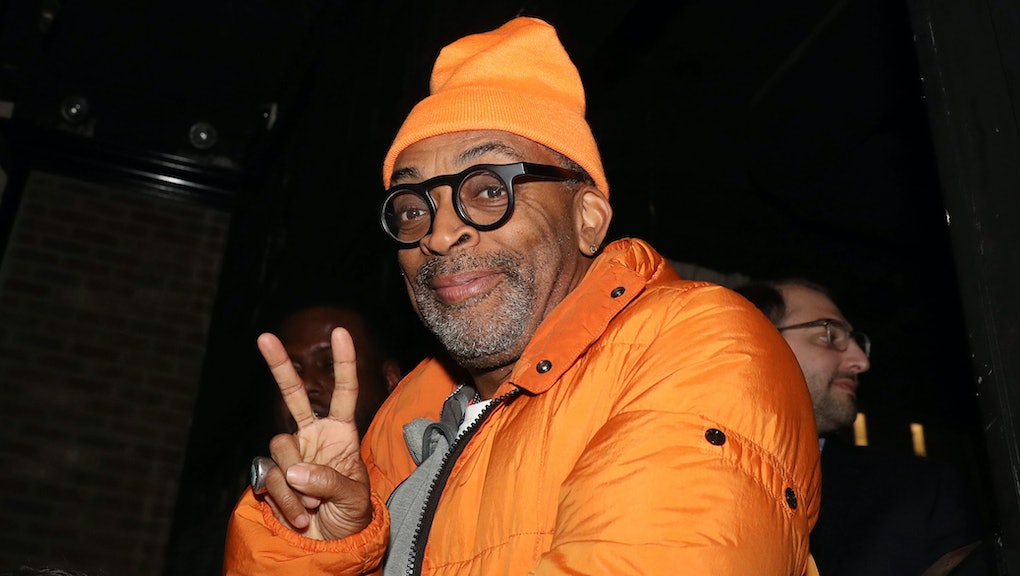 Spike Lee's appointment at Cannes is a long time coming

Never has a filmmaker been so repeatedly and consistently snubbed by the Academy as Spike Lee. Despite making genre and generational defining films, the director has only one Oscar. It was for “Best Adapted Screenplay” for his most recent film, BlakkKlansman, which told the story of a black police officer infiltrating the Klu Klux Klan. Now, in the glaring spotlight of yet another Oscars year determined to earn the hashtag “#OscarsSoWhite,” Spike Lee will make history at the 73rd Festival de Cannes.

Announced on Tuesday morning, Lee will be the next President of the Jury at the 2020 Cannes film festival. His appointment to the role marks the first time an African American has held the title, which is one of the most prestigious and powerful seats to hold in the film industry. In a statement posted to the Cannes website, Lee called the festival “the most important film festival in the world - no disrespect to anybody.”

And while it’s a shame that it took 73 editions of the festival for a Black American to lead its jury, Cannes has also distinguished itself by recognizing films that other award ceremonies have failed to. Even still, it is widely believed that Lee’s 1989 film Do the Right Thing was robbed of the Palme d’Or, which was awarded instead to Steven Soderbergh for Sex Lies and Videotapes. A 2017 Cannes gala, Lee remarked that he was robbed by that loss.

“In this life, I have lived ... my biggest blessings have been when they arrived unexpected when they happened out of nowhere. When I got the call that I was offered the opportunity to be President of Cannes Jury for 2020, I was shocked, happy, surprised and proud all at the same time," Lee continued in the statement.

"Spike Lee's perspective is more valuable than ever,” said Cannes president Pierre Lescure, and General Delegate Thierry Frémaux. “Cannes is a natural homeland and a global sounding board for those who (re)awaken minds and question our stances and fixed ideas. Lee's flamboyant personality is sure to shake things up. What kind of President of the Jury will he be? Find out in Cannes!"

This certainly feels like a jab at the Oscars, which nominated the supervillain origin of DC character the Joker 11 times, making it the top nominated film of an award show that seems to have entirely lost its relevance. For Lee, a prolific Black filmmaker who has been repeatedly slighted by the Academy, it’s likely that the Oscars haven’t mattered to him for a long time. Even Parasite director Bong Joon-ho, who was nominated in multiple categories at the Oscars, told Vulture that he didn’t hold the awards in very high regard: “The Oscars are not an international film festival. They’re very local,” he said.

“In closing, I'm honored to be the first person of the African diaspora (USA) to be named President of the Cannes Jury and of a main film festival,” Lee concluded.

More like this
The bittersweet success of 'Shang-Chi' after a year of pandemic-fueled Asian hate
By Brandon Yu
Even in death, Michael K Williams was, and still is, Brooklyn for life
By Keith Nelson Jr.
Colin Kaepernick's new Netflix documentary highlights the man behind the icon
By Keith Nelson Jr.
Stay up to date