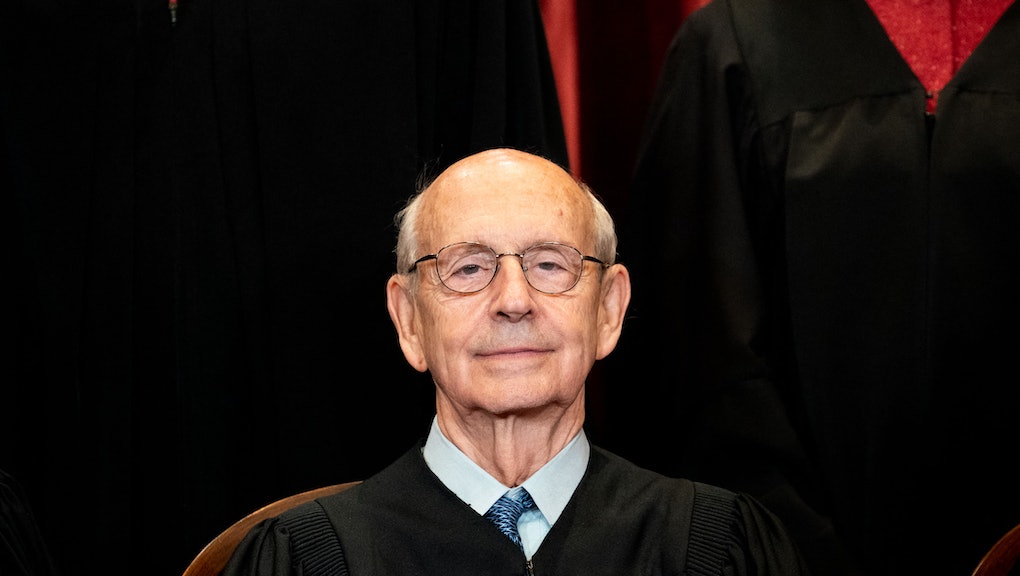 Perhaps the single most impactful feature of Donald Trump's disastrous tenure as president, aside from the rise in bigoted proto-fascism, has been the inexorable rightward lurch of the United States Supreme Court. His successful nominations of three ultra-conservative justices has sent the court careening into lopsidedly partisan territory, with the liberal side of the bench at an obvious disadvantage in the face of a GOP-engineered onslaught against the Republicans' favorite bugbears: voting rights, gender and gender identity equality, and guns, just to name a few.

As we saw with the sudden death of Justice Ruth Bader Ginsburg last fall, the left-right makeup of the court — such as it is — stands in precarious balance, with the advancing age of sitting justices a major factor. And so, in light of Ginsburg's death, and the Trump administration's successful effort to ram through a hard-right replacement for the liberal icon, all eyes are now on liberal Justice Stephen Breyer — who, at age 82, has an opportunity to retire from the bench and give President Biden and the Democrats' razor-thin congressional majority the space to install an ideologically friendly replacement.

But Breyer, it seems, has no real interest in preserving the paltry remains of the court's liberal wing, despite growing calls for him to step down while the Democrats are in a position to do something about it. He's just having too much dang fun!

Speaking with CNN on Thursday, Breyer flatly refused to entertain the chorus of Democrats who worry his advancing age could end up replicating a Ginsburg scenario. Among the many reasons he's not interested in stepping down is that with Ginsburg gone, he's now the most senior liberal member of the court — a position he apparently relishes to the point of overriding any sense of urgency for the balance of the court in general.

"[Being the senior-most liberal on the bench] has made a difference to me," he told CNN.

Describing his newfound heft in the court's private discussions — in which he now speaks third, after Chief Justice John Roberts, and Justice Clarence Thomas, who has spent the most time on the bench — he bragged that the sessions are "not a fight. It is not sarcasm. It is deliberation."

Asked what factors he would consider if he were to step down, Breyer told the network "Primarily, of course, health."

"Second, the court," he added.

Breyer's obstinance about stepping down comes amidst a broader push among some Democrats to reimagine the makeup of the Supreme Court at large, with some lawmakers pushing to "pack the court" by expanding its membership. Others have floated imposing term limits on the historically lifetime appointment to keep the court's roster fresh.

For Breyer, though, it seems that things are going great as is, so long as he himself is having a nice time.