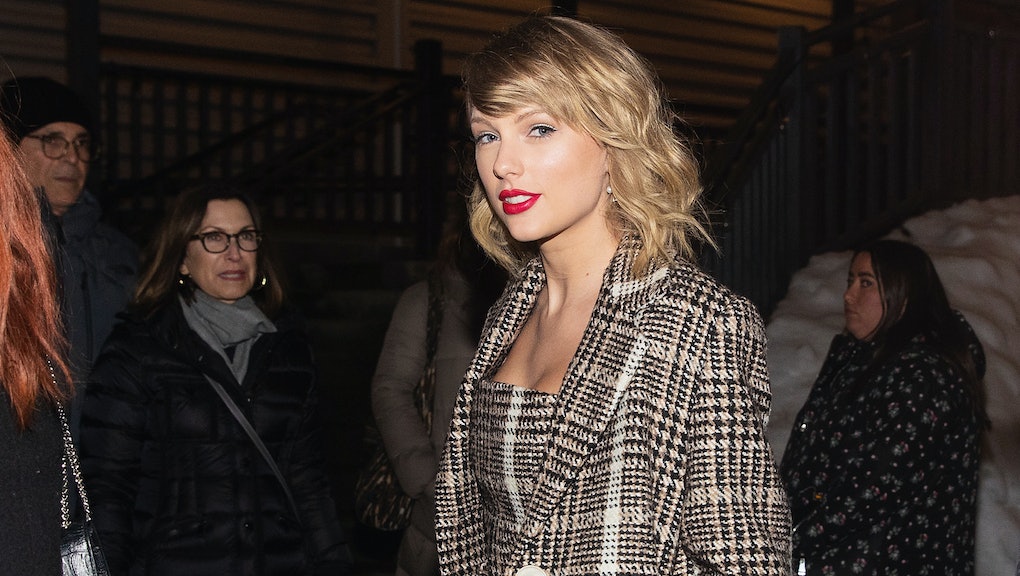 Taylor Swift's new documentary is a lesson in maximalist decor

The new Taylor Swift documentary on Netflix, Miss Americana, is about Taylor Swift shedding her carefully calibrated public persona in favor of authenticity. Or, as much authenticity as a global superstar can allow.

She makes the decision to discuss her beliefs about politics, and the challenges that she's faced as a woman in the music industry. You get the sense that fame has become a weight around her neck. It's a decently unvarnished look at one of the most famous women on the planet. Compelling television, to say the least.

But watching while Miss Americana, what really hooked me was the interior decorating in Swift's home. In one scene, where Swift has a deep talk with her long time best friend Abigail Anderson, we get premium access to the inside of her kitchen. The two share a glass of chilled white wine (a decision I fully support), amidst the kitchen's array of blues and yellows. I noticed the cabinets, which had small floral decorations painted on them. The oven was covered in magnets, photos, and trinkets, like a typical suburban home. Nothing in the room matched.

It got even better in the dining room. No two chairs were the same. One was decorated with a Union Jack flag. The room had the feeling of an antique shop that crashed into a world market. On the ceiling, there were streams of cream, purple, and red fabrics. A sculpture of a donkey holds court in the back corner, wearing a hat. Lanterns hang on the wall.

Taylor Swift’s kitschy kitchen is something I entirely endorse. It's fun and magical and somehow illustrates the spirit of the many iterations of the singer over all these years.

I don’t have any definitive feelings about Taylor Swift after the documentary. Nearly every pop star has the ability to craft a myth about who they are, and their relationship with fame. Even expressions of vulnerability feel like they need to be taken with a grain of salt. But appreciating a kitchen has no such implications. Thank goodness.