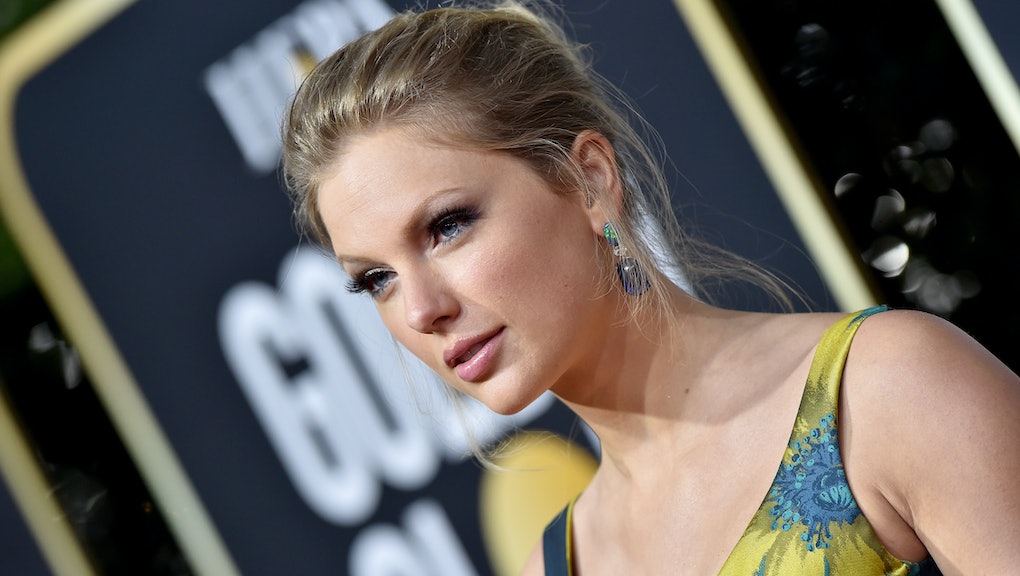 Some people love her, some can't stand her. Taylor Swift wants people to know she doesn't care what they think of her — at least, not anymore.

The official trailer for Miss Americana, Swift's Netflix documentary, dropped on Wednesday ahead of the film's premiere on opening night at the Sundance Film Festival. Directed by Emmy Award winner Lana Wilson, the "Swift-umentary" chronicles the pop star's transformation from sugar-coated ingenue to a more outspoken performer willing to use her platform to further her own agenda, political or otherwise.

In short, the film documents Swift learning to give up on the Sisyphean goal of likability: “Throughout my whole career, label executives would just say, ‘A nice girl doesn’t force their opinions on people. A nice girl smiles and waves and says thank you,’” the singer-songwriter says in the Miss Americana trailer. “I became the person everyone wanted me to be.” Lest we forget, she also became extremely wealthy and influential in the process.

Netflix has produced a number of music documentaries in recent years: Gaga: Five Foot Two was a hit for the streamer in 2017, as was Homecoming: A Film By Beyoncé last year. Queen Bey's flick was nominated for a 2019 Emmy. There's also a big-budget documentary about Billie Eilish in the works from Apple.

In addition to Emmy-winner Wilson, the trailer for Miss Americana touts the Academy Award-winning filmmakers behind 20 Feet From Stardom, the lauded 2013 documentary about backup singers.

The new film about Swift largely focuses on her decision to voice a political opinion, establishing her position on issues of women's equality, LGBTQ rights and her endorsement of Tennessee Democrats in the 2018 midterm election.

Variety published an interview with Swift on Tuesday, and pointed out her critics "dragged her for staying quiet during the [2016] presidential election." Her silence was interpreted in certain corners of the internet as implicit support for Trump, and more insidiously, white nationalism.

But the wild speculation helped prompt a serious reconsideration of the way Swift chooses to wield her voice and influence. “Every time I didn’t speak up about politics as a young person, I was applauded for it,” she said. “It was wild. I said, ‘I’m a 22-year-old girl — people don’t want to hear what I have to say about politics.’ And people would just be like, ‘Yeahhhhh!’”

Swift also revealed a sad bit of news about her mother's cancer battle during her sit-down with Variety: her mom Andrea, who's beloved by "Swifties," was diagnosed with a brain tumor while going through chemotherapy late last year. Swift told fans her mom was fighting an undisclosed form of cancer several years ago. “The symptoms of what a person goes through when they have a brain tumor is nothing like what we’ve ever been through with her cancer before. So it’s just been a really hard time for us as a family,” Swift said.

Miss Americana offers just a small glimpse into Andrea Swift’s cancer battle. In one lighthearted scene, she explains she adopted a "cancer dog" into the famously feline-friendly Swift family as a way of saying "eff you" to the disease.

Swift scaled back touring after releasing her latest album, Lover, and she confirmed to Variety she made the decision largely so she could be close to home. Normally, a major artist would be on the road touring for months after a big release.

“Both of my parents have had cancer, and my mom is now fighting her battle with it again," Swift wrote in an essay for Elle penned last March. "It’s taught me that there are real problems and then there’s everything else. My mom’s cancer is a real problem."