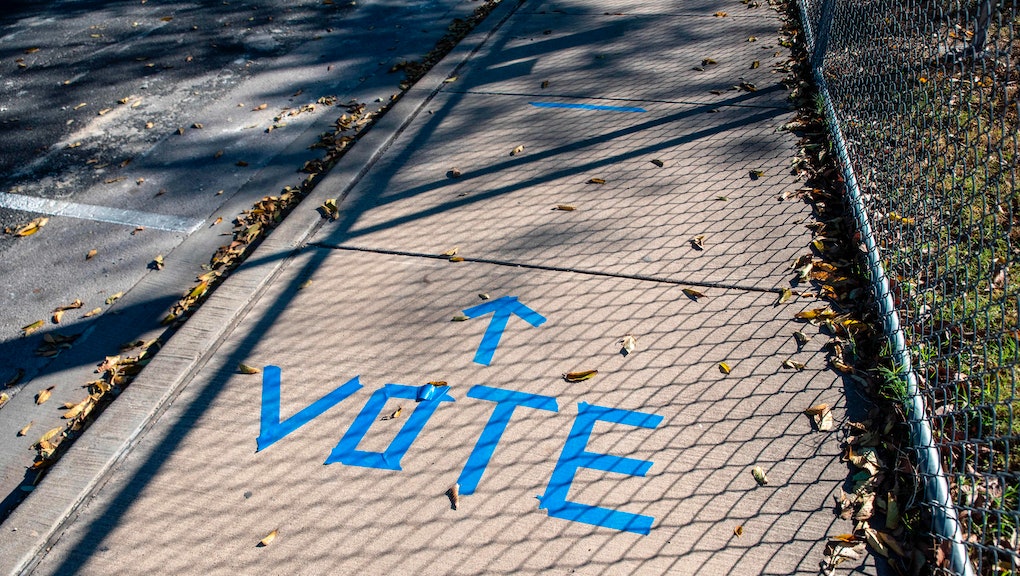 Perhaps the single biggest, most consequential fight in American politics today is the one taking place in and around the voting booth, where Republicans have redoubled their efforts to limit who, how, and when people can cast their ballots — particularly in the wake of the party's 2020 losses in states like Georgia and Arizona. Democrats, meanwhile, have pushed ahead with their own voting rights legislation on the federal level, designed to regain, expand, and then safeguard electoral protections lost during the Trump administration.

These two competing initiatives seem poised to come to a head in Texas, arguably the epicenter of conservative restrictiveness, where a new bill designed to bifurcate local and federal elections is slowly working its way through the statehouse.

H.B. 4507's benign-sounding description frames the bill as simply "an act relating to federal election practices and procedures." Its effect, however, would be to decouple voter registration to create separate processes for registering for federal and local elections, effectively exempting city and state elections from Democrats' federal protections. The bill is the brainchild of Texas state Rep. Mike Schofield, a onetime adviser to former Texas Gov. Rick Perry (R), who spearheaded Perry's voter ID efforts which were described at the time by a panel of federal judges as imposing "strict, unforgiving burdens on the poor."

Schofield's proposal, one of several currently before the the Texas Legislature, is what's known as a "trigger bill" designed to take effect if Democrats' federal H.B. 1 voting rights bill is signed into law.

"That’s the way the Constitution works," Schofield told his colleagues during a recent meeting of the State Affairs Committee. “Congress has the right to set the time, place, and manner of their elections, but not for ours."

In practice, however, the bill adds an onerous step in Texas's already restrictive voter registration process. As it states:

Any person registered under this system shall not be eligible to vote in any election other than federal elections unless that person is qualified and registered to vote under Title 2 of this Code.

In other words: Unless otherwise exempted, people would now need to register twice to vote in Texas, once for federal elections, and once for state elections. And that second state-specific registration process could (and almost certainly would) be dramatically different, and more restrictive than the federal one.

Consider as well that although Schofield's bill is framed in the language of protecting the state from federal overreach, it is part of a long system of voter disenfranchisement efforts which — by GOP officials' own repeated admissions! — exist to tip the electoral balance in their favor, in no small part by making it more difficult for people from less wealthy, marginalized communities to cast their ballots.

Similarly, while the GOP continues to rattle its sabers over the looming threat of massive voter fraud, there is currently only one single pending voter fraud case in Texas as a result of this past election. One. Out of more than 11 million ballots cast in the 2020 election.

H.B. 5407 is currently still in committee in the Texas legislature. But in a state where Republicans hold both the House, Senate, and governor's office, it's likely going to pass — and usher in a new strategy for voter suppression.