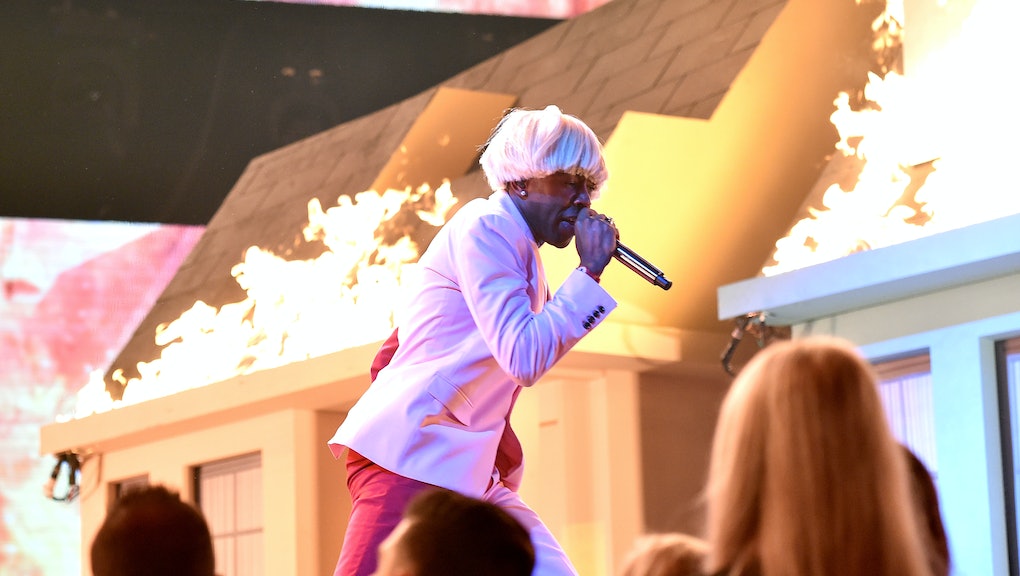 The 2020 Grammys felt different, but it wasn’t like the Recording Academy proactively made sweeping changes to the awards. Conversely, some sad circumstances seemed to force their hand this year. Kobe Bryant’s sudden death, just hours before the Grammys kicked off at his home court, the Staples Center in LA, cast a somber and pensive patina over a night that’s usually as amped-up and sugar-coated as possible.

So did the scandal that unfolded within the Recording Academy itself last week: the Grammys ousted its first female CEO, Deborah Dugan, ten days before the broadcast; Dugan fired back with a 44-page lawsuit accusing the Grammys of voting corruption and a rape cover-up just five days before “music’s biggest night.”

Hosted by Alicia Keys, a true class-act, the Grammys seemed more thoughtful and reflective than usual, which felt right for our fraught political and cultural moment. The end result was a better viewing experience, but improvements to the broadcast were mostly thanks to the artists themselves.

Lizzo, nominated for the most Grammys of the night, kicked things off in spectacular fashion with a jaw-dropping performance of her songs “Cuz I Love You” and “Truth Hurts.” Clad in a shimmering black gown, she dedicated the night to Bryant, then belted out the opening notes of her album’s title track, backed by an orchestra that appeared to be made up entirely of black, female musicians. She was joined onstage by ballerinas wearing light-up tutus and white durags. Lizzo’s flute even descended from the stadium rafters, in time for a climactic solo.

Keys took the stage to deliver her opening monologue slowly and deliberately. “To be honest with you, we’re all feeling crazy sadness right now,” she said, referencing the helicopter accident that claimed the lives of Bryant and all others onboard, including his 13-year-old daughter Gianna. “We never imagined in a million years we’d have to start the show like this,” Keys said. She was joined by Boyz II Men, to sing a rendition of “It’s So Hard to Say Goodbye.”

When the Grammys came back from commercial break, Keys turned her attention to the music industry, politics, and the state of the world writ large. “Real talk, there's a lot going on,” she said. “I need to serenade you all for a minute.” While playing a gentle melody on piano, Keys delivered an emotional, inspiring speech that, honestly, was probably far wiser and measured than Trump’s mid-impeachment State of the Union address will be next week. Heck, she sang half of it in rhyming couplets:

Tonight we must unite in spite of all the news that we're seeing / Commander in Chief impeached, y'all get out let's bring Cardi B in / Cause music changes the world, just like Beethoven said / Old dude in a wig but I still give him some cred

In that moment, Keys helped the Grammys transcend awards show artifice, by genuinely celebrating the universal joy that culture brings. She also called on artists to embody the changes they want to see within the recording industry: “It's a new decade. It's time for newness,” Keys said. “We refuse the negative energy. We refuse the whole system. Feel me on that. We want to be respected and safe in our diversity. We want to be shifting to realness and inclusivity. So, tonight, we want to celebrate the people, the artists who put themselves on the line to share their truth with us.”

There were some other standout moments at the Grammys last night — Tyler the Creator’s performance, which started out with Boyz II Men singing the harmonies to “EARFQUAKE” standing around a barrel fire, was incredibly entertaining and also literally “lit”; and Billie Eilish did a haunting rendition of “When the Party’s Over” accompanied by her brother, Finneas, on piano.

But as soon as the broadcast shifted from performances where artists had creative control to ones clearly conceived of and produced by the Grammys, things fell apart. Let’s talk about the Prince tribute, bizarrely delivered three years after his death, with Usher on vocals and FKA Twigs pole dancing — but never singing. Or the Aerosmith and Run-D.M.C. reunion that looked and sounded like it was staged by middle schoolers. Gone were the plus-sized backup dancers that Lizzo hired for her opening number; the rest of the night, the dancers were as thin and conventionally pretty as they’ve been for the past several decades.

In terms of actual awards given out, the Grammys seemed to be atoning for past sins: Lizzo, Lil Nas X and Billie Eilish led the nominations, and 18-year-old Eilish swept all four major awards categories last night — best new artist, record of the year, album of the year, and song of the year. She also won best pop vocal album, for a total of five Grammys. Lizzo took home three, including best pop solo performance, and Lil Nas X won two, including best music video.

Ultimately, the good parts of the Grammys offered an exciting glimpse at what the next decade in music could look like: a more joyful, inclusive, boundary-breaking artform. But this bright potential future has nothing to do with the Recording Academy’s navel-gazing and everything to do with the hard work of musicians themselves.