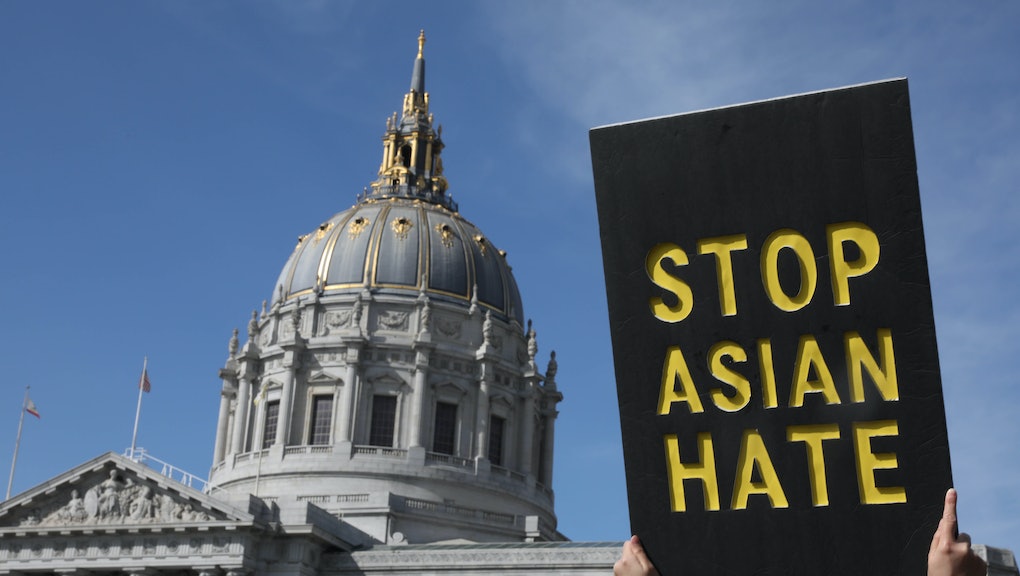 After 75-year-old Xiao Zhen Xie fought off an apparently anti-Asian attacker in San Francisco, supporters donated nearly $1 million to a GoFundMe page arranged by her grandson, John Chen. But one week after the attack, she has made the decision to donate the cash instead, saying "the issue is bigger than Her."

On Tuesday, Chen posted an update on the GoFundMe page, writing that his grandmother "is now starting to feel optimistic again and is in better spirits."

"She said we must not summit to racism and we must fight to the death if necessary," Chen added, stating that the family had decided to donate the nearly $950,000 raised by more than 31,000 people to the Asian American community to help combat anti-Asian hate. He did not mention where, specifically, they will send the money.

The attack on Xie took place last week in San Francisco, where 39-year-old suspected assailant Steven Jenkins is believed to have punched the retiree shortly after assaulting an 83-year-old Asian man. Xie fought back, reportedly hitting Jenkins with a wooden board she grabbed in the moment.

Video taken immediately after the attack shows a distraught Xie holding an icepack to her head, waving the long block of wood and yelling at Jenkins as he is wheeled away on a stretcher.

Chen created the GoFundMe page later that day and shared an update on Xie's condition. "She is now suffering two serious black eyes and one that is bleeding unstoppably," he wrote. "Her wrist has also swelled up. She has been severely affected mentally, physically, and emotionally. She also stated that she is afraid to step out of her home from now on."

He said he started the GoFundMe campaign because "although she has health insurance that covers the basics, there are still many medical expenses that cannot be covered on her own."

The family's decision to donate the money — which, according to Chen, Xie now "insists on" doing — comes in the wake of last week's mass shooting in Atlanta, during which accused murderer Robert Aaron Long killed eight people, many of whom are of Asian decent. That attack is believed to have been motivated by a toxic combination of racism and misogyny.

Both the shooting and the attack on Xie are part of an alarming rise in anti-Asian racism in the United States. According to Stop AAPI Hate, nearly 4,000 incidents of anti-Asian racism — including verbal and physical harassment — were reported over the past year, with more than 500 in the past three months alone.