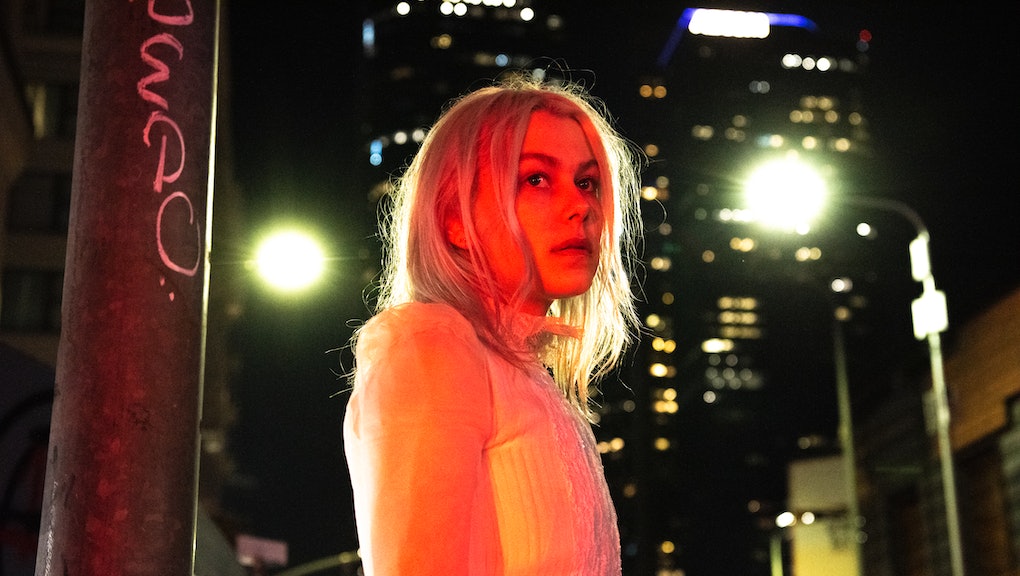 The best albums of the week, from Phoebe Bridgers, Bob Dylan, and more

“I’m not pushing the record until things go back to ‘normal,’ because I don’t think they should...abolish the police,” Phoebe Bridgers wrote before sharing her new album early on Twitter yesterday. She’s right that there’s no sense in waiting for a normal that will never return, and that it’s possible to holler about an end to policing alongside new music. Pausing everything indefinitely won’t lead to a better world.

Perhaps as a model for how those efforts can intersect, Bandcamp is donating 100% of its profits on Juneteenth to the NAACP Legal Defense Fund, which works to enact racial justice through litigation and advocacy. Along with any of the new releases featured below, including albums from Phoebe Bridgers, Bob Dylan, and more, consider supporting any of these Black artists and producers for Bandcamp’s donation day.

With only one solo album under her belt, Phoebe Bridgers has become something of a generational voice for blending wry detachment and pure pathos. The years of collaboration on side projects with Conor Oberst, Julien Baker, and Lucy Dacus led to some dingers, but everything’s felt like a stopgap since Stranger in the Alps. Its follow-up is a culmination of those years, brimming with many of those same collaborators, in a record that often trades the immediacy of her boygenius contributions and Stranger standouts for patient, spacious, and gently textured. Ever the master of confronting emotional discomfort with daggers, hang on for the cathartic climax of “I Know the End,” bringing back blog rock horns with a vengeance.

This guy… Eight years after his last album of original songs — with three standards collections and an infinite number of bootlegs and live recordings in the meantime — Rough and Rowdy Ways is positioned as a direct return to form. The lead singles, including his 17-minute deconstruction of the Kennedy assassination and counterculture, have been both playful and elegiac. While we haven’t heard it at the time of writing, it’s been hailed as one of his best albums in more than two decades. Album cover is, well, pretty rough.

If you can remember the Wyoming Sessions — the string of five Kanye-produced albums released in the summer of 2018 — Teyana Taylor’s K.T.S.E. got the short end of the stick. The last of those albums, buried under a noisy, tumultuous rollout of clunkers and Pusha T’s great Daytona, Taylor’s unfussy, lightly virtuosic set was maybe overlooked out of exhaustion. She’s said that it was slight and incomplete, due to sample clearance issues, but The Album stands to be a heftier offering. With Erykah Badu, Missy Elliott, Ms. Lauryn Hill, Future, Kehlani, and more featuring, this at least has the presentation of a blockbuster major label record that’s eluded her to this point.

What year is this, anyway? Neil Young’s long-awaited 1975 album Homegrown, which was tabled in favor of Tonight’s the Night, has finally arrived. Although he’s called Homegrown the “missing link between Harvest, Comes a Time, Old Ways and Harvest Moon,” my fellow On the Beach-heads should find some of its hazy melancholy in these far shorter leftovers. It’s hard to imagine a time when rock titans could just shelve entire albums to dig up decades down the road, but resurfacing Homegrown is so evidently justified. Maybe that’s how we’ll hear Yandhi in 2040, if we’re all still around.

This side project of The Courtneys’ Courtney Garvin is a mundane, fuzzy buzzsaw. Fashioned as “harsh twee,” they find some of that other project’s sheer immediacy and knack for lo-fi untethered from time with its dreamier textures. (Although, okay, this could easily be right at home in a sun-kissed '90s teen movie.) The early standouts here look to be the title track, "Tennis (I Feel OK)," and "Pills."