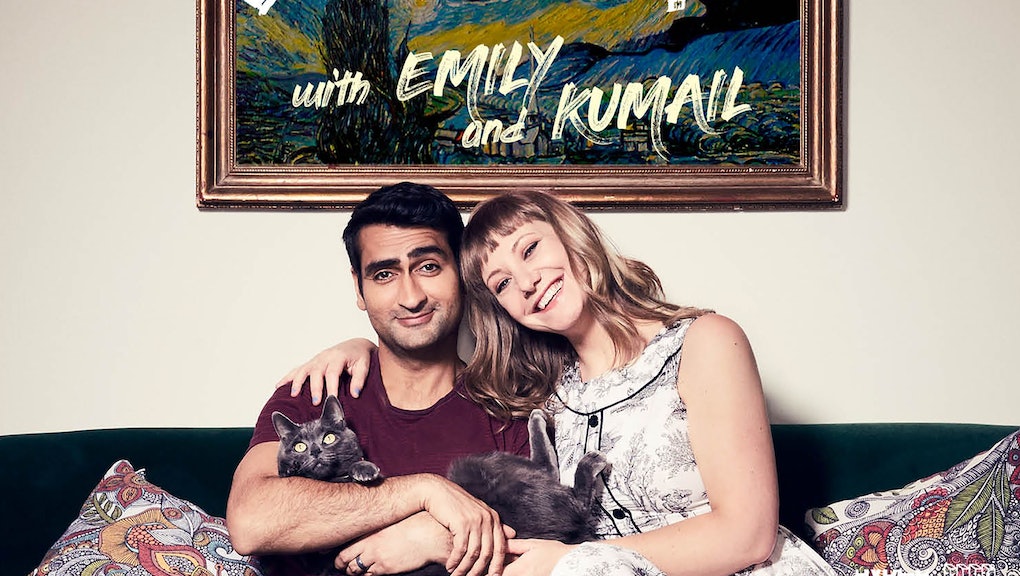 The best podcasts for people who aren't into podcasts

Netflix has become the de-facto source of entertainment for many of us self-isolating. But with so much sitting-and-watching, your backside is apt to start fusing with the fibers of your couch before too long…

Fortunately, podcasts are an excellent quaran-tainment alternative, because they’re a portable distraction and great for multitasking. You can queue one up while strolling the neighborhood, shopping for groceries, cleaning, gardening, exercising, laying in the sun — really any kind of mindless or repetitive activity makes for primo listening.

Getting into podcasts can seem intimidating, however, because there are so many gosh-darn shows to choose from these days. The big radio boom has become something of a joke, actually. Everybody and their cousin seems to have a podcast. How does a radio newbie know where to start?

Browsing the top charts in your podcasting app of choice is a great point of embarkment. Read show descriptions, listen to clips and see what peaks your interest. You could check out some of the stalwarts: This American Life has been on the radio since 1995 and distributed in podcast form since 2006; WTF with Marc Maron launched in 2009 and is still broadcasting more than a decade later. And then there’s Serial, the 2014 offshoot of This American Life that became the first viral podcast, breaking download records and effectively fueling the radio boom today.

These other well-established and award-winning shows are worth a whirl, too: check out Reply All (about the internet), Radiolab (about science), Invisibilia (about philosophy, kinda), Stuff You Should Know (about everything you can imagine), Planet Money (about finance, duh) and Wait, Wait… Don’t Tell Me! (a comedic news quiz) for starters.

Other than that, here’s a smattering of newish and lesser-known but really good shows to dip your lobes into the podcasting pool and get your ears wet.

Hosted by Jad Abumrad (creator of Radiolab), Dolly Parton’s America is both exactly what it sounds like and so much more. It’s about Dolly’s cultural power and influence, and it delves into her seemingly magical, egalitarian appeal. The show came about in a pretty enchanted way, too. Abumbrad’s father, a well-respected doctor in Nashville, has randomly been friends with Dolly for decades. So Jad used the hookup to get to know the icon, following her around the world for two years to unravel the question: What is “Dolly Parton’s America?”

Okay, Song Exploder isn’t particularly new — they’ve got over 150 installments in their archives — but it’s one of those shows that continues to deliver in a real way. If you’re an audiophile at all, you’ll probably be a fan of this podcast, where musicians take apart their songs, and piece by piece, tell the story of how they were made. One of my all-time favorite episodes is Fleetwood Mac, with Lindsey Buckingham breaking down how he wrote “Go Your Own Way,” about his relationship with Stevie Nicks. So juicy and wonderful.

This podcast, created by Radiolab reporter Latif Nasser, is wild. You see, another man named Latif Nasser is Detainee 244 at Guantanamo Bay. The US government paints a horrifying picture of The Other Latif as an explosives expert and advisor to Osama bin Laden, but the man’s lawyer claims he was never in Al-Qaeda, just in the wrong place at the wrong time. The disconnect sucked Radiolab’s Latif into a years-long investigation to figure out exactly what happened and how his “name twin” traveled such a strikingly different path from his own.

Each episode investigates a medical mystery, fueled by the question, “What’s wrong with me?” I love Bodies for its devotion to investigating women’s health issues, which are chronically under-researched. A recent episode focused on what it’s like having a baby during a pandemic, and it’s a fascinating and maddening listen.

Listening to Sleepwalkers, which is all about the ways artificial intelligence (AI) is shaping our world, was hands-down the most informative (and terrifying) experience I had last summer. Tune in to glean more than you ever wanted to know about machine learning, if you dare.

Podcasts aren’t all nonfiction! For those who want to flex their imagination, Welcome to Night Vale is one of the longest-running and highly-acclaimed fiction podcasts out there. It’s styled as a community radio show for the small desert town of Night Vale, with segments “featuring local weather, news, announcements from the Sheriff's Secret Police, mysterious lights in the night sky, dark hooded figures with unknowable powers, and cultural events,” according to the series’ website.

John Mulaney and Nick Kroll are back playing George St. Geegland and Gil Faizon, two ornery New Yorkers with a penchant for canned fish. But this time, they’re hosting a podcast dedicated to the life and death of Princess Diana. It’s an incongruous and absurd concept — thus perfectly suited for quarantine.

Staying In with Emily & Kumail

Kumail Nanjiani and Emily V. Gordon, the husband-and-wife duo whose real-life love story inspired The Big Sick, are taking to the airwaves to coach people through the pandemic. They’re using their new limited series, Staying In with Emily & Kumail, to share tips on staying sand and entertained during the health crisis, and best of all, all proceeds from the show benefit charities providing coronavirus relief.