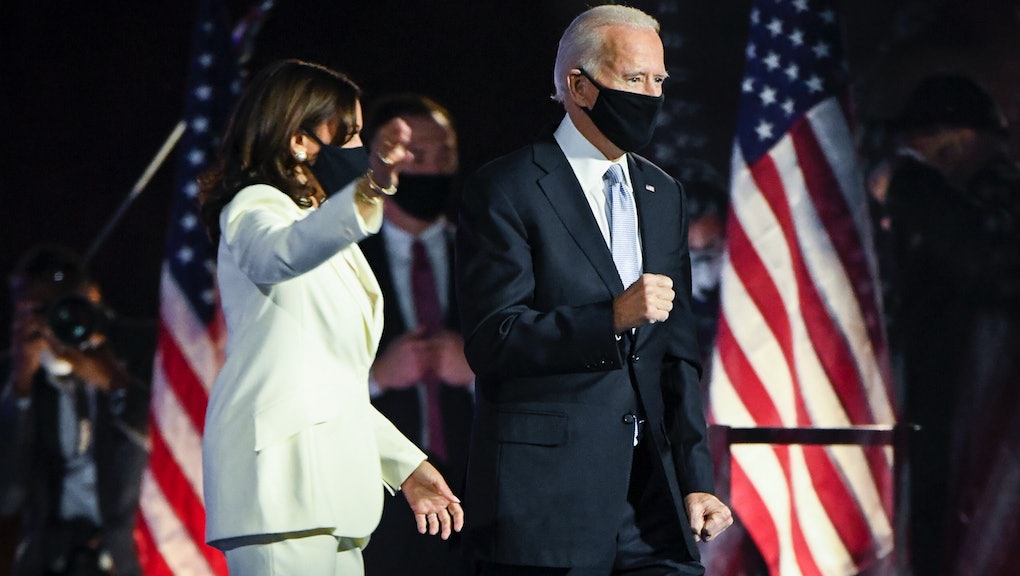 The Biden administration apparently plans to hit the ground running on Jan. 20, the first day of the president-elect's term in office. Joe Biden, who on Saturday was officially projected the winner of the presidential election, announced Monday a slate of proposals to reverse the legacy of the Trump administration.

Among the Trump-era executive orders that President-elect Biden is expected to reverse is the ban on travel and immigration from several majority-Muslim countries. Biden has also pledged to rejoin the Paris climate agreement, which the U.S. finally officially pulled out of last week, years after President Trump announced the country's withdrawal. It will take at least month to reinstate the U.S. in the pledge, so it will likely be at least February 2021 before the Biden administration can start influencing global policy on climate issues.

On Monday, the Biden transition team also announced plans to halt deportations while it is, per CBS News, "reviewing the deportation system." It's unclear what "reviewing" entails or what will happen to people who are currently incarcerated in Immigrations and Customs Enforcement detention centers, but the halt on deportations stands in direct contradiction to the Trump administration, which increased arrests and deportations throughout its four years — including this summer during the coronavirus pandemic.

"Every president wants to come out of the gate strong and start fulfilling campaign promises before lunch on the first day," Dan Pfeiffer, a former senior adviser to former President Barack Obama who helped choreograph Obama's first days in the White House, told The New York Times. "Executive orders are the best way to do that."

Other anticipated executive actions include rejoining the World Health Organization, which Trump picked a fight with after the onset of coronavirus. The U.S.'s withdrawal from the organization was previously scheduled to take effect July 2021, so it's likely that an announcement of the country's intention to rejoin in January 2021 will cause a bit of whiplash. But the quick turnaround will likely mean there won't be severe lasting effect on global health funding from Trump's outburst.

It's also expected that Biden will also send a proposal to Congress to develop a pathway to citizenship for people who immigrated to the U.S. as children, known in the political world as DREAMers. Additionally, Biden "has said he will restore the rights of government workers to unionize," and he "has promised to order a new fight against homelessness and resettle more refugees fleeing war," per The New York Times.

Biden has also pledged to take an active approach to mitigating the coronavirus outbreak in the United States — decidedly the opposite of the course Trump plotted. Biden already announced a task force of medical professionals who will advise on policy, and per The Washington Post, he also has plans to appoint a "supply commander to oversee production and distribution of testing — and, when ready, vaccines — as well as materials such as masks and gowns." On Monday, it was announced that a coronavirus vaccine developed by American pharmaceutical company Pfizer and BioNTecha, a German biotech firm, is over 90% effective by early findings. The Biden administration will play a critical role in ensuring that the vaccine is distributed to the 300 million U.S. residents in a timely manner, and will also decide the individual cost of that vaccine to U.S. residents.