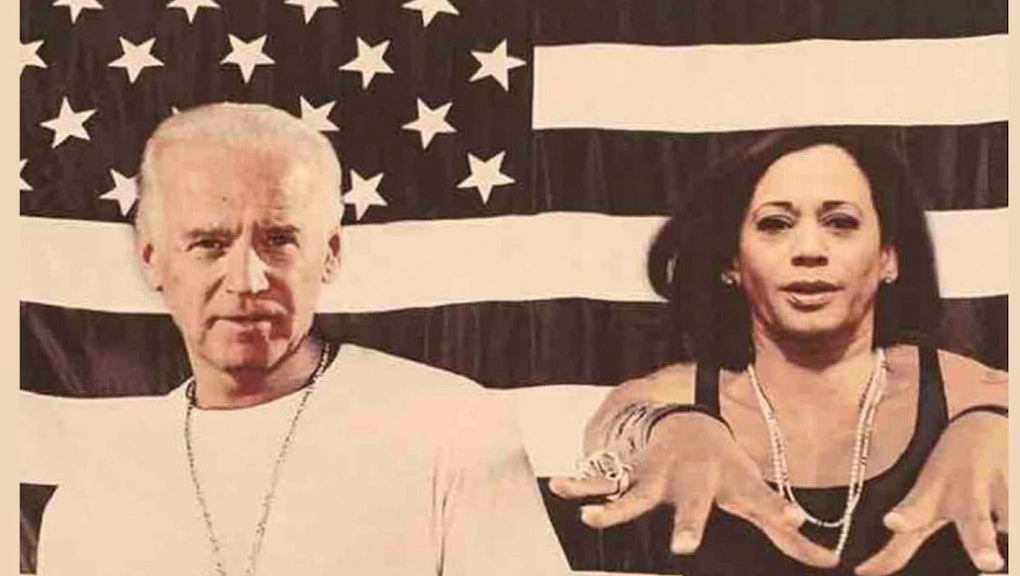 The Biden era has already produced a bonanza of terrible art

Now that it’s over, you could reasonably assess whether the Donald Trump presidency was as great for punk, comedy, or art as some naive early optimists were hoping. (Unless you were taken by lip-syncing parody videos or exceedingly buff paintings of the big squishy guy — it wasn’t.) If the early returns are any indication, it’s hard to imagine anyone forecasting the same for the Joe Biden years thus far.

Almost immediately after President Biden’s inaugural address, Macklemore — that collision of goofiness and white rapper navel-gazing who thrived during the Obama years — was back with a “Trump’s Over” freestyle posted to YouTube. An upbeat spiritual sequel to Eminem’s incensed, hilarious BET Awards freestyle, Macklemore is still excruciatingly aware of his own privilege. He’s every reaction to the new presidency balled up into one: giddiness, late-night caliber dunks, and a solemn resolve to Do Better.

While Macklemore — along with that strange virtual parade and Celebrating America special on Wednesday — will always be my first impression of Biden-era popular culture, the most indicative display might have come from the grim viral artwork making the rounds on social media. There was the revival of Biden and Harris photoshopped onto Outkast’s iconic Stankonia cover — a deeply cursed image that first appeared on T-shirts back in October. The Hague indeed for anyone who purchased or disseminated this one.

You can now expect any major news development that benefits the Democratic Party — the 2020 election, the Georgia runoffs, the inauguration — to be met with at least some degree of fan fiction involving the recently deceased. Wednesday’s was a digital painting by an artist of Biden and Harris embracing, with Ruth Bader Ginsburg, John Lewis, Elijah Cummings, and... John McCain smiling down from the heavens. The past few months have provided so many entries into the genre: Kobe Bryant, Chadwick Boseman, and RBG playing Jeopardy! with Alex Trebek hosting in the afterlife, that remarkable Avengers: Endgame election video that turned out to be produced completely in earnest.

The seeds for political stan culture were obviously planted long before any of this, bubbling under the surface to emerge for something like the Beto O’Rourke calf cramp tweet, but it’s been an absolute bonanza in the past 24 hours. Horniness aside, there’s the bizarre fascination — after four years of recoiling in horror at a reality TV star running the country — with imagining behind-the-scenes fantasies of the new administration living it up at their weekly potlucks. They function more as TV characters than policymakers in this way, but it’s still jarring to see the same lessons stubbornly refuse to be internalized.

No matter how overwhelming the consensus seemed to clamp down on cringe-filled celebrity content like the “Imagine” video last year, there’s a reliable audience for this stuff when the subject is right. Even after a year with innumerable inequality and pain, the base has rushed to bring back the old, feel-good alliance between celebrities and the Democratic Party. The material differences between administrations are rarely felt by the people who buy into this sort of ill-conceived viral artwork — it’s all about channeling the upbeat vibes that got us into this predicament in the first place, without a care in the world. But as long as nobody reimagines Joe Biden's face on the body of Rambo, consider it an improvement.

More like this
Biden has hit his 100th day in office. So what's next?
By Rafi Schwartz
In his first address to Congress, Biden took on the country's vices: guns and police brutality
By Rafi Schwartz
Biden's pledges aren't enough to avoid the worst effects of climate change, new study says
By AJ Dellinger
Stay up to date