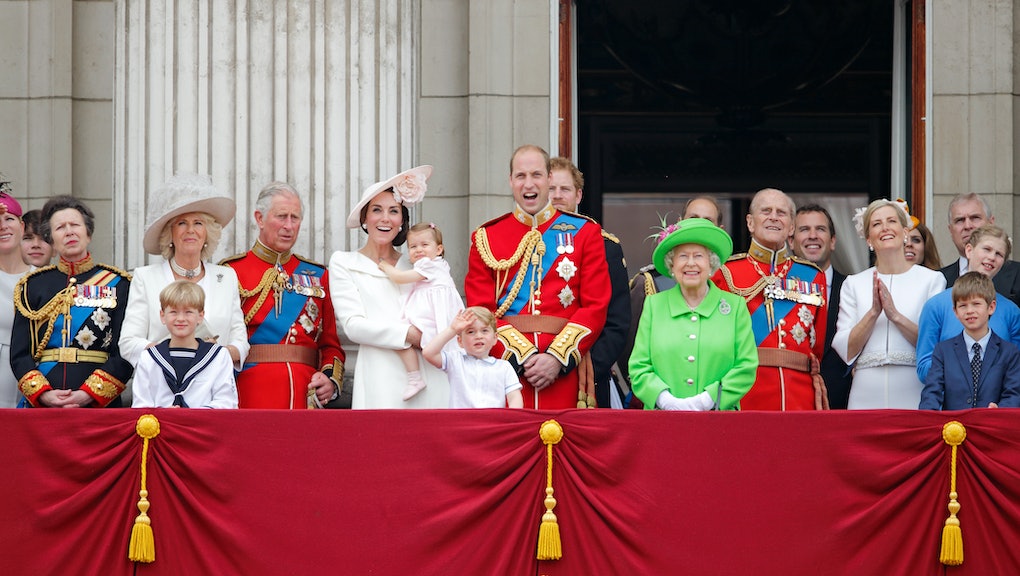 Oprah Winfrey was visibly shocked when Meghan Markle and Prince Harry told her someone in the royal family fretted about “how dark [Archie’s] skin might be” when the then-duchess was pregnant. The day after her bombshell interview aired, Winfrey told CBS News she wasn’t necessarily surprised by allegations of racism within the monarchy. Rather, she was astonished Meghan and Harry called them out for it on primetime television.

In the wake of the couple’s sit-down with Winfrey, Buckingham Palace called the issue of racism within the Firm particularly “concerning” and said the allegations would be "taken very seriously” and “addressed by the family privately." Prince William may not be talking to his brother yet, but he told the press that the royals were “very much not a racist family.” Well evidently, the institution realizes it needs a more robust image rehabilitation plan, and the Queen is planning to appoint a “diversity tsar” to help modernize the monarchy, according to the Daily Mail.

Already underway is a review of diversity policies across the royal households, including at Buckingham Palace (the Queen’s abode), Clarence House (where Charles and Camilla live) and Kensington Palace (where William and Kate reside). According to the BBC’s royal sources, the Firm already had inclusivity policies and procedures in place but has “not seen the progress it would like.” The Daily Mail called the diversity push a “major drive” and reported it will entail collaborating with people from minority backgrounds, disabled people, and the LGBTQ+ community. Monarchy insiders said the royals were listening and “wanted to get this right.”

This idea of improving the Firm’s track record on racism is rather confounding, however, when you consider what the monarchy really represents: one white family’s long-held grasp on power, whose global relevance is entirely due to colonialism. How are they going to diversify themselves, when the sole person of color to marry a member of that family said they made her so miserable that she contemplated suicide? Does Buckingham Palace mean they’re going to hire diverse people to work for the royals? Perhaps they’ll donate the Crown Jewels to an anti-racism organization. (Yeah right.) More realistically, this diversity push is damage control, since it seems increasingly likely the British monarchy is a dinosaur on the brink of extinction.

More like this
Dua Lipa has officially distanced herself from DaBaby
By Kara Weisenstein
Simone Biles is still a hero, and Piers Morgan is still garbage
By Chloe Stillwell
A #MeToo’d Ryan Adams made his bed and now seems pretty uncomfortable in it
By Chloe Stillwell
Stay up to date