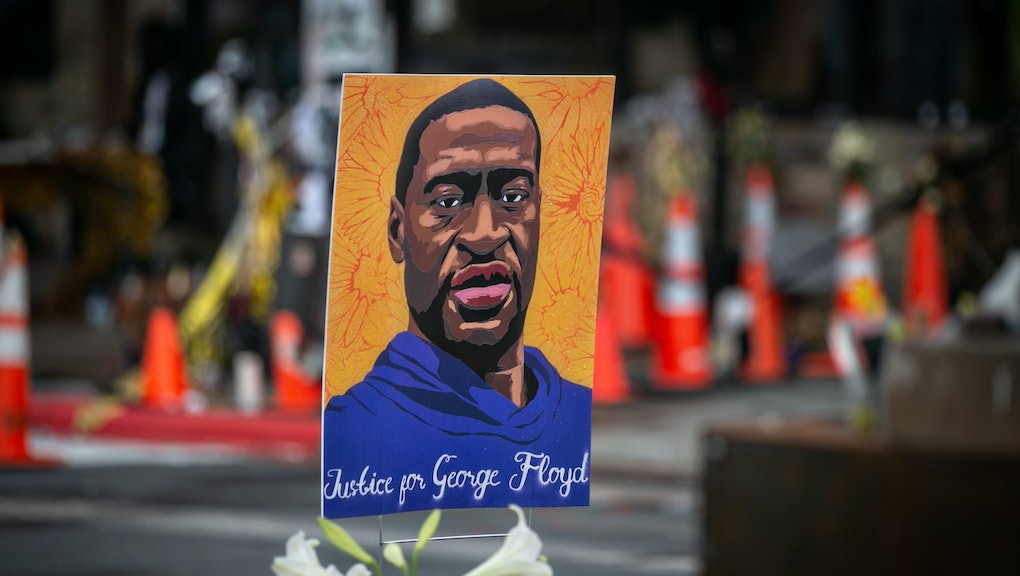 The Chauvin trial is incapable of delivering real justice

Nearly a year after killing George Floyd, former Minneapolis police officer Derek Chauvin is on trial, facing charges of second-degree unintentional murder, third-degree murder, and second-degree manslaughter. If found guilty of any of the charges, Chauvin will likely spend at least a few years in prison. But for many, that reality is not a cause of celebration. Rather, it's an example of how hollow any of the state's options in response to police killings are.

When charges were filed against Chauvin, they initially came as a sort of relief. It's understandable why. Minnesota has shied away from charging officers involved in similar cases before. Look at the 2015 killing of Jamar Clark: In response to the shooting, people protested across the city and even established an 18-day occupation of the street outside of the Minneapolis Police Department's Fourth Precinct, where the officers involved in Clark's death, Mark Ringgenberg and Dustin Schwarze, worked. I was one of those people.

The night police killed Clark, a friend of mine received a text telling him that the police shot somebody in the head on the city's historically Black north side. We arrived at the scene of the shooting as officials were cleaning blood off the streets. Throughout the night, we tweeted what we knew, little glimpses of Clark's last moments relayed to us from the crowd that began gathering outside of the apartment buildings across the street. We didn't know Clark's name yet so we used the intersection as our hashtag: #JamesAndPlymouth.

Most of the protests surrounding Clark are a blur. I do remember always smelling like smoke from the campfires we used to keep warm at the occupation. One night, a friend of mine was concussed by police in the precinct's back alley, and another time a cop held a "less-than-lethal" rifle about a foot from my face while I stared him down. I was arrested once on Interstate 94, and a second time when the city came to clear out the occupation.

Like with Floyd, the pain and grief Minneapolis felt after Clark's killing made headlines. And yet, investigators concluded that the police acted in self-defense following a scuffle with Clark. When announcing his decision to not press charges, Hennepin County Attorney Mike Freeman said, "[Schwarze's] actions were reasonable given both his observations and Ringgenberg's plea." With Clark's case in mind, it's not hard to see why so many people were invigorated by Freeman bringing charges against Chavuin.

However, as the trial unfolds, I find it difficult to feel anything but a vague sort of disgust. In the early stages of the Floyd protests, people made it clear that Minneapolis as a city would cease to exist if nothing was done about the police. The frustration was real; people went so far as to set the Third Precinct, where Chauvin worked, on fire. To me, the precinct burning is the enduring image of 2020, its smoke filling in the gaps between words.

In her book The Black Shoals, Tiffany Lethabo King wrote about a 2015 defacing of a statue of Christopher Columbus, where it was covered with red paint, meant to represent blood, and tagged with the words "Black Lives Matter." Reflecting on the act, King wrote, "The performed revolt and defacement of Columbus ... is also an alternative form of Black writing. This particular form of Black writing disfigures the notion of the normative human as it makes space for something else or otherwise."

Although officials are trying to quell the rage surrounding Floyd's death, that should not be mistaken as solidarity with the enraged.

That challenge to the "normative human" — a post-Enlightenment project where white people's humanity exists through the non-humanity of Black people — is something the state could never hope to mimic. Although officials are trying to quell the rage surrounding Floyd's death, that should not be mistaken as solidarity with the enraged. Chauvin's trial is nothing more than pithy theatrics. This was clear even before the trial itself began, with the decision to have Minnesota Attorney General Keith Ellison lead the prosecution instead of Freeman.

Some celebrated Ellison taking the lead because he is Minnesota's first Black attorney general. Others claimed that Freeman doesn't have the trust of Black people in the state. But does Ellison, who in 2018 voted in favor of a bill that created new penalty for assaulting police? Over two dozen civil rights groups sent a letter to Congress, calling the bill "superfluous" and noting that it — along with similar "Blue Lives Matter" bills — "appears to be a political response to the growing national movement for police accountability in the face of continued killings and assaults of unarmed African Americans."

As Chauvin's trial carries on, it's becoming clear that it is overwhelmingly pro-police. Even the testimony of Minneapolis Police Chief Medaria Arradondo leaves a lot to be desired. Although he condemned Chauvin on the surface, Arradondo followed the prosecutors' cues of relying on the "bad apple" strategy. The focus of Chauvin's trial is about painting him as a cop who didn't follow protocol; an outlier, far from the norm, not someone who behaved in a way typical of a police officer. However, not only is the Minneapolis Police Department full of bad apples, but those same people are often rewarded. The head of the police union, Lt. Bob Kroll, has brutalized numerous people himself and allegedly once wore a white power patch. And Dan May, who is now a lieutenant too, was given a Medal of Valor after shooting 17-year-old Tycel Nelson in the back in 1990.

Even if prosecutors weren't so obviously leaning on pro-police rhetoric, there's really a larger issue: The state can do nothing right here. I say this as an acknowledgement of how deep the problem is. For example, with a trial, incarceration is the only victory that the state has to offer. But putting Chauvin in prison simply legitimizes another form of state violence. And this is not to say go easy on Chauvin, because frankly I spent the first night of Ramadan making a dua that I cannot repeat here.

Ultimately, the trial does nothing for me, and it never will. At the same time, I can't suggest a better action for the state to take because one doesn't exist. The state as it is cannot function if it acknowledges Black people as people, who are worthy of life and love. It has no mechanisms to support our liberation. We, however, do.

Following a grand jury's decision not to indict the Kentucky police who killed Breonna Taylor, I asked Black women to imagine what justice for her would look like. They spoke of global sisterhood, of dismantling white supremacy, of abolition. They, just as we always have, envisioned freedom and liberation beyond the constraints of the state and its carceral systems. They, just as we always have, gave more meaning to these words than any dictionary could hope to.

That is what we need to do.

More like this
All 4 officers involved in George Floyd's death will face federal charges
By AJ Dellinger
Universal basic income: Why doesn't the United States have it yet?
By Rafi Schwartz
Ohio police have "run amok" in their dealings with protesters, a federal judge admitted
By Vanessa Taylor
Stay up to date