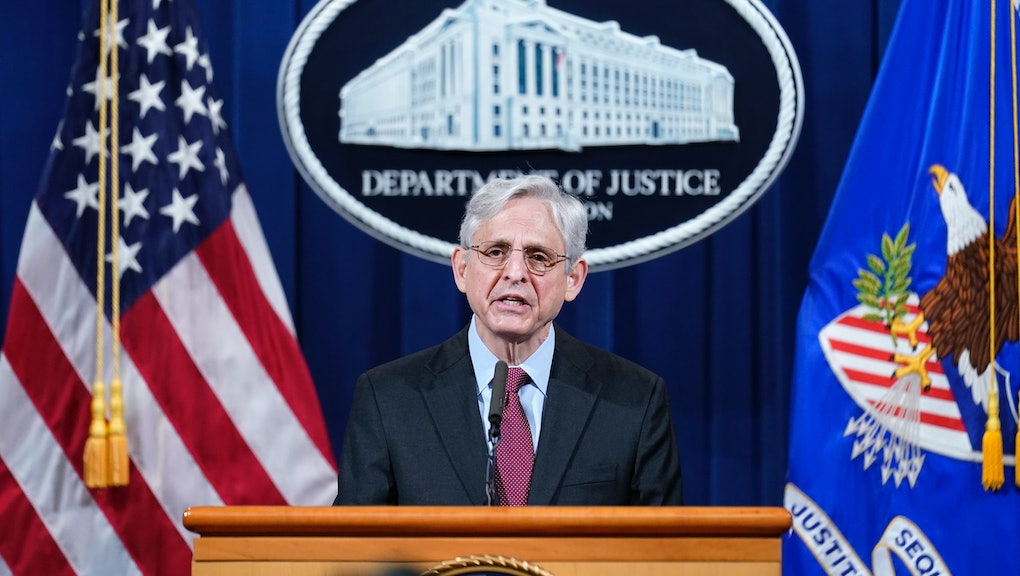 "I know that justice is sometimes slow, sometimes elusive, and sometimes never comes," Garland acknowledged during his brief remarks Wednesday. "The Department of Justice will be unwavering in its pursuit of equal justice under law. We undertake this task with determination and urgency, knowing that change cannot wait."

Crucially, Garland's investigation into the MPD comes just days after the Justice Department announced it would resume entering into consent decrees with cities — a practice that allows the government to affect department policies and procedures, which was curtailed under the Trump administration and then-Attorney General Jeff Sessions. Reinstating the practice of consent decrees affords the DOJ a particularly effective method of addressing any discrimination or other flawed police practices it might uncover in the course of its investigation into the MPD.

This is not, in fact, the first time the Justice Department has delved into Minneapolis's policing practices. In 2014, the DOJ and MPD coordinated on what was described at the time as a "final assessment and implementation plans to support the MPD’s accountability procedures."

News of the DOJ's forthcoming investigation was met with near unanimous support from all but one member of the Minneapolis City Council. The supportive members wrote in a joint statement that it was a welcome change given that "the City Council's oversight of the Minneapolis Police Department has been historically constrained by the City Charter and state law."

Minneapolis Mayor Jacob Frey (D), widely seen as having bungled his city's response to Floyd's murder, also welcomed the investigation, writing in a brief statement that "this is a defining moment of truth and reconciliation in America."

In his remarks Wednesday, Garland emphasized that the investigation was a response to the tragedy of Floyd's death, saying, "I know that nothing can fill the void that the loved ones of George Floyd have experienced since his death. My heart goes out to them and to all those who have experienced similar loss."

More like this
Biden's new office to fight for environmental justice already faces an uphill battle
By AJ Dellinger
Oops, the Arizona recount the MAGA crew demanded actually took votes away from Trump
By Rafi Schwartz
Sure looks like Madison Cawthorn illegally snuck a tactical knife into a school
By Rafi Schwartz
Stay up to date