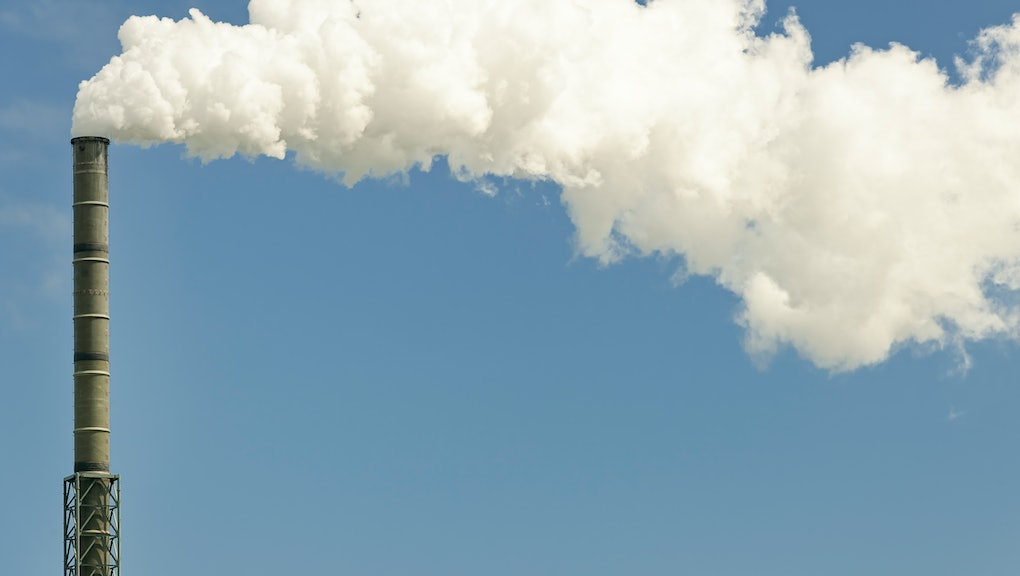 While political leaders across the United States continue to fight the spread of coronavirus, the Trump administration has decided to do the respiratory disease a favor. Trump's Environmental Protection Agency has decided against strengthening a regulation that would limit emissions of industrial soot, a material linked to increased air pollution and lung damage.

The decision comes despite recent research that shows a link between poor air quality and the severity of coronavirus symptoms. A study conducted at Harvard’s T.H. Chan School of Public Health and published earlier this month found that people living in areas dealing with higher levels of particulate matter are about 15 percent more likely to die of COVID-19 than those living in regions with less air pollution.

The EPA's decision focused primarily on particulate matter found in soot, known formally as PM 2.5. The particles are often emitted into the atmosphere from smokestacks operated by oil companies and manufacturers. PM 2.5 pollution is estimated to be responsible for as many as 52,100 premature deaths per year in the US, as the fine particles can make their way into the lungs and bloodstream of humans and cause health complications including asthma, bronchitis, cardiac arrhythmias, and heart attacks. The effects of soot pollution is of particular concern now, as the particles can lead to the types of health conditions that are likely to lead to more severe cases of coronavirus.

The EPA takes a close look at the effects of particulate matter once every five years, as required under the Clean Air Act. However, the last complete review was completed in 2012, and the standard has not changed since then. By the EPA's own calculations, strengthening the existing standard for soot emissions by just 25 percent would save as many as 12,000 lives per year. However, the agency has decided to maintain the existing standard, which has not changed in nearly a decade and limits soot pollution to 12 micrograms per cubic meter. That is above the World Health Organization's recommendation of 10 micrograms per cubic meter.

Despite the outdated standard and an ongoing crisis that is exacerbated by poor air quality, the EPA chose to make no changes regarding soot emissions. Andrew Wheeler, a former coal lobbyist who now heads up the agency, claimed there isn't enough scientific evidence to support the notion of strengthening the standards and cutting back on pollution. “We believe the current standard is protective of public health,” Wheeler said in a telephone call with reporters, according to the New York Times. “Through the 5-year review process we’ve identified a lot of uncertainties. Through those uncertainties we’ve identified that the current standard does not need to be changed.”

The decision is just the latest in a string of policies put forth by the Trump administration that seems to show a disregard for air quality. Last month, the administration finalized a decision to roll back fuel efficiency standards for the automotive industry, undermining a shift toward cars that burn fewer fossil fuels. Trump's EPA also recently pushed forward in an effort to undo mercury regulations while ignoring nearly a decade of new evidence highlighting the dangers of the toxin. It's no wonder why air pollution has been trending down since Trump took office.

More like this
Why is Facebook this confused over letting Donald Trump back?
By Rafi Schwartz
Instagram now lets you add pronouns to your profile. Here's how to do it
By AJ Dellinger
The ethics of solar power are more complicated than you think
By Vanessa Taylor
Stay up to date