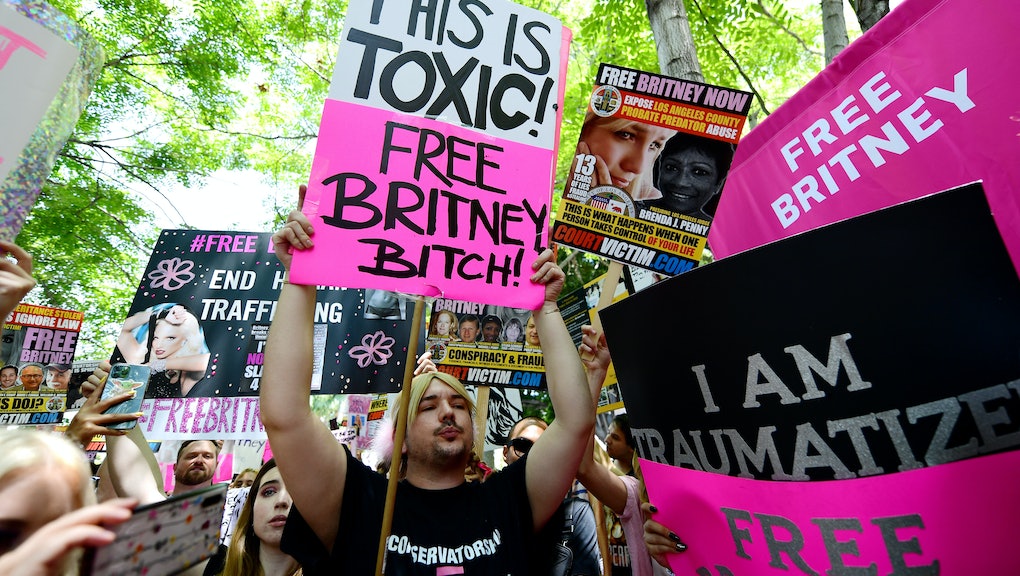 Bipartisan members of the House of Representatives introduced a bill on Tuesday that, if passed, would give Britney Spears and others living under conservatorships a greater say in who makes decisions for them. It's co-sponsored by Democratic Representative Charlie Crist of Florida and Republican Representative Nancy Mace of South Carolina. The reforms proposed by the legislation are pretty modest, in the grand scheme of things. But hey, at least Ted Cruz and Matt Gaetz aren't involved.

The Freedom and Right to Emancipate from Exploitation Act, or the FREE Act, would make it possible for individuals to ask a judge to replace a court-appointed guardian with another responsible party, like a private agent or a family member. The legislation contends this will provide greater accountability, since normally you'd have to prove in court that fraud or abuse was perpetrated to get a replacement conservator.

The government also doesn't have much data on who gets placed under a conservatorship and why. The FREE Act would hopefully increase oversight by mandating financial disclosures and funding independent caseworkers to monitor guardianships for signs of abuse. "We want to make sure that we bring transparency and accountability to the conservatorship process," Rep. Mace told the New York Times. "The Britney Spears conservatorship, it’s a nightmare. If this can happen to her, it can happen to anybody."

Guardianships are supposed to be a last resort, after less-restrictive measures are considered. But judges currently have maximum discretion to decide what's in an individual's "best interest," without many safeguards in place to reevaluate those rulings. The proposed bill points to Spears' unsuccessful, years-long campaign to remove her father as her conservator as proof that her due process rights were violated.

But while the FREE Act would make it easier to replace one guardian with another, it doesn't actually forge a path to end unwanted or unnecessary conservatorships. Rep. Crist said taking baby steps was purposeful to ensure bipartisan support: "We’ve tried to be very smart and focused. That gives us a much greater opportunity to have success," he explained.

Rick Black, who leads the non-profit Center for Estate Administration Reform, helped draft the legislation and said he sees it as the first step in changing the system. "The FREE Act is just a start. But it will drive discussions to hopefully give us statistics to help quantify the issues to help introduce real reforms and prosecute those who execute these crimes," he said. Spears' celebrity prompted politicians to care about guardianship abuse, but there's hope her case will move the needle for normal people, who don't have the same cultural clout. "We’re all taking advantage of the momentum that the Free Britney movement has provided," Black noted.