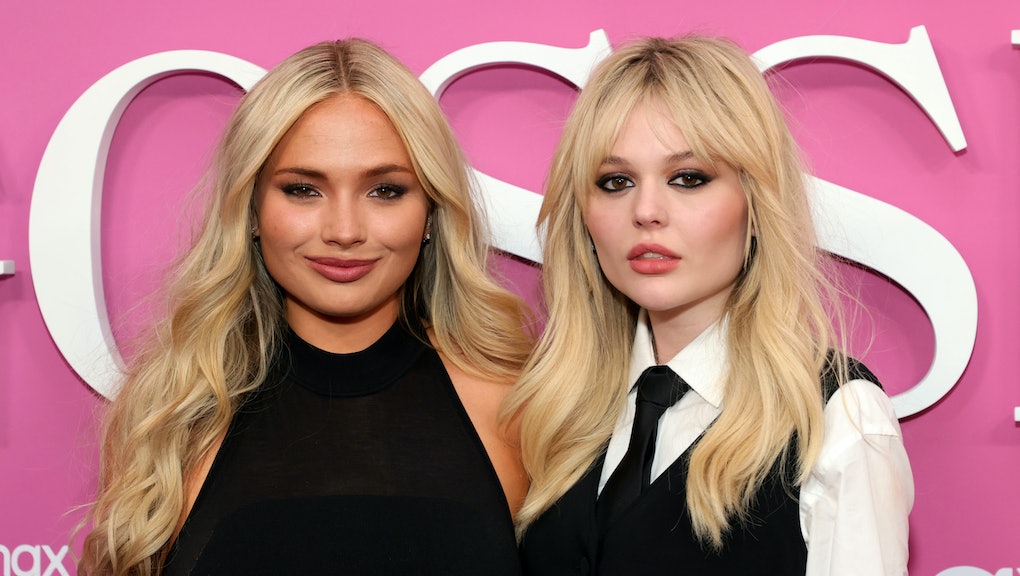 The 'Gossip Girl' reboot is a gender-fluid fashion paradise

When news surfaced that the Gossip Girl reboot wouldn't be bringing back the iconic cast of nosy Upper East Side students, diehard fans had to prepare for the show they loved possibly going in a new direction. Now, that new direction hasn't only included another fantastic show — it champions gender fluidity all the way down to the fabrics that are clothing the show’s biggest stars.

Gossip Girl's costume designer Eric Daman recently broke down the gender-netural inspirations behind the stylish looks draping the students of Constance Billard School for Girls and St. Jude School for Boys. The teenage drama is the main course, but Gossip Girl's fashion is the sizzle that draws many to the show before they get into the story, so it's a great place to make a statement. "At this time, it feels relevant and exciting for me to be able to use this platform to give voice to minority communities and reflect the inclusivity in casting in the clothing as well," Daman said in his interview with Variety.

That inclusivity looks like pretty boys such as Max Wolfe (played by Thomas Doherty) decked in pinstripe blazers and leather loafers while also blending in womenswear with silk scarves and lace blouses. Wolfe, one of the main characters, also "represents a new male identity that is more fluid, that is pansexual," according to Daman. Max appears to be a subtle nod to Chuck Bass from the original Gossip Girl series, but thankfully without any sexual predation and a more modern view on sexuality.

It wouldn't be Gossip Girl if there wasn't an "it" girl, and the wealthy fashion influencer Julien Calloway is her this season. Daman says she shows off a new style of gender-neutral uniforms made up of equal parts men's button-ups and Saint Laurent varsity jackets with leather knee high boots that look like they cost more than most tuitions. When she's not going over the rules of joining her cool kids clique, she's showing viewers that the uniform of the fashionistas on Gossip Girl is one not confined to gender constructs.

That's why Julien's best friend Audrey Hope pairs cute knee-high socks with large menswear tops. Inclusivity is in at these Gossip Girl schools, and it's the latest example of TV looking a lot more like the world we're living in. Weeks before Gossip Girl's pilot episode debuted and turned the show into a gender-fluid fashion show, Disney made the unprecedented move in not only revealing the main character of Loki, and one of the most popular characters in the Marvel Cinematic Universe, was sexually fluid but manifested that sexual fluidity by pairing him with a woman version of himself in Sylvie. In 2019, Showtime revived one of its most progressive TV shows, The L Word, for a new generation as The L Word: Generation Q and is based around an assortment of women across the sexual spectrum going through complex real-life issues not centered solely around their sexuality, showing how gender fluidity is an identity that shouldn't blind people from the characters' humanity.

These TV shows aren't leading the charge as much as they are reflecting the changing times. Researchers at the University of Minnesota's Program in Human Sexuality examined results from a 2016 survey of nearly 81,000 Minnesota students in the 9th and 11th grades and found more than 2,200 students answered yes to the question: Do you consider yourself transgender, genderqueer, gender-fluid or unsure of your gender identification? That is a huge leap from a 2017 UCLA survey which estimated .7% teens identified as transgender who are between the ages of 13-17.

At some point, people being themselves on TV will no longer be newsworthy because it'll be normalized. It's good to know TV is changing at the speed of the world.

More like this
Kid Cudi is not here for your ridiculous gender norms
By Brandon Yu
What could possibly explain Carrie Bradshaw shopping at Forever 21?
By Kara Weisenstein
Even 'Arthur' can't escape the cynical rules of modern entertainment
By Brandon Yu
Stay up to date