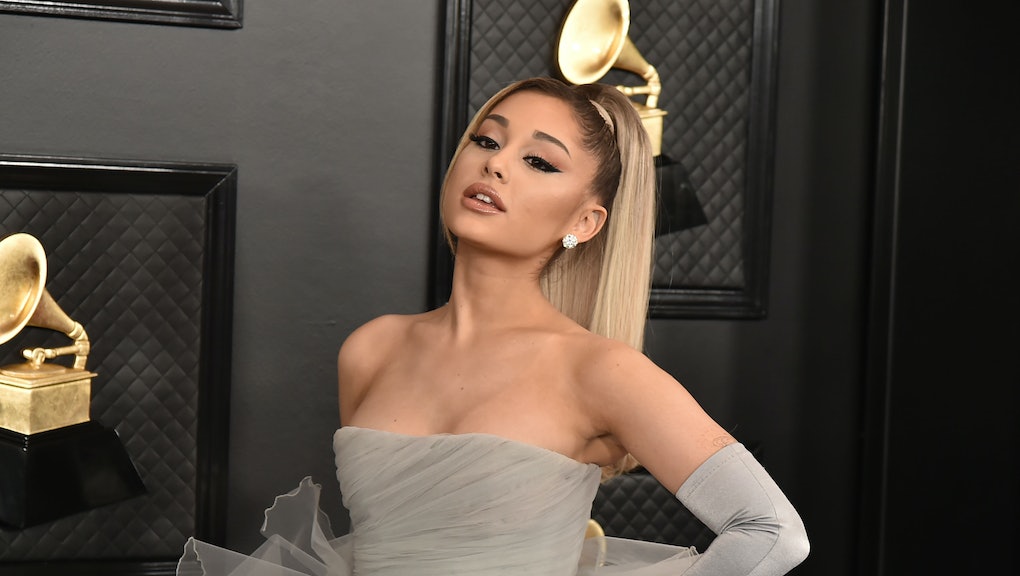 The list of celebrities who support Bernie Sanders is really, really long

On Super Tuesday tomorrow, voters in 14 different states will decide the next phase of the Democratic primary race. Joe Biden scored a big win in South Carolina over the weekend, but Bernie Sanders remains the candidate to beat. With Mayor Pete and Amy Klobuchar out of the race, will moderates coalesce around Biden to keep a Democratic Socialist off the ticket in November? Could Elizabeth Warren pull off a late-in-the game resurgence? Or will the Bernie campaign’s youthful energy inspire the nation?

As anyone who pinned hopes and dreams on the 2016 election will tell you, it can be hard to gauge how voters really feel and, thus, predict these things. Social media and who we follow have largely turned our timelines into echo chambers.

A staggering number of highly-influential people in Hollywood and beyond have thrown their weight behind one particular candidate this election cycle. Tom Hanks and Cher may “believe” in a Biden candidacy… but overwhelmingly, celebrities feel the Bern. Stars like Ariana Grande, Bon Iver, Cardi B, Emily Ratajkowski, Hailey Bieber, Jack Nickolson, Lil Yachty, Lizzo, Spike Lee, Tessa Thompson… (the list literally goes on and on and on…) are all vocal Sanders supporters.

Stars aren’t just endorsing Sanders, they’re actively showing up for the candidate. Over the weekend, Kid Cudi was spotted at the Los Angeles rally for Sanders that drew more than 17,000 people. He posted a selfie cheesing with comedian Sarah Silverman, who was there to perform. They were hardly the lone celebrities in attendance: Chuck D, legendary frontman of Public Enemy, did a 30-minute set that, fittingly, included “Fight the Power.”

Bands started lining up to play at Sanders rallies in key states en masse earlier this year. The Strokes headlined a rally in New Hampshire; Bon Iver and Vampire Weekend each performed ahead of the Iowa caucuses. Kim Gordon, singer and bassist of Sonic Youth, opted to pound the pavement for Bernie. She invited her more than 300,000 Instagram followers to join her canvassing door-to-door in the San Fernando Valley in February.

Sure, it’s cool to attend a political rally and have it double as an indie rock concert. And imagine answering the door to find Kim Gordon on your porch! I’d faint. But at the end of the election cycle, will the glitz and glamour matter? Nate Sloan, professor of musicology at USC, told the Los Angeles Times he thinks celebrities’ political impact is diluted these days thanks to social media. Once, the support of famous musicians was essential to boost a candidate’s profile; Bruce Springsteen performed in support of the Democratic presidential frontrunner for decades, for example. Now, that’s not always the case.

“We’ve seen examples where certain artists making public statements about politics backfired,” Sloan said. “Lady Gaga was actually used by Trump in 2016 for her support of a Democratic candidate, and that became a rallying cry for how many people didn’t like her.”

By contrast, the right sort of Sanders celebrity endorsement could help the candidate win over a tricky demographic. “Neil Young has a fan base that’s somewhat older, probably white, probably male — a lot of people who would be voting for Trump,” Sloan added. “Perhaps his letter may have more impact than one coming from Lady Gaga.”

Here’s a list of all the notable stars who’ve endorsed Bernie Sanders so far:

How to Dress Well

James Cromwell (the actor from Babe)

Public Enemy (but not Flavor Flav)