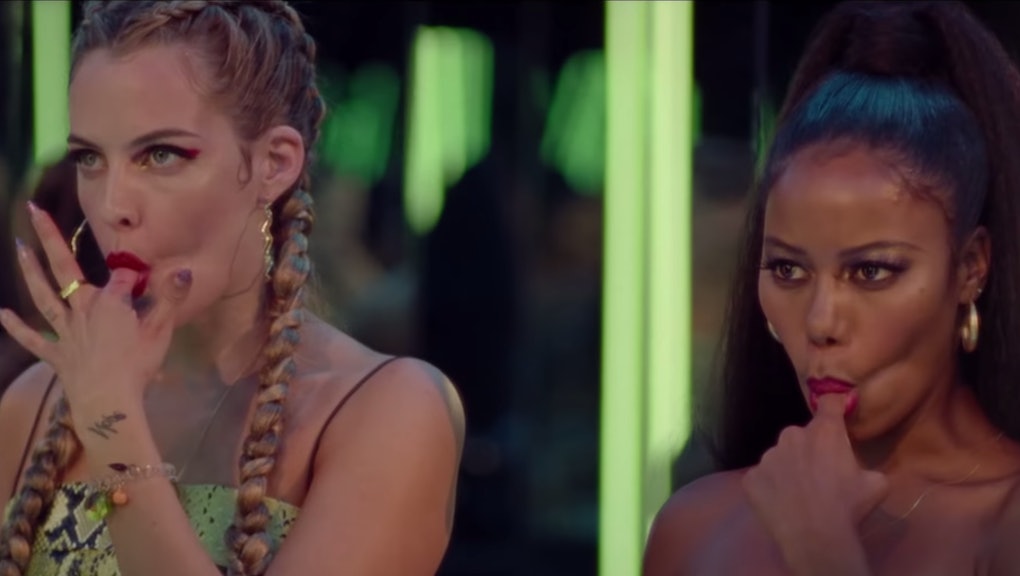 The long-awaited 'Zola' movie looks so, so good

HEY. Be ready. More than a year after Zola premiered to critical acclaim at Sundance 2020 pre-pandemic, the film about a "hoe trip" to Florida gone dangerously awry will finally, finally open in theaters on June 30. A24 released the official trailer for Zola on Wednesday, and the film looks every bit as wild and entertaining as the viral Twitter saga that inspired it.

As a little refresher, Aziah “Zola” Wells King relayed her epic tale of "how me and this bitch here fell out" across 150 tweets in 2015. "It's kind of long but full of suspense," she infamously noted. What started as a straightforward weekend of dancing at lucrative Florida strip clubs devolved into a nightmarish series of misadventures involving a nameless pimp, Tampa gangsters, and a bumbling boyfriend.

Two of my favorite artists, director Janicza Bravo and writer Jeremy O. Harris, teamed up to turn the absolutely bonkers and suspenseful tale into a film, and it looks sumptuous and sharply funny. At the 2020 premiere, Bravo said she became “immediately obsessed” with Zola's Twitter thread in 2015 when it was shared in the group text chain she's in with her girlfriends in Los Angeles. Taylour Paige and Riley Keough feature as Zola and her frenemy, Stefani, respectively. Colman Domingo and Nicholas Braun play Stefani's pimp and boyfriend.

I mean, there are so many reasons to watch the Zola trailer like ten times immediately. One is for the Mykki Blanco track "My Nene," which soundtracks the teaser. Another is for the cringe-larious way Cousin Greg, I mean Braun, says he's in Florida to make "schmoney." Yet a third is the mesmerizing grace with which Paige twirls upside-down on a stripper pole in the video's opening seconds. Enough procrastinating already! Watch the Zola trailer below:

More like this
A male actor dubbed Laverne Cox's voice in the Italian version of 'Promising Young Woman’
By Kara Weisenstein
The NFT gold rush, explained by the world's first meme manager
By Kara Weisenstein
Could COVID-19 lead to erectile dysfunction?
By Melissa Pandika
Stay up to date