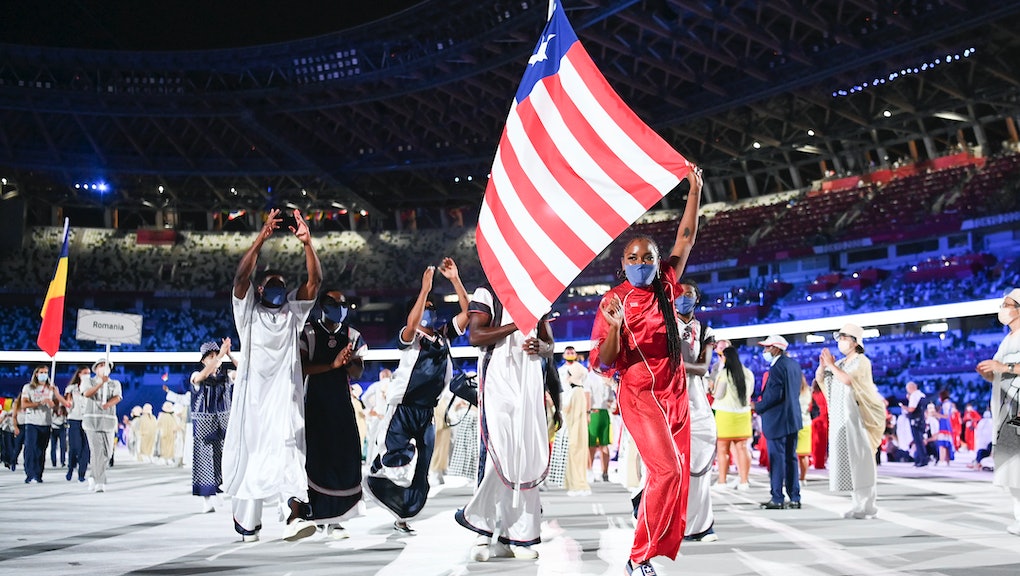 The Olympics don't feel the same this year, and maybe they never will again

In previous decades, there was a cliched exchange that would happen in television, movies and in the corners of daily life. If you could wish for anything, what would you wish for? The joke-y reply: world peace. It was a smarmy answer because the notion, of course, has always felt impossibly lofty and naive. Yet every couple years, for a few weeks, we get a faux-spoonful of it in the Olympic Games, a global centuries-long tradition that, even if artificial, upholds the idea of the world coming together, if only in celebration of athletic competition and sportsmanship.

For American fans, though, the Olympics have always been a bit of a dissonant affair: you could buy into that ideal that the Olympics purportedly represent, while also reveling in the fact that your athletes were an avatar for your nation as a superpower — the domination of other countries' athletes just another version of America’s global hegemony. Yet, this year, not only is that dissonance louder than ever, the national pride itself feels false. Perhaps this is why, among an unending cascade of bad news out of Tokyo, it was reported yesterday that U.S. viewership for the opening ceremony of the Tokyo Games hit its lowest in 33 years.

Granted, this valley in the television audience numbers could be accounted for in another way: the ongoing trend of cord-cutting has made it harder and perhaps less interesting to watch an appointment-television event on NBC. But, as with so many things in the past year and a half, perhaps it’s explained more simply via the pandemic. Beyond the more obvious consequences though — the games, of course, were postponed from last year due to the global outbreak of COVID-19 — the pandemic has punctured our illusions around what the Olympics mean symbolically, for everyone but particularly for Americans as citizens of the world.

The theme that ran through the Opening Ceremony and will surely throughout the rest of the games, centers around honoring the perseverance and tragedies of such a challenging past year, while highlighting the importance of coming together as a community in a time when we were forced to isolate ourselves amid such darkness. But the darkness is still there, just glossed over with a fake sheen.

We still had an opening ceremony that was shooting fireworks while protests from Tokyo’s own citizens (only 23% of the population is vaccinated; one sign read, “Olympics Kill the Poor”) could be heard from within the stadium. We still have an Olympics that is attempting to suppress athlete protests, and amid a surge in COVID-19 cases, ignoring the fact that a vast majority of Japan’s own residents are against the Games (a survey in May indicated a whopping 83% of those in Japan were against the Olympics occurring this summer). And perhaps worst of all, you have a show of faux global unity when most countries are left imperiled by a virus still ravaging much of the world because other nations, namely America, have been largely tight-gripped over its vaccines while thousands continue to die daily.

Speaking of these inequities, America of course has perhaps never felt more exposed internally. The pandemic has more than ever revealed the vast wealth gap and the blatant weaponization of citizens’ lives as pawns in grander agendas of power. We are a country that has the ability to willingly allow a virus to run rampant and kill 600,000; the cruelty to refuse help in a myriad of ways for those most in need; the wealth to fund and find a seemingly miraculous vaccine within a year; the ignorance to refuse the cure en masse; and the greed to hoard the cure from others across borderlines. What does national pride on a global stage mean anymore in light of a year like this?

Even for those who always saw the Olympic Games as a bit of a sham in its symbolism, who felt queasy hearing the jingoistic U-S-A chants, it still was a way to buy into a manufactured thrill of pride and inspiration in momentary world solidarity, or in the majesty and grit of individual athletes. This year, the sham of it all is harder than ever to ignore. The more horrific truth is that this trend will only continue: these various inequities and imbalances of power will feel ever-present amid the continuing destabilizations via climate change and the growing wealth gaps via global capitalism.

This isn’t to say millions won’t or shouldn't still tune in to witness the reliably awe-inspiring performances from the likes of Simone Biles or Naomi Osaka. As a faithful Olympic watcher, I still watched parts of the opening ceremony, and I’ll still likely feel the tingle of pride when the next American who we had previously never heard of before is suddenly gilded a national treasure, via the flick of a wrist, the twirl of a body, or the length of a millisecond. But it’s undeniable that the Games are not the same this year, and perhaps they never will be again.