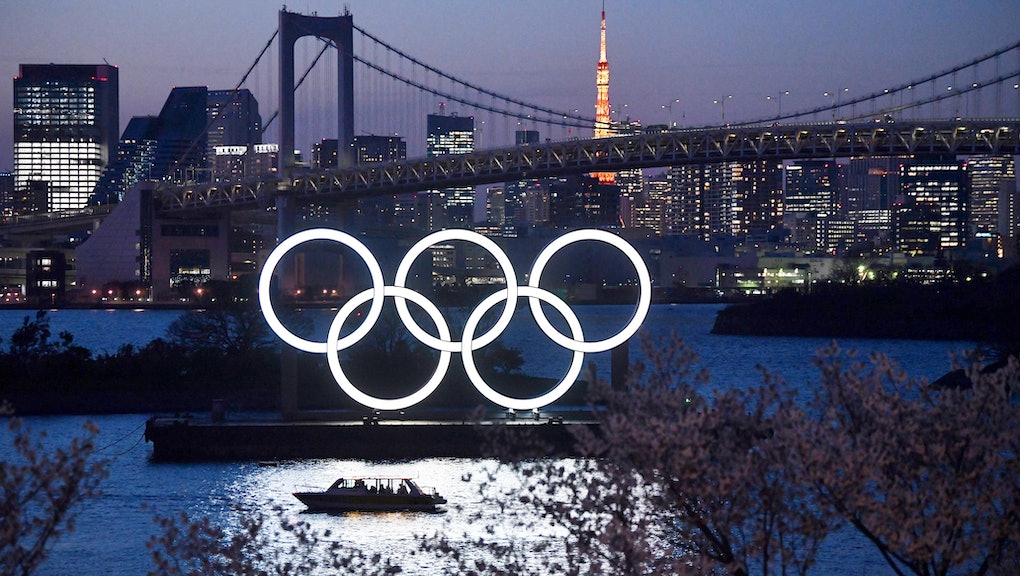 The Tokyo Olympics are already a huge mess

Delayed a year in the hopes the pandemic would have ebbed by now, the 2020 Tokyo Olympics are finally slated to begin this week. The first competitions kick off on Wednesday, with the Opening Ceremony on Friday. While there won't be any spectators in the stands, holding the Games while COVID-19 is still rampant is a risky and highly controversial move.

Around 20,000 athletes, coaches, referees and other officials have arrived in Tokyo in recent days, and more than two dozen people have already tested positive for coronavirus, with at least three cases inside the Olympic Village. Another 33 Japanese residents working the Games are also sick.

An alternate on the U.S. women's gymnastics team, 18-year-old Kara Eaker, tested positive while training in Chiba prefecture outside Tokyo. She'll quarantine for 10 to 14 days, which essentially sidelines her from the Olympics. One of her teammates, fellow alternate Leanne Wong, who is 17, is a close contact and has to isolate until approximately July 31. Eaker has been vaccinated but Wong has not. Heartbreakingly, 17-year-old American tennis player Coco Gauff also caught the virus and will miss the Games.

Additionally, two players and one official from the South African soccer team tested positive inside the Olympic Village. Another 21 people who were in close contact with them are in isolation. A beach volleyball player from the Czech Republic, Ondřej Perušič’, also has coronavirus. Plus, six Olympians and two staff members from the U.K. went into quarantine after they found out they sat near someone on their flight to Tokyo who tested positive.

The COVID-19 cases are bound to keep piling up, but the International Olympic Committee seems relatively chill about this prospect. "There is no such thing as zero risk," said Christophe Dubi, the IOC’s sports director, at a press conference over the weekend. Frequent testing, thorough contact tracing and quickly quarantining folks will mean the Olympic Village is "a Covid-safe environment but not Covid free," he added. Athletes are being tested daily while in Tokyo and have to test negative within six hours of their event to compete.

Organizers may be nonplussed, but the Japanese public is anxious. According to a Kyodo News poll released over the weekend, 87 percent of people surveyed said they were worried about hosting the Games amid the pandemic. Toyota, a major corporate sponsor, announced on Monday it was pulling all its Olympic-themed advertisements from Japanese TV.

Not only are the Games plagued by respiratory illness, Tokyo is experiencing a heatwave, and these are slated to be the hottest Olympics ever. The city is warning residents not to exercise outside, but that mandate doesn't extend to professional athletes, and the conditions could be grueling. During beach volleyball training sessions on Monday morning, the hot sand was burning players' feet and had to be hosed down. All sorts of schemes have been implemented to beat the heat, from cooling tents and ice baths for athletes to ice-packed vests for officials and air-conditioned jackets for the Americans.

The other news trickling out of Tokyo so far has been similarly chaotic. Japanese musician Keigo Oyamada, who performs as Cornelius, resigned from the Olympics on Monday after admitting that he viciously bullied classmates with disabilities when he was a student. The 52-year-old composed music for the opening and closing ceremonies, and it's unclear whether the Games will still use his work.

Then there's the kerfuffle over the "anti-sex" beds provided for athletes in the Olympic Village, which are made out of cardboard. Organizers say that they'll be recycled into paper products after the Games, and they're apparently sturdy enough to support over 400 pounds. But American runner Paul Chelimo popularized the notion that the flimsy-looking bed frames were intended to discourage athletes from certain off-court activities.

Finally, the most delicious problem facing the Tokyo Olympics is the "plague of oysters" that threatened to ruin a major watersports venue. You see, officials installed floats in the Sea Forest Waterway in Tokyo Bay to stop waves from crashing into athletes. But when the floats started mysteriously sinking, they discovered massive numbers of oysters had attached themselves to the equipment. Emergency repairs have cost $1.28 million and crews removed 14 tons of shellfish. What's more, the mollusks are magaki oysters, a delicacy in Japan. The bumper crop is easily worth tens of thousands of dollars, but nobody's profiting off the gourmet seafood. "We did not consider consuming them. That would entail safety checks," an official told the Asahi Shimbun newspaper.

There are plenty of Olympic moments to look forward to, including Naomi Osaka's return to the tennis court and Simone Biles' anticipated domination of gymnastics. Still, there will likely be a lot more commotion at the Tokyo Games in coming weeks, not only as more people inevitably get sick, but also as athletes use the Olympics as a platform for protest, as some are expected to. Hang on, everybody. It's bound to be a wild few weeks in the sporting world.