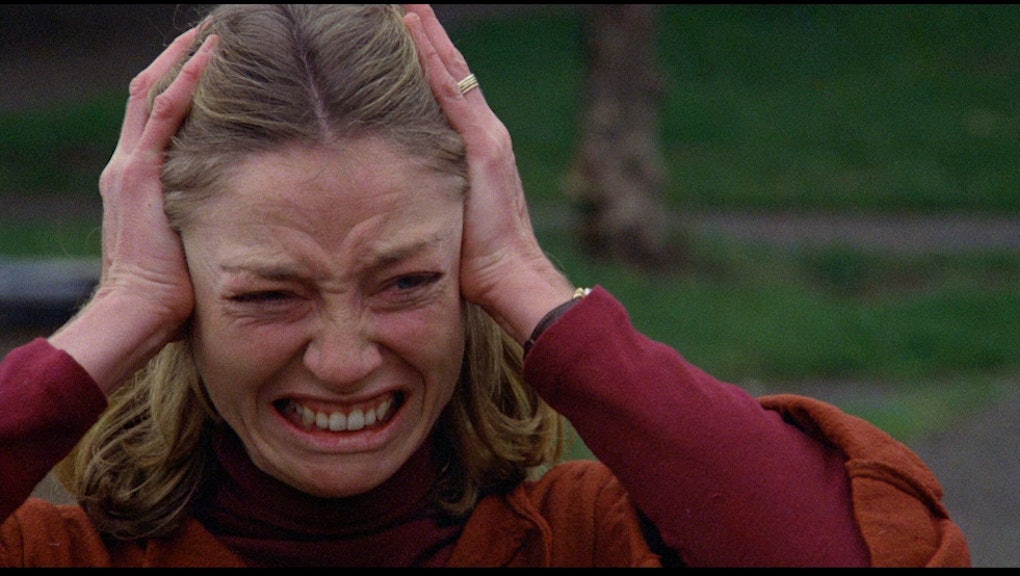 Veronica Cartwright in Invasion of the Body Snatchers (1978) via IMDb

The post-coronavirus world is looking like 'Invasion of the Bodysnatchers'

Health experts say social distancing is essential in the fight to curb coronavirus. But some of the measures being taken to ensure people stay six-feet-or-more apart seem downright dystopian.

Take the headless robot dog deployed in a Singapore park to enforce the country’s lockdown rules. It’s equipped with cameras to monitor the number of people congregating there and speakers that broadcast a social distancing PSA. A female voice encourages anyone within earshot to “keep Singapore healthy. For your own safety and for those around you, please stand at least one meter apart. Thank you.” The bot might not be so terrifying if it didn't so closely resemble the killer pooch from Black Mirror.

When China’s pro baseball league restarted its season in early April, without fans, a Taiwanese team filled the empty stadium seats with mannequins, to give the illusion of a crowd. The Rakuten Monkeys even scattered robots banging drums throughout the stadium to make some noise for the players.

A Michelin-starred restaurant in Virginia might be the first to deploy this tactic stateside. When the Inn at Little Washington is allowed to reopen at half-capacity at the end of May, as part of Governor Ralph Northam’s stipulations for restaurants to resume service, its staff will serve parties of mannequins alongside living, breathing guests. The mannequins will be dressed in 1940s garb by the costume designer from the nearby Signature Theatre in Arlington, Virginia.

"I've always had a thing for mannequins — they never complain about anything, and you can have lots of fun dressing them up," Patrick O'Connell, a James Beard award-winner, told Departures. "When we needed to solve the problem of social distancing and to reduce our restaurant's occupancy by half, the solution seemed obvious — fill it with interestingly dressed dummies. This would allow plenty of space between real guests and elicit a few smiles and provide some fun photo ops."

While the mannequin workaround is certainly a creative approach to social distancing, the idea of dining amidst a bunch of dolls has lots of people feeling creeped out.

I’d give anything to go back to the world of a few months ago, when you could go to a nightclub, restaurant, movie theater or concert without worrying about contracting a deadly disease. But as enticing as it sounds to pretend like everything’s normal and start going out again, I think I’ll wait things out till I can eat a fancy dinner without worrying the inanimate couple at the table next to me might come to life and murder me with their steak knives… or something.

More like this
How “stoopers” turned New York City sidewalks into trendy, sustainable thrift shops
By Jasmine Vojdani
'Paddington 2' has officially ousted 'Citizen Kane' as the greatest film of all time
By Kara Weisenstein
Caitlyn Jenner's campaign is off to a great start!
By Rafi Schwartz
Stay up to date