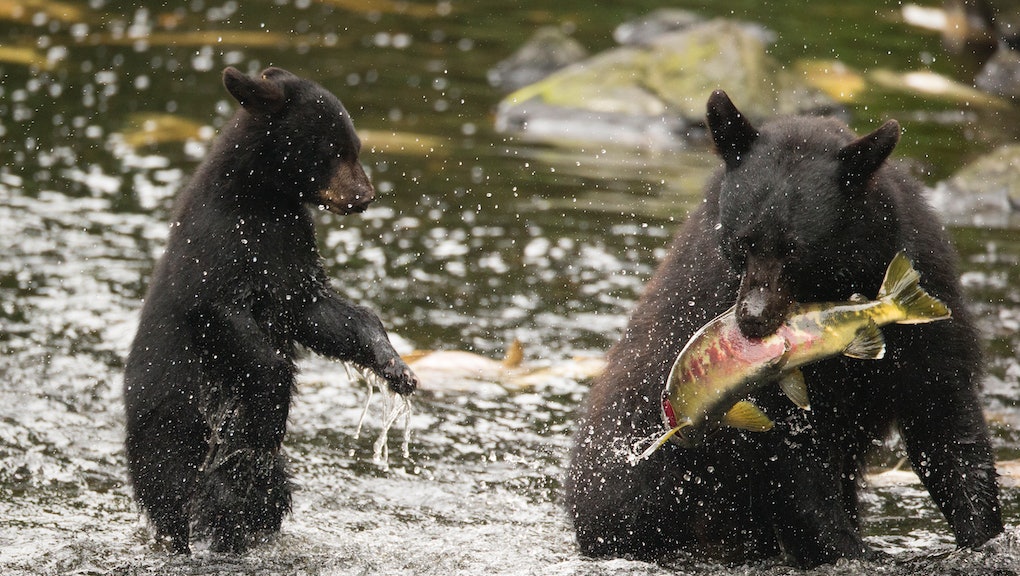 The Trump administration is getting ready to turn hunting in Alaska's national preserves into a free-for-all. A new rule, published Tuesday by the National Park Service, will undo prohibitions on hunting and baiting tactics put in place by the Obama administration in 2015. With those restrictions lifted, hunters in the region will be able to once again utilize cruel and barbaric methods to take down wildlife. That includes baiting bears with donuts and bacon grease, using artificial lights to blind and then shoot hibernating bears and wolves — including cubs — in their dens, and shooting caribou and other animals from motorboats and aircraft.

The rule undoes bans on these practices that were established five years ago in the Alaska National Interest Lands Conservation Act. Starting July 9, 30 days from the date that the new rule was officially published, hunters will once again be able to use these once-outlawed tactics to hunt animals across Alaska’s 10 natural preserves, which cover nearly 20 million acres of federal land.

When the Obama administration first banned these practices, it did so with the goal of maintaining a careful balance of the ecosystems within the Alaskan preserves. That has basically been thrown out of the window now. Few things can disrupt a delicate ecosystem quite like introducing human junk food like donuts into the mix, which can cause considerable complications for the animals exposed to it. Animals, and bears in particular, can get addicted to junk food, which can result in them hibernating less and aging faster at a cellular level. When those animals hibernate less, it can have cascading effects on the ecosystem, resulting in the animals breeding less, becoming more aggressive, and throwing off their normal metabolism.

Trump has not exactly been a friend to animals during his time in office. The administration has gone to great lengths to strip animals of protections at just about every turn. Last year, the administration stripped the Endangered Species Act of protections that had previously preserved thousands of species that may have otherwise faced extinction and put a number of already reeling animal species at risk. Earlier this year, Trump and his cohorts announced that they would weaken protections within the Migratory Bird Act and allow industry interests to turn birds into collateral damage as they carry on with their polluting practices. In total, the Trump administration has already rolled back or repealed entirely more than 100 environmental protections, many of which have an adverse effect on animals and wildlife.

Trump's latest rule has been widely condemned by wildlife protection groups, including the Humane Society of the United States, which is currently pursuing legal action to help protect the Obama-era rules. If there is one person who is likely thrilled by the new rule, it's Donald Trump, Jr. The president's son is an avid hunter and more than happy to use taxpayer dollars to go off and kill animals for sport. Trump Jr. also came under fire for a hunting trip to Africa where he posed with a number of animals he killed, including an elephant, a buffalo and a leopard. The Trump administration has made a number of decision that favor big game and sport hunters, including a decision to lift a ban on elephant trophies from Zimbabwe and Zambia.